US Supreme Court to again hear Little Sisters of the Poor

A religious order of sisters is still fighting against being forced to provide contraception after a nearly decade-long battle in the courts.

The Little Sisters of the poor are heading back to the U.S. Supreme Court Wednesday, where justices will hear oral arguments about the latest effort to force the sisters to abandon their Catholic beliefs.

In January 2012, the Affordable Care Act — aka Obamacare — required employer health plans to provide free contraceptives, sterilizations and abortion-inducing drugs to employees, and that included employees of the Little Sisters of the Poor.

After four years of litigation and losing in lower federal courts, the Supreme Court ruled partially in favor of the sisters in 2016 by annulling the lower court ruling and sending them back to lower courts for further deliberation.

But in 2019, lower federal courts in California and Pennsylvania ruled against them, and now the Supreme Court is again taking up the discussion, which will begin via telephone on Wednesday.

The oral arguments will also involve President Donald Trump, who in 2017 signed an executive order exempting the sisters from the mandate.

The states of New Jersey and Pennsylvania sued the Trump administration, alleging he's overreaching, and Americans will be watching to see if the high court will defend religious liberties or oppression. 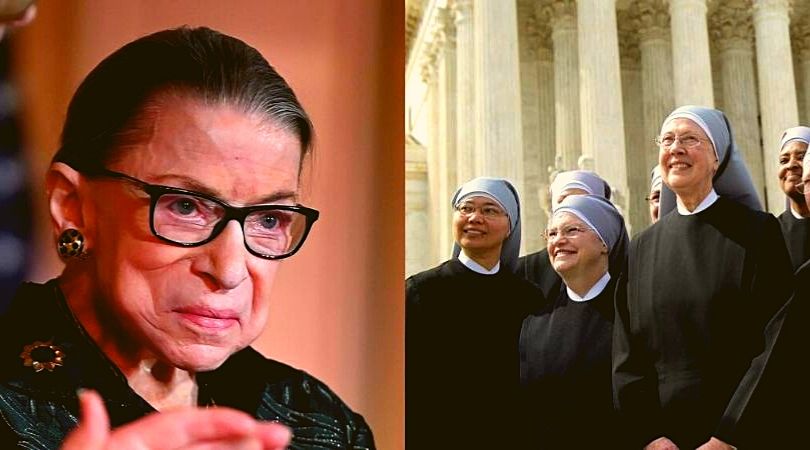 ‘Ginsburg v. Little Sisters of the Poor’
By Kristine Christlieb   •   0