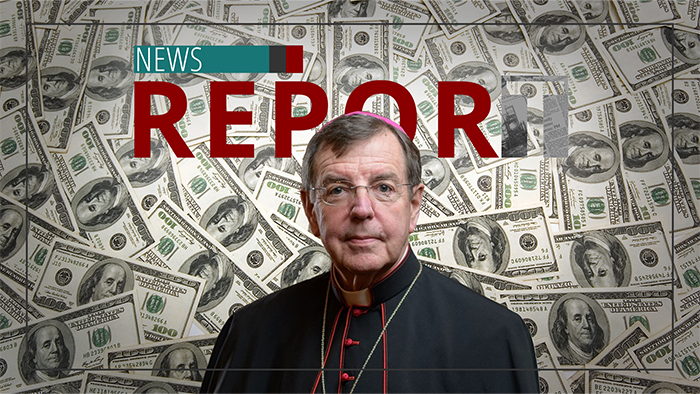 Abp. Allen Vigneron, archdiocese of Detroit: "Over the next two years, our parishes will join other parishes in new groupings called 'Families of Parishes.'"

Priests are hitting back at the archbishop of Detroit's latest church-restructuring scheme.

Anonymous priest #1: "This is a big power grab, a big money grab, and it's harmful for priests: It takes away what a priest is, takes away his ability to be a pastor, to be a shepherd of his people."

Anonymous priest #2: "Downtown knows most priests hate this, and they still want to push this through."

Anonymous priest #3: "This scheme is a total perversion of pastors, priests and parishes."

The archdiocese is grouping three or four parishes into what they're calling a "family," summarily removing pastors and demoting them. Power to control finances and even set Mass times and locations is placed in the hands of a layperson.

Anonymous priest #1: "All those laypeople are really going to run things. It's those laypeople who will be running the budget, doing the hiring and firing. The pastor absolutely loses control of his parish."

In May, 16 Detroit priests filed a formal complaint with the Vatican's Congregation for the Clergy:

A highly complex program is being implemented in the archdiocese of Detroit, which seems to disregard priests' canonical rights and promises to be highly detrimental pastorally. ... Those who have raised questions have been met with summons to quasi-disciplinary hearings and demeaning language such as "you don't have faith."

Abp. Allen Vigneron: "We asked God to send the Holy Spirit to transform our archdiocese."

While Abp. Vigneron is touting this as a "work of the Holy Spirit," clergy say it's anything but.

To show just how much Detroit Catholics oppose the scheme, there are actually clergy and laypeople praying, fasting and even offering up Holy Communion for the intention that Families of Parishes fails.