Conservative commentator and comedian Steven Crowder is asking for Catholics to discuss the Catholic faith with him on his show, and who better to do it than Michael Voris?

Besides having been a contributor to Fox News, Breitbart, the Blaze and other news outlets, he uses his show, Louder With Crowder, to comment on politics and social matters like feminism, Islam, racism and the war on masculinity. He often writes hilarious parodies and engages in undercover interviews.

On the June 13 episode of his show, Louder With Crowder, he told his audience he had just attended a Catholic friend's wedding in Ireland where some Catholics told him if he were really a "truth seeker," then he would be Catholic.

He then suggests to viewers, "Let's have a Convert Crowder week because I'd love to hear the arguments," adding, "If you think I'm Hellbound or if I'm a real truth seeker, I'd be Catholic, I would like to hear why you think that is."

"I've tried to avoid that conversation because I think there's so much that we have in common, but sometimes it becomes hard when you're in Ireland at a Catholic wedding at a Latin service and people are telling you, 'You should really think of converting to Catholicism,'" he revealed.

"If someone wants to come on ... I think that would be interesting; I would love to have you on and I'd love to hear why, perhaps, I'm wrong about the Church. I'm open to ideas, I'm open to being scolded," he continued.

@scrowder Hey Steven, @Michael_Voris would be a great Catholic to speak to for ConvertCrowder week. Hit me up and I'll make it happen.

Contact Crowder (@scrowder) and his producer, Jerod Monroe (@NotGayJared) and recommend he speak to Michael Voris (@Michael_Voris) — and don't forget to include Church Militant (@Church_Militant). 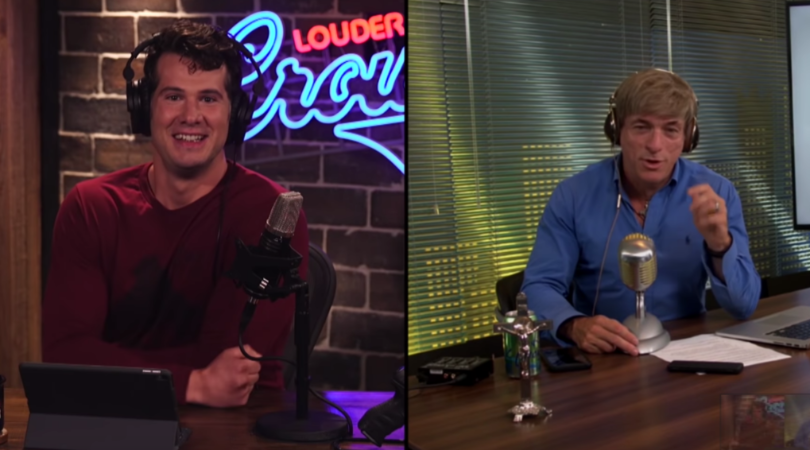