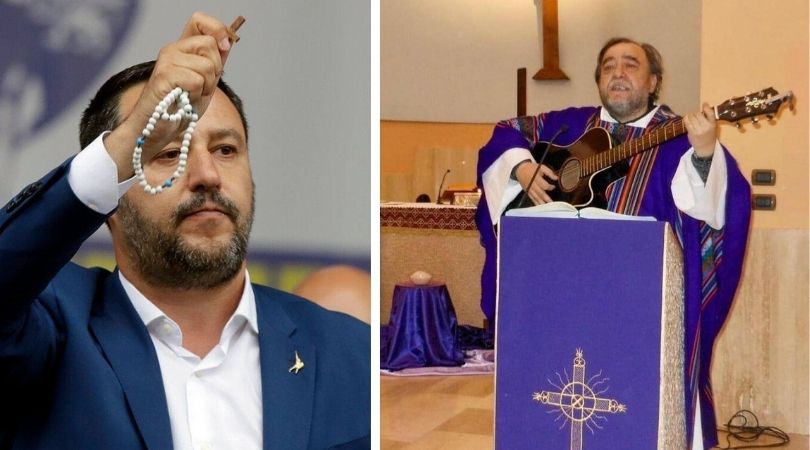 BENEVENTO, Italy (ChurchMilitant.com) - A well-known priest who heads an Italian branch of the Catholic relief agency Caritas claims he forgot to delete child pornography he had collected to investigate pedophilia in the Church.

Fr. De Blasio, parish priest of the Church of San Modesto in the archdiocese of Benevento (in southwestern Italy), has been suspended from his duties as pastor and director of Caritas.

Investigators described the pictures as "gruesome," but the priest firmly denied "any kind of attraction towards the images," claiming that the images were part of a dossier he was "collecting between 2015 and 2016 to document the phenomenon of child pornography in the Church."

The priest stopped collecting the material when he realized it was illegal but left the data in the hard disk of his laptop, which had since stopped working. "The PC hasn't worked for years; I forgot to delete the folder," De Blasio told investigating judge Gelsomina Palmieri.

"Those files never ended up online," argued defense lawyers for the pro-migrant, left-wing priest, who made headlines for his public attacks on anti-immigration former interior minister Matteo Salvini in 2018.

De Blasio urged Italy's president, Sergio Mattarella, not to sign Salvini's border-control decree, warning it would fan hatred of migrants and send out the message that Italy "is not a civilized country."

The affair has destabilized the Benevento left, which has always been close to the pro-migrant priest.

The priest had not consulted the files since 2016 and had never sold them for profit or exchanged them with other purveyors of pornography, maintained lawyers Massimiliano Cornacchione and Alessandro Cefalo.

Investigators also found in De Blasio's residence 170,000 euros in cash, which the priest claimed to be the "savings of the parish" designed for renovating the church building and savings left by his parents.

While left-wing supporters of the priest in the region of Campania insisted De Blasio was innocent, the Caritas director said he was "sorry" for having ruined the image of the Church and that he felt like a "finished priest."

"The affair has destabilized the Benevento left, which has always been close to the pro-migrant priest," Italy24 reported.

"Tonight, he is in Gethsemane; many have already condemned him. Those who asked him for help yesterday are ready to spit in his face today. But Fr. Nicola knows this is the path that befalls people like him who go against the tide," Moretti said.

Tonight, he is in Gethsemane; many have already condemned him.

At least 26 related suspects are being investigated as part of the Meet Up undercover operation, which began in February and is being led by the Turin Public Prosecutor's Office.

The sting operation involved agents infiltrating channels on the instant messaging apps WhatsApp and Telegram and gaining the trust of pedophiles who were willing to trade child pornography, police revealed.

"It was not easy to gain the trust of these people," Fabiola Silvestri, who directed the operation, told media. "They are very attentive and do not speak to those they do not know or if they do not think that their interlocutor shares their same interests."

"We had to gain knowledge of the IT media and platforms they frequent, but also needed to learn the coded language used to have access to these conversations," Silvestri added.

On Thursday, Fr. De Blasio's lawyers appealed to Gelsomina Palmieri, asking him to drop charges regarding the cash found in the pastor's possession.

There is no connection between the money and the pornographic images, the lawyers argued.

Palmieri, however, ordered the priest to be confined to house arrest, noting that the defense's hypothesis was "currently not proven."

Given the quantity of the material, investigators say it will take days to examine the contents of the confiscated computers, tablets and mobile phones, which will now be subjected to forensic analysis.

The authorities dismantled 16 criminal associations and identified over 140 child pornography groups and 432 suspects, including 81 Italians. Police made 20 arrests and seized 30,800 files with gruesome images.

Suspects were also arrested in South America, Asia and Europe. 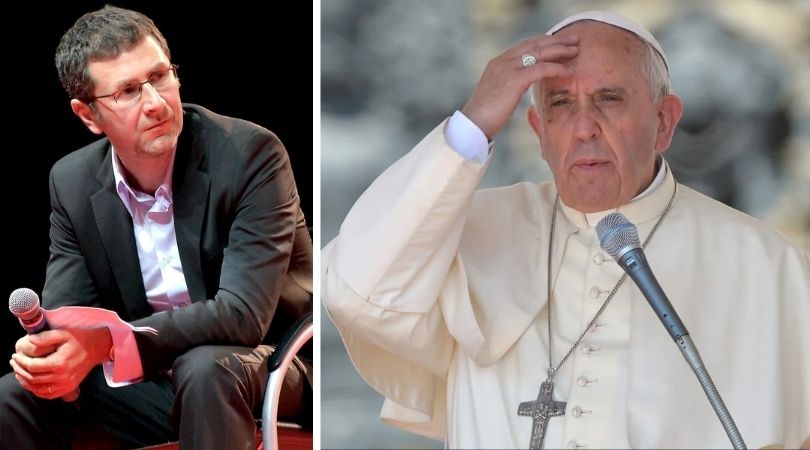