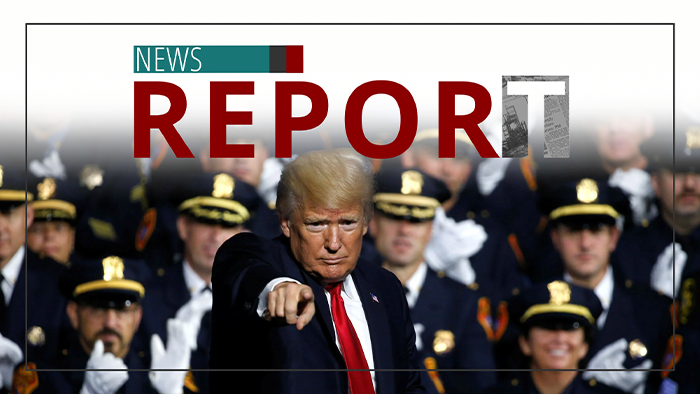 Last week, the Police Officers Association of Michigan officially endorsed him for re-election, saying in a letter, "At a time when civic leaders are choosing to tolerate televised felonies because a group of people are 'offended,' we need real leadership."

This followed his official endorsement by the National Association of Police Organizations, the group switching from its consistent backing of Democrats over to the Republican president.

"Our endorsement recognizes your steadfast and very public support for our men and women on the front lines, especially during this time of unfair and inaccurate opprobrium being directed at our members by so many."

Trump was also backed by the Fraternal Order of Police, America's largest police union, in 2016.

Over the weekend, an FOP lodge in Baltimore was vandalized by anarchists, burning the American flag and spray-painting expletives and "Defund the BPD" on the front doors.

The vandalism follows numerous other attacks against police officers in the United States (like when rioters in Portland set fire to a police association office on July 19 or when Minneapolis' 3rd Precinct was burned to the ground by Black Lives Matter rioters on May 29).

With Democrat mayors like Chicago's Lori Lightfoot, Minneapolis' Jacob Frey and Portland's Ted Wheeler fighting against federal assistance to help police quell riots in their cities, law enforcement is standing with the president to restore law and order against the Democrats' promotion of anarchy. 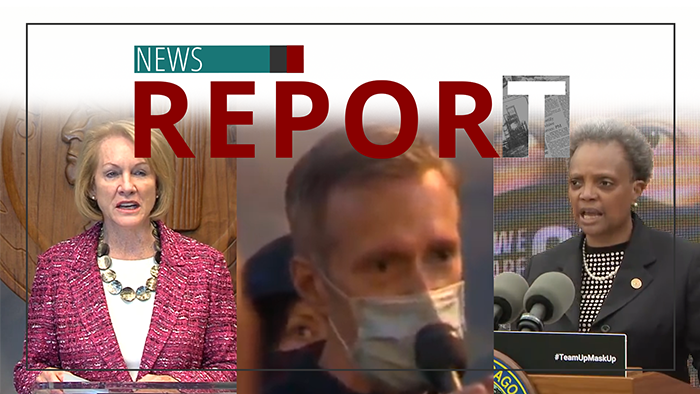