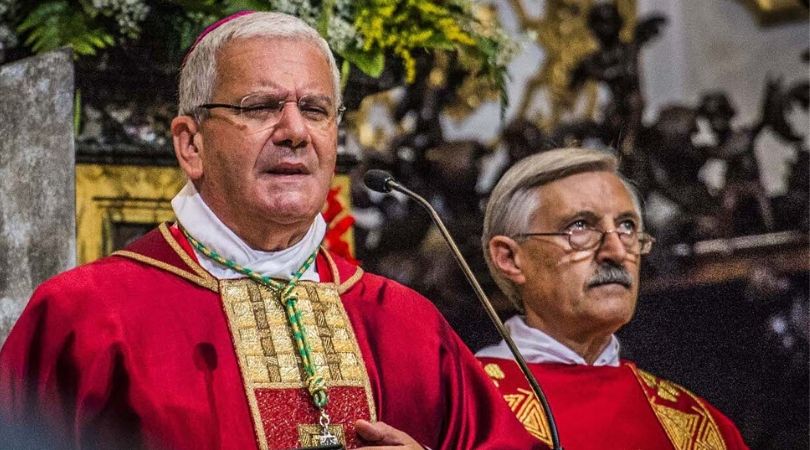 ROME (ChurchMilitant.com) - The coronavirus pandemic has killed at least 12 priests in Italy, nine dying in the diocese of Bergamo — the hometown of Pope John XXIII.

Eight of the nine priests in the Bergamo diocese who died in the last few days tested positive for the virus, Msgr. Giulio Dellavite, secretary general of the diocesan episcopal curia, told Church Militant.

Speaking from Bergamo, a town outside of Milan in Lombardy, Dellavite said privacy laws would not allow him to release the names of the clerics.

Lombardy is at the epicenter of the epidemic, and Bergamo is the Italian diocese hardest hit by the coronavirus outbreak.

Dellavite confirmed that "in the last few days, six priests had died on a single day, followed by a priest the next day and two more priests the following day."

One of the nine priests who had heart problems and was in the hospital died suddenly. Dellavite said he did not know if the priest had been tested for coronavirus.

The remaining nine had been tested for the virus and eight had tested positive, the secretary general confirmed.

Two of the deceased were in a home for the aged. Other sources revealed the names of two priests: 60-year-old Fr. Silano Sirtoli, the youngest victim, followed by 71-year-old Fr. Giancarlo Nava, who served as a missionary in Paraguay. Both had no apparent health problems, Dellavite said.

There are also 20 priests in the diocese who have been hospitalized after contracting coronavirus but have shown considerable improvement. Some had been discharged from hospital.

The diocese of Brescia, west of Verona, has reported three priests dead: Fr. Angelo Cretti, Fr. Diego Gabusi and 74-year-old Fr. Giovanni Girelli, who made daily visits to the local hospice caring for the terminally ill.

God, who is also in trial with us, is not abandoning us.

Earlier, Church Militant paid tribute to the first priest in Italy who died of the virus. Father Vincenzo Rini, who died Friday night in Cremona hospital, devoted 30 years of his priestly ministry to journalism, recognizing it as "a job done not as a journalist but as a priest, to proclaim the gospel through the newspapers."

Meanwhile, Bp. Francesco Beschi of Bergamo said priests could no longer administer last rites to the dying. He called on baptized laypeople to offer some form of a blessing to their loved ones.

"We can no longer even anoint the sick," the bishop said, remarking that it would be imprudent to do so in the face of the epidemic.

"At this point we say: Why can't a baptized person make a Christian mark on those who are sick?" Beschi asked. "Starting with those who are in the family, the children or the grandchildren can bless their grandparents or parents. Thus they can make a sign of faith for them."

"The Church," he observed, "says that if a penitent has the intention of making a sacramental confession as soon as possible, he or she receives God's forgiveness."

"I want to remind the faithful of this possibility," the bishop added.

A priest from Bergamo told Italian newspaper Avvenire that clergy could no longer touch the sick and dying: "We are at a distance of one meter without direct contact. We pray a prayer but because we are so far away the elderly can't even hear or understand what is said."

"Moreover, they don't even see the face of the priest wrapped in a mask with a filter in front of him," he added. "And, in turn, someone like me with glasses that mist up cannot see the patient."

"Although we have many priests, the number of priests who died this week is very high," Bp. Beschi said in a radio interview Monday.

"A priest who lost his dad called me; he is in quarantine, like his mother, alone, in another house. And his brothers are also in quarantine," he lamented. "The priest's father will have no funeral: He will be taken to the cemetery and buried, without anyone being able to participate in this moment of human and Christian piety which is now so important precisely because it is missing."

"But God, who is also in trial with us, is not abandoning us," the bishop of Bergamo affirmed.