Could the US Church Survive a RICO Probe? 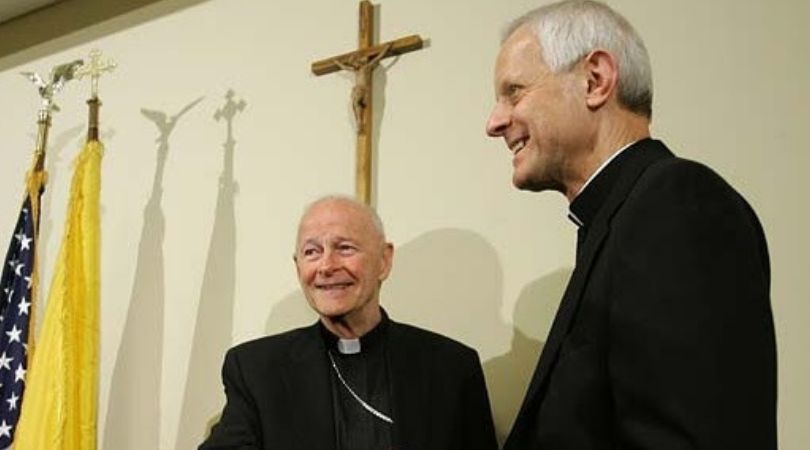 Bishops conspired to cover up abuse, but statute of limitations limits federal prosecution

The long, sordid history of sexual abuse of minors, homosexual predation of seminarians and subsequent cover-ups by members of the Church hierarchy has led some to question why state and federal prosecutors haven't pursued a Racketeer Influenced and Corrupt Organizations (RICO) investigation into every chancery in the United States.

Questions of a RICO prosecution of a criminal conspiracy first arose during the 2002 clerical sex abuse crisis that consumed the national public consciousness after The Boston Globe "Spotlight" series of investigative reporting.

Most recently, a RICO investigation has been mentioned by Catholic news agencies, sex abuse victim advocacy groups and the legal community on the release of the 2018 Pennsylvania grand jury report as a fitting avenue to bring abusive clergy to justice.

According to the report, the list of behaviors exhibited by complicit clergy reads "like a playbook for concealing the truth." The grand jury has prompted a federal investigation, the first ever, of the Catholic Church.

Another direct cause of the resurgent interest in using RICO statutes to prosecute the Catholic Church is the revelations over the course of the past year involving not only priests but high-ranking Church officials, including Theodore McCarrick, the laicized cardinal, and Donald Wuerl, the cardinal who resigned in disgrace in 2018.

Disturbingly, both men, although professionally and spiritually sidelined, have not been charged with any criminal activity despite ample documentation there existed both a conspiracy to cover up illegal activities and proof of payments made to buy witnesses' silence.

Not only that, Wuerl gave the priest a glowing eulogy at his funeral in 2001, even posthumously restoring him to full priestly status.

Page 233 of the grand jury report … reveals that in 1996, "[Father George] Zirwas informed the [Pittsburgh] Diocese that he had knowledge of other Pittsburgh Diocese priests' involvement in illegal sexual activity. In exchange for this information, he demanded that his sustenance payments be increased."

The length of time between committing such crimes and the grand jury revelations, however much they might justify a RICO prosecution due to the financial aspects of this specific case, render such a possibility moot owing to the statute of limitations.

How much information was shared between the Church hierarchy as well as how widespread the criminal conspiracy was to commit sexual crimes and cover them up remains a mystery. A racketeering investigation would be helpful in revealing all the criminal wrongdoing of the men who either participated in the abuse or were complicit in shielding guilty parties from law enforcement and legal penalties before the statute of limitations expires, typically four years after the initial crime in a civil RICO suit and five years in a criminal RICO suit.

According to legal experts consulted by Church Militant, it would be easier for prosecutors if the RICO statutes were updated to allow a timely prosecution of sexual crimes before the statute of limitations clock runs out.

The RICO Act was signed into law in 1970 for prosecuting individuals who not only committed crimes but also those on whose behest those crimes were committed. The impetus for the criminal conspiracy legislation was to go after the heads of organized crime who ordered crimes that they physically did not commit. For example, prior to RICO, a hitman for a crime syndicate could be arrested and convicted, while the crime boss who hired him escaped prosecution.

The nature of such crimes acknowledged as committed by McCarrick don't fit the standard requirements of a criminal RICO investigation. Clerical sex abuse that involves perpetrators or victims crossing state lines or that involves coordinated efforts by any organization to cover up such abuse violates RICO. Prosecutable crimes under RICO don't include felonies of a sexual nature. There must be proof someone profited financially from a felony.

There must be proof someone profited financially from a felony.

According to an Aug. 15, 2018 joint letter signed by the Survivors Network of those Abused by Priests (SNAP) and the New York City-based Center for Constitutional Rights (CCR) and sent to then-Deputy Attorney General Rod J. Rosenstein, the RICO statutes should be amended to allow investigations of the secretive Church hierarchy:

Survivors have been calling for such an investigation at least since 2003, in the wake of the explosive revelations in the Boston archdiocese which exposed widespread sexual violence by priests and a systematic cover-up that reached to the highest levels of the Church hierarchy not only in the archdiocese but at the Vatican. ...

When SNAP called upon the Department of Justice in 2003 to initiate an investigation into the systemic sexual violence and cover-ups, it noted that a federal-level investigation was necessary because no one county or state-level jurisdiction could address the problem at its core because the "fragmentation of information" concerning reported offenders "spread across a multitude of Dioceses and Religious Orders in confidential personnel files … has enabled the Catholic Church to avoid criminal investigation and prosecution."

By allocating $635,000 toward the clergy abuse investigation, Michigan has chosen to give a voice to the survivors of sexual abuse. While additional funds will be needed to complete this investigation, this money will allow our office to provide victim advocates to those who are coming forward with credible allegations of abuse while also streamlining, digitizing, and managing the over 1.5 million documents that were seized pursuant to search warrants.

Nessel's office could not address specific questions from Church Militant, but attorney general spokesperson Kelly Rossman-McKinney told us: "I can assure you that we will explore all legal avenues — including RICO."

A subsequent Associated Press video reveals the Nessel is indeed considering RICO charges against the Catholic Church. Text below the video reads as follows:

If the Michigan attorney general's office or one of the other law enforcement agencies investigating were to file charges under the Racketeering Influenced and Corrupt Organizations statute, or RICO, it would be the first known time that actions by a diocese or church leader were branded a criminal enterprise akin to organized crime.

While an amended form of the RICO statutes would be helpful when investigating the conspiracy within the Catholic Church, a 2017 Executive Order (EO) signed by President Donald Trump may be a more immediate remedy.

As noted in an October 2018 Church Militant article, "The threat of this order's penalties is what prompted various U.S. dioceses to establish victim compensations funds."

Titled the "Executive Order Blocking the Property of Persons Involved in Serious Human Rights Abuse or Corruption," the EO reads in part, "The United States seeks to impose tangible and significant consequences on those who commit serious human rights abuse or engage in corruption, as well as to protect the financial system of the United States from abuse by these same persons."

According to the article, the EO authorizes the federal government to "confiscate the property of any organization, including the Catholic Church, that is found to have fostered or covered up human rights violations perpetrated by its members" and the EO "would also likely cause the withdrawal of hundreds of millions of dollars of federal funding received annually by the Church."

As a matter of public morality, the systemic abuse of minors and homosexual predation of seminarians in the Catholic Church is untenable. As a matter of public policy, our legislators should provide our law enforcement and justice systems with every tool necessary to cleanse the seminaries and rectories of the filth that has soiled it for the past 50 years or more.

The Church hierarchy has proven itself incapable of investigating itself, leading to the conclusion a vast majority of the most powerful within the Faith are complicit in its corruption.