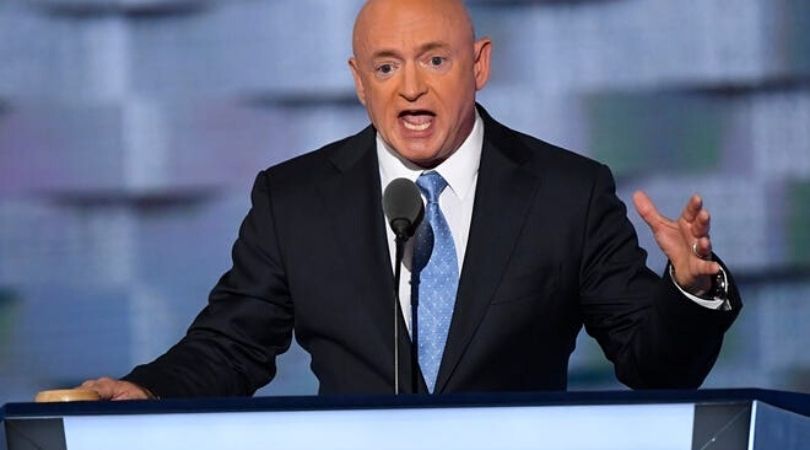 PHOENIX (ChurchMilitant.com) - The Arizonian Democratic candidate for Senate is deceiving voters about his intentions to legislate against the Second Amendment.

Project Veritas (PV) has released two videos this week of insiders explaining Arizona's Democratic candidate for U.S. Senate is concealing from voters his intentions to violate their constitutional right to bear arms.

Mark Kelly "wants to get those Republicans that don't trust Trump anymore and one of their main issues is guns," Angelica Carpio unwittingly says on hidden camera in the PV report published Monday.

Carpio is a field organizer of Mission for Arizona — described on its website as "a joint effort by Arizona Democrats to elect Mark Kelly and Democrats up and down the ballot in 2020."

So, I don't think he's fully like been out there saying like, "I want like a full gun control-type measure," — and I think it's because he just wants to get elected and then he wants to go further. Even the staffers are like kind of confused. Like we want him to come full force out, but ... the problem is this is such a consequential state. I think he's trying to be elected and then he'll implement the measures.

Carpio expressed concern she was "defaming" her campaign by revealing such thoughts.

I work in politics; I'm used to people being liars.

EGS works "to elect a Gun Sense President and Gun Sense Candidates up and down the ballot by spending millions in key presidential battleground states and registering thousands of voters," according to its website.

Bederka explained that Kelly is not open about his opinions, so "there's a higher probability of being able to enact the kind of legislation you're hoping to see get enacted — things like an assault weapons ban, which would be freakin' lovely."

"But you know, hopefully Mark Kelly will support more stringent gun regulations than his very milquetoast proposals on his website would lead me to believe," he added.

In a debate Tuesday night, incumbent Republican Martha McSally said, "Counterfeit Kelly can say, 'I've got some guns,' but make no mistake, the agenda of the people he has supported — [including] people like Beto O'Rourke and others — they're coming after our Second Amendment rights right now."

Failed presidential contender Beto O'Rourke said in a 2019 Democratic debate, "Hell yes, we're gonna take your AR-15, your AK-47 — we're not gonna allow it to be used against our fellow Americans anymore!"

During Tuesday night's debate, a moderator asked Kelly, "Why haven't you talked more about your viewpoints on this [gun control] on the campaign trail?"

He responded, "I generally talk about what folks ask me about, and they often ask about their health care, prescription drugs ... ."

Kelly then veered into a tangent about people struggling financially because of health care costs and needing Wuhan-virus relief without directly answering the question.

McSally called him out for the evasion:

The reason he's not talking about it is because Arizonans care about their Second Amendment constitutional rights, and should he get elected, this will switch the Senate majority, and they [Democrats] will be able to ram through the most radical anti-Second Amendment agenda, and he's been leading the charge over the last 10 years, supporting the most extreme left-wing elements of his party.

Bederka explained that groups like EGS work indirectly with Kelly's campaign, predominately through press releases as a means of communication.

"I wish we would just give up the goat [and] stop pretending that like we aren't connected and we have to keep this firewall or whatever," he said. "But like that's typically how it's done. It's like this kind of beat-around-the-bush thing."

"It is for the greater good," Bederka posited.

The truth is he is bought-and-paid-for by Chuck Schumer, whose path to power goes through Arizona.

"The problem is that if the NRA [National Rifle Association] were to find out we were doing that, they would make hay out of it. They would take us to court, and they would tear us apart," he said. "So, they would stomp us if we made a mistake like that. It would put everything in jeopardy, which is why we're so careful not to coordinate."

In Step With the Left

According to a Rasmussen poll published Wednesday, 22% of gun-owning households added guns since anti-police protests erupted.

During her opening remarks on Tuesday night's debate, McSally said Kelly "is claiming that he is not a politician or not even a Democrat, but that's counterfeit."

"The truth is he is bought and paid for by [Senate Minority Leader] Chuck Schumer, whose path to power goes through Arizona," she added. "And he's sold out to China in multiple business arrangements on his path to get rich quick." 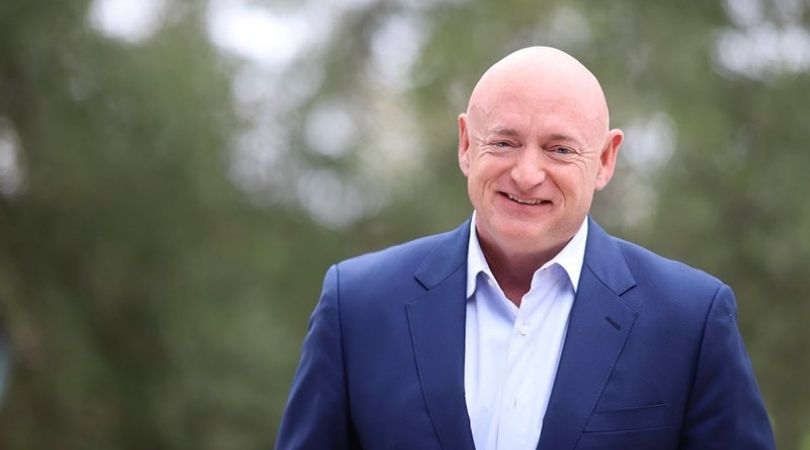