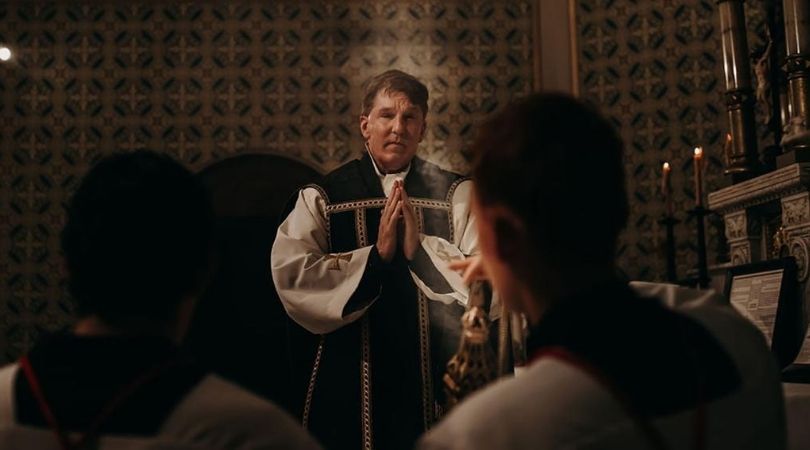 A Wisconsin priest is beginning to attract the attention of the Catholic world by preaching moral truths with the kind of conviction faithful Catholics have pined for.

Father James Altman of the diocese of La Crosse, Wisconsin is cutting through the fog laid out for decades by the Devil's minions. His clarity and lack of ambiguity is what Catholics had been accustomed to — before the creation of the Church of Nice. One such talk, produced by Rebecca Brannon for Alpha News, is running on the Complicit Clergy website. It has faithful Catholics wanting more:

Here's a memo to clueless baptized Catholics out there. You cannot be Catholic and be a Democrat. Period. Their party platform absolutely is against everything the Catholic Church teaches. So just quit pretending you're Catholic and vote Democrat. Repent of your support of that party and its platform or face the fires of Hell.

Altman is inspiring and encouraging people to form their consciences with the kind of clarity with which Jesus preached.

"The problem in the world today," Altman claims, "is that there are way too many people who do not know the first thing about Almighty God: Father, Son and Holy Spirit."

Altman continues by summarizing the results of those who do not know God, who are molding the culture and influencing the souls of so many innocent victims:

So truth be told, they do not love Him. So we can see in the many godless politicians out there, in the godless educational system and the godlessness of so many sheeple — they most definitely are not serving Him. They are not fulfilling their purpose in life, (which is) to know, to love and to serve God.

Altman is the pastor of St. James the Less Church of La Crosse, Wisconsin. Faithful Catholics hearing his preaching online are hoping his manner of abandoning politically correct silence and so-called Church of Nice jargon will begin a new trend in preaching for clergy in America.

You cannot be Catholic and be a Democrat.

Altman takes issue with the notion the Church should say nothing about political issues. It is the mandate of Jesus Christ, Altman alludes, that obliges us to speak out on moral issues, which at times take the shape of political ones.

"Pope Benedict XVI said the Church is not a political power, it's not a party, but it is — at least it's supposed to be — it is a moral power," Altman relates. "Therefore, since politics fundamentally should be a moral enterprise, the Church in this sense has something to say about politics."

Here is where Altman gets specific, with names:

Guess who was just a premier speaker at the Democratic National Convention? None other than the hyper-confusion spreading heretic James Martin, S.J. I guess it's okay for James Martin to spout off for the Democrats on their national stage — but God forbid a priest speak out against their godless platform.

Hell exists, Altman insists, and it exists for the Devil and his demons as well as those people who refuse to know, love and serve God. Altman refers to Bp. Robert Baron's public "reasonable hope" claim that all will be saved:

There's a well-known cleric that seems to be putting out there that Hell is an empty place. Sorry buddy, that's not what Jesus said. Jesus said many are going to choose that broad road to destruction. Only a few will choose that narrow, difficult road to the narrow gate to Heaven.

Altman then turns to the greatest abomination of our time, the ongoing slaughter of innocent human beings in their fetal stages of life.

"There will be 60 million and counting aborted babies standing at the gates of Heaven barring your Democrat entrance," says Altman, "and nothing you can say will ever excuse you for your direct or indirect support of that diabolical agenda — period, the end."

Hell exists, Altman insists, and it exists for the Devil and his demons as well as those people who refuse to know, love and serve God.

And Altman has something to say about the "gutless cowards in the clergy" that don the pulpits each week celebrating the sacred Liturgy.

"It's too bad there are so many gutless cowards in the clergy who refuse to speak up and speak out on that truth and make it crystal clear! There should be no confusion among any Catholic!" Altman exclaimed.

Altman then details much of the hypocrisy in the hierarchy and Catholic establishment media regarding mixing religion and politics. It's okay, Altman points out, for the Church to criticize Trump, give platforms to Martin and demand policies for "the climate change hoax." The bishops have done "a horrible job on the scandal" but quickly jump all over priests and politicians who speak the truth." Wilton Gregory, figure it out!" he exclaims.

In a homily live-streamed on May 19, Altman recalls a question a parishioner asked him. It's a question most Catholics have been wondering about for decades. He wanted to know what happens in the seminary that produces timid priests afraid to speak out on the pertinent moral issues of our day:

What did they ever do to you guys that you're all so afraid to speak up? I literally could give you many examples of horror stories that would make your head spin. We seminarians personally were hammered, and we saw other seminarians hammered, and we quickly learned to keep your mouth shut; just fly below the radar, get ordained and then you can bring God's love and grace to the people that you know He called you to serve.

In June, Joe Sixpack, host of The Cantankerous Catholic audio podcast, interviewed Altman, introducing him as a prophet for our times. "He's beyond doubt the most courageous priest I've ever heard. A modern Elijah," he said.

Also in June. Complicit Clergy informed us that Altman suffered a major heart attack last year and he has also been suffering for many years with chronic bronchitis. He could use our prayers.

Some of Altman's homilies can be found online at the Complicit Clergy website. 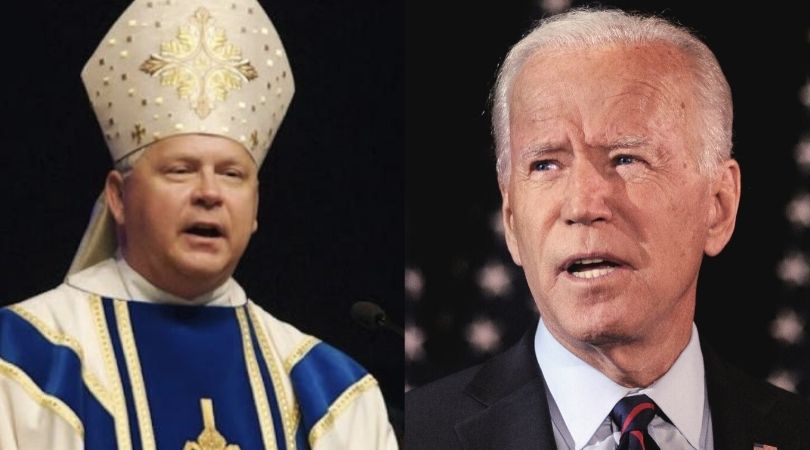