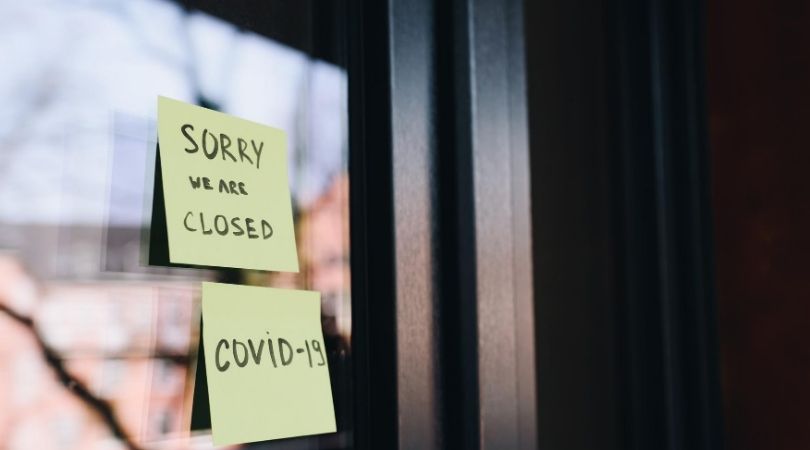 WASHINGTON (ChurchMilitant.com) - The cash-strapped archdiocese of Washington is blaming COVID-19 for having to downsize but kept silent on pre-existing financial conditions.

The archdiocesan newspaper, Catholic Standard, on Wednesday, disclosed the restructuring plans being rolled out under Washington's Abp. Wilton Gregory. The plans included a 15% staff reduction for Washington's Pastoral Center, which oversees 139 parishes, nine missions, 91 Catholic schools and affiliated agencies of the archdiocese.

Gregory revealed his downsizing initiative during an Aug. 21 conference call with Pastoral Center employees. Joining the call was Fr. Daniel Carson, Gregory's vicar general and moderator of the Curia.

"No one could have envisioned the impact of the virus," asserted Carson.

In a letter sent the same day to priests of the archdiocese, Gregory recalled, "I have been a priest for almost 50 years, and I have never seen anything like what we are witnessing with this pandemic."

The archbishop noted that pastors "have shared with me the financial hardship you are currently experiencing with reduced offertory. Understandably, our parishioners have their minds on their homes, family members and health."

While prelates are blaming the Wuhan virus for financial ills plaguing their dioceses, Church Militant's Michael Voris believes the dioceses were already strapped for cash because of:

Based on these factors, Voris says it's disingenuous to blame all financial woes on pandemic-related restrictions:

Long before the Wuhan virus appeared, U.S. dioceses were already reeling financially owing to revelations about covering up sex abuse, Theodore McCarrick, financial malfeasance and spurious so-called evangelization programs. Wuhan may have been the nail in the coffin, but let's be clear — the corpse was already laid out long before Wuhan arrived on the scene.

Already in 2016, Cdl. Raymond Burke was speaking of the crisis in the Catholic Church and laying the blame on poor catechesis. At a conference that year in Rome, the former head of the Vatican's highest court quoted the famous catechist Fr. John Hardon, S.J.: "Catholicism is in the throes of the worst crisis in its entire history." The cardinal then pinpointed the problem:

Fr. Hardon knew that the necessary strong Catholic witness depends essentially upon the right understanding of the Faith and its demands provided by sound catechesis. He saw how decades of a thin and even false catechesis had created a situation in which many Catholics ... were left in confusion and error regarding the most fundamental tenets of the Catholic faith and of the moral law.

Regarding the costly sex-abuse scandals plaguing the Catholic Church in America, 24 U.S. Catholic dioceses and religious orders have already filed bankruptcy. Some experts in 2015 put the total financial burden of child sexual abuse to the U.S. Church at more than $9 billion. The abuse scandal cost the Los Angeles archdiocese alone nearly two-thirds of a billion dollars.

The 2015 estimate, however, was three years before the current sex abuse scandal rocked the Church in 2018. This opened a floodgate of lawsuits that will be financially bleeding the U.S Church for years to come.

This so-called "summer of shame" scandalized many Catholics into closing their wallets until the Catholic hierarchy cleans up the mess. Catholics wanted bishops to stop the cover-ups and come clean about the crisis stemming from homosexual clergy.

In an open letter published in 2019, Cdls. Walter Brandmüller and Raymond Burke, two of the authors of the dubia, called on bishops to end the conspiracy of silence that's allowing the vice of homosexuality to flourish in the Church.

Nothing illustrates the loss of the sense of the sacred better than the wholesale sell-off of parishes across America.

"The plague of the homosexual agenda has been spread within the Church," warned the cardinals, "promoted by organized networks and protected by a climate of complicity and a conspiracy of silence."

Churches on the Chopping Block

A recent poll by the Center for Applied Research in the Apostolate (CARA) shows parishes and schools are being put on the chopping block by bishops needing money. Of the 160 bishops polled in July, CARA found that nearly a quarter were considering closing parishes and 45% either had closed elementary schools or were considering doing so.

Brody Hale, founder of the Catholic Church Preservation Society, has negotiated with dioceses to save more than a dozen churches from being sold off. Brody had asserted in 2019 that the underlying problem of parish closings is that bishops are viewing churches as simply a commodity that can be liquidated at will. This, he notes, has been going on for decades.

"For the past 36 years, there has been a massive uptick in closures," Hale observes. The 1983 Code of Canon Law, he says, allowed for the closure of churches but only for grave reasons. This process is "grossly abused," affirmed Hale.

"We have seen thousands of churches that were in reasonably good shape that were closed and sold, and these are churches that if the faithful had more information, likely many of them could have found continued sacred use if not as places of regular worship," he added.

Underlying the closures is a loss of the sense of sacred, emphasized Hale.

"For 2,000 years, it was an unquestioned fact that these are places where God dwells," Hale explained. "Nothing illustrates the loss of the sense of the sacred better than the wholesale sell-off of parishes across America."

"Churches are not just buildings," Hale emphasized. "They are sacred spaces."