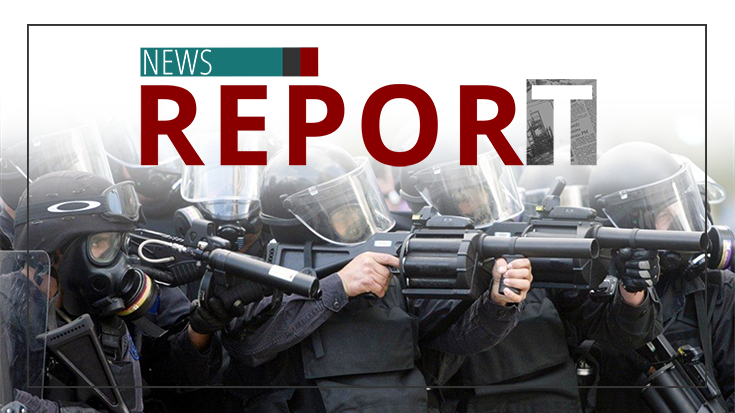 Society's elites have devoted decades of work to eugenics and global control. They've infiltrated science, media, government and even the Catholic Church to convince the world to submit.

The same people who say abortion is health care want you to disregard scientific practice and submit to political rhetoric masquerading as science. Mainstream media hyperinflated instances of COVID infection in order for politicians to enact oppressive measures not supported by science.

Dr. John Lee, pathologist: "What we've done by confusing positive tests with cases is basically class a huge number of people who are immune to the disease as having the disease. That's a massive misconception."

Archbishop Carlo Maria Viganò continues to warn against the globalist agenda known as the "Great Reset."

Abp. Carlo Maria Viganò: "What we see happening corresponds to an inhuman project by forces who hate not only the health of the body but also and above all the salvation of the soul."

Viganò had his remarks delivered to an anti-vaccine-passport crowd, contending that leaders and professionals at all levels were working towards the creation of a "health dictatorship."

Church Militant has previously reported on the oppressive regime in the Land Down Under. Aussies typically value law and order, but an increasing number of Australians, now 29%, view freedom as more important than unquestioning adherence to the law. This reaction is a response to increased police crackdowns on the maskless and unvaccinated.

Florida governor Ron DeSantis: "Is Australia freer than China, communist China, right now? I don't know! The fact that that's even a question tells you something has gone dramatically off the rails."

DeSantis and other critics highlight violent lockdown measures and rhetoric from Australia's own government officials who publicly declare their intention to usher in a new era.

Dr. Kerry Chant, New South Wales chief health officer: "We will be looking at what contact tracing looks like in the new world order. Yes, it will be pubs and clubs and other things."

Mainstream media and tech giants are suppressing anyone, including doctors and scientists, who call out the perversion of science related to COVID. Drugs are typically pulled off the market if they result in 50 deaths. COVID gene-therapy drugs have resulted in thousands of deaths but, instead of being pulled, they're being pushed by totalitarian-minded governments.

Western Australia is actually faring better than East Australia. Instead of locking down their own citizens, western Aussies simply closed their border to everyone else.