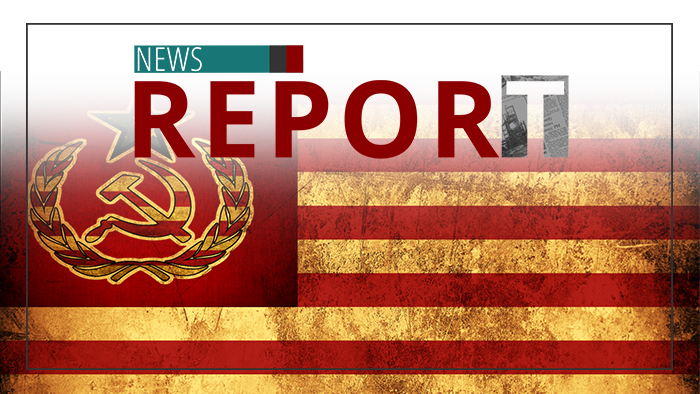 New polling data from Rasmussen shows exactly why Democrats are so concerned about a Bernie nomination: It's proving to be a loser, and Dems fear a wipe-out by Trump.

Here are the numbers giving them nightmares: In a head-to-head match between Trump and Sanders, Trump wins hands down 50–43.

And overall socialism itself does poorly; 69% of all Americans prefer a free-market system. Only 12% think socialism is preferable.

But digging even further, 87% of Republicans prefer free-market economics; that's to be expected. But what is concerning Democrats is 69% of unaffiliated voters — the independents — see a free-market system as better.

However, perhaps most concerning to Dems is that 53% — a majority of their own party members — see capitalism as the preferable system.

Of course, these are all purely economic analytics; the real cost of socialism is in terms of human misery.

That was the message Texas Sen. Ted Cruz delivered earlier today, as he told the audience about his aunt when she was a little girl in Cuba, and the fear she grew up in under the Castro regime. Cruz told the crowd that he was angry and took it personally when Sanders popped off about Fidel Castro having accomplished some good under his 50-year reign of communism in Cuba.

Even Michael Bloomberg dropped one on Sanders about being a socialist and how much of a losing track it would be for Dems in the election, but for his part, Bernie continues to double down and insist America needs to become a socialist nation.

As far as the attendees at this CPAC conference, as well as Catholics concerned about the future of the country, Bernie's Commie double-down is just fine with them.