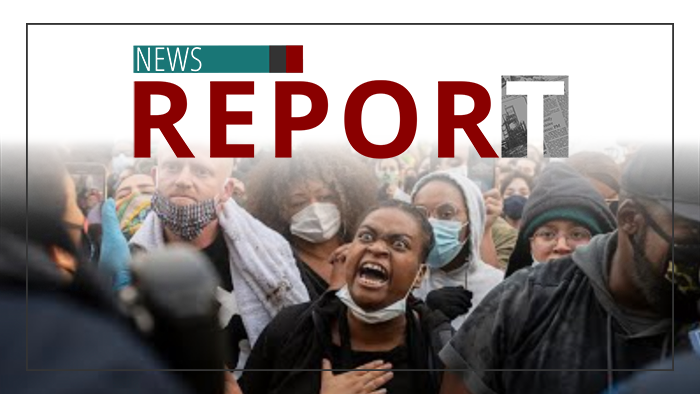 Protests against law enforcement are continuing week after week, and the Left is weaponizing the increased tension to push radical legislation.

Pressley: "I cannot begin to approximate the number of black lives that have been lynched, brutalized, murdered, surveyed, profiled from 1999 to now. There is unrest everywhere, and it will persist for as long as there is unrest."

Democrats are advocating the Breathe Act, which would destabilize communities. Agenda items include:

Kayla Reed on a Breathe Act webinar: "Thousands took to the streets to demand justice for Mike Brown. And many other names we will continue to lift up and fight for. Since 2014, we have watched thousands more from every single state in the country take to the streets to protest and demand transformative justice."

BLM mobs are terrorizing lives in support of such anti-police laws.

And despite police de-escalating the situation so armed leftists wouldn't shoot one local Texan, Twitter still allowed leftists to post his name and business location as someone who "does not belong in public."

In Portland, Oregon, the leftist mob took a more dangerous turn as armed BLM members held a motorist, Joe Hall, at gunpoint. Hall, a 53-year-old disabled veteran, drew his weapon to protect himself and attempted to drive around the blockade. After hearing a large thump, Hall exited his vehicle to check what happened and was swarmed by the mob. Hall suffered a partially collapsed lung and broken bones to his ribs, vertebrae and head.

America is becoming less safe. Some red states are backing police with anti-riot legislation to keep the Left from destroying the Republic.