Devotion to "Santa Muerte" condemned by the Vatican

TULTITLÁN, Mexico (ChurchMilitant.com) - A Vatican-condemned devotion is rapidly growing in Mexico ahead of Friday's papal visit.

Increasing numbers of Mexicans are embracing the controversial devotion to a figure known as "Santa Muerte" or "Holy Death." Celebrated as the patroness of death, the "Skeleton Saint" is believed to provide her followers with safe passage to the afterlife. Often represented by a human skeleton clothed with a veil and robe, the specter and the worship of her was formally condemned by the Vatican in 2013 and described as "blasphemous" and a "degeneration of religion."

Despite the denunciation from Rome, the cult of Santa Muerte continues to grow. According to Andrew Chestnut, a professor of religious studies at Virginia Commonwealth University, there are an estimated 10 to 12 million followers spread throughout Mexico, the Southwestern United States and Central America. Chestnut, who authored a book titled "Devoted to Death: Santa Muerte, the Skeleton Saint," said the devotion is "the fastest-growing new religious movement not only in Mexico, but in the entire Americas."

Devotion to Santa Muerte often involves prayer and worship before a statue of the figure; many leave gifts, such as flowers, candy and tequila, before the effigy as an offering for prayers they hope will be answered. The first day of each month is often set aside as a holy day in honor of "Our Lady of the Holy Death."

Many followers assert that, despite the papal condemnation, they remain devoted to the Catholic faith. "On one hand I have God, and on the other I have Death," says Enriqueta "Dona Queta" Romero. Romero is herself responsible for a surge in devotees after she began publicly displaying her figure of Santa Muerte in 2001.

Enriqueta Vargas operates an outdoor temple in the city of Tultitlán, where she officiates weddings and baptisms and often leads a Mass-like ritual during which individuals kneel before a statue of the specter and invoke her intercession.

The Church's opposition to the practice extends to the early beginnings of the tradition.

Historians assert the modern incarnation of the devotions began in the late 1700s when the image of the Grim Reaper was turned into a venerable icon by the indigenous population; the Church was swift to warn of the budding movement, and the practice went underground until the 1940s.

The archbishop of Mexico, Cdl. Norberto Rivera, called the idolizing an "absurdity," maintaining that every Christian "should be in favor of life, not death." Acting as the president of the Vatican's Pontifical Council for Culture, Cdl. Gianfranco Ravasi, in authoring the formal condemnation, called the practice "anti-religious" and contended it is "not religion just because it's dressed up like religion; it's a blasphemy against religion."

Santa Muerte has garnered a sizeable following among Mexico's drug cartels, with gang members often tattooing themselves with images of the figure. This, says Cdl. Ravasi, sends a very dangerous message to Mexico's youth who may find the cartels' alleged devotion to Santa Muerte attractive. "The mafia, drug trafficking and organized crime don't have a religious aspect and have nothing to do with religion, even if they use the image of Santa Muerte," he cautioned.

In 2012 Mexican authorities arrested eight members of the Santa Muerte cult believed to be associated with the ritual murder of two boys and a woman. According to investigators, the individuals sacrificed the three victims to the Death Saint and poured their blood on the altar.

On Friday Pope Francis is scheduled to begin a five-day visit of the country, marking both the first time the Pope is to visit Mexico and the first papal visit since the Vatican condemned the worship of Santa Muerte. Despite this, Enriqueta Romero claims, "How great that the Pope is coming. Glory be to God. How great that he is coming to give us many blessings." 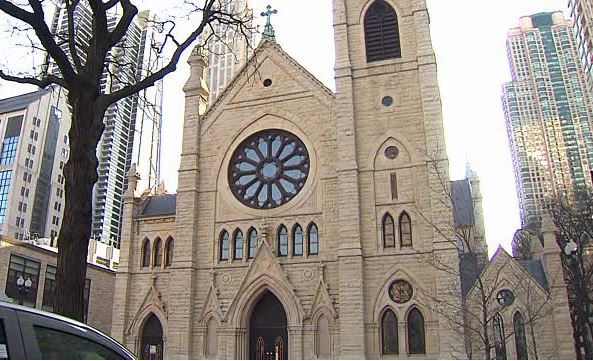