"It was as if it was an instant addiction as to a drug and for ten years almost I wanted to get out of it and could not." -Ex-homosexual activist Linda Wall

Most men and women with a homosexual orientation live relatively normal lives, just like the rest of us. They have the same joys and the same problems we do, and their lives differ from ours primarily in that they are attracted to people of the same sex.

When the American Psychiatric Association, under extreme pressure from homosexual groups, removed this orientation from its Diagnostic and Statistical Manual in 1973, many people developed the impression that homosexuals are just as physically and mentally healthy as heterosexuals.

This belief is entirely unscientific and misguided.

It is certainly possible that heterosexuals can become addicted to sex and pornography, and many are. This is why we have large national organizations such as Sex Addicts Anonymous and Sexaholics Anonymous. But it appears that the rate of sexual addiction, or "hypersexual disorder," is much higher among the members of the homosexual subculture than among the general population. 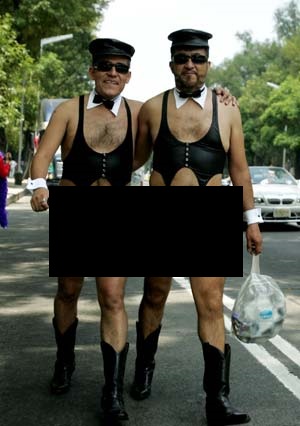 Most "gays" and "straights" are not sex addicts, of course, but the differences in the two groups are stark. The homosexual "community" itself seems to be fixated on sexual matters to a pathological degree.

About three to six percent of all people are sexual addicts. But this rate is certainly higher among homosexual men, particularly since the LGBT "lifestyle" is saturated with sex. Homosexual parades, social events, art, music, shows, magazines, and books are primarily about sex (with the exception of a handful of high-profile "mainstream" homosexual-oriented publications like The Advocate).

As Robert Weiss wrote in his 2013 book Cruise Control: Understanding Sex Addiction in Gay Men, "With a cultural background of dramatically greater sexual freedoms than those usually enjoyed by his heterosexual peers ... the urban gay man is in some ways a prisoner of his own freedoms."

This leads us to the question of what exactly constitutes a sexual addiction. 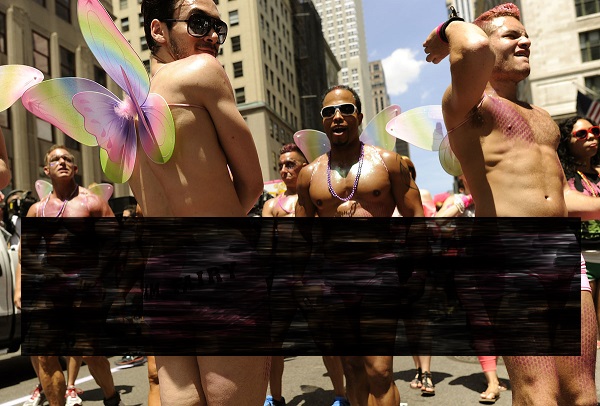 If this "addiction theory" seems like a novel concept, consider Morse & Flavin's definition of addiction, which is used by most treatment centers and substance abuse counselors:

In summary, an addiction is any substance or process that has taken over our lives and over which we believe we are powerless, resulting in compulsive and damaging behavior. We have 12-step programs for addictions such as drinking, gambling, overeating and viewing pornography. When we study the classic signs of substance addiction, we see that they plainly fit the promiscuous homosexual lifestyle. 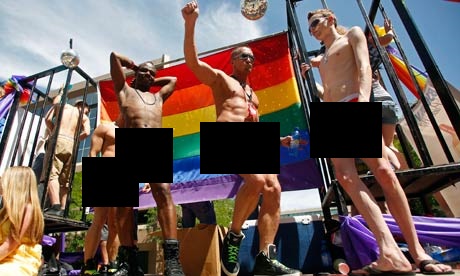 Although diagnostic criteria for substance and sexual addiction vary from source to source, they commonly include from nine to 12 indicators. These markers apply to the large segment of the homosexual community that is involved in the "life," not the majority that is relatively monogamous or in a current stable relationship.

The most common indicators, as applied to many people in the homosexual "community," are listed below.

Reoriented Priorities. The homosexual addict's life centers on his "habit." His job, his family (if any), and his possessions all take second place. If he is just beginning the homosexual lifestyle, he usually gives up his old circle of friends, hobbies and other interests. All that matters is that he is guaranteed a steady supply of generally anonymous sexual partners.

Obsessiveness. The homosexual addict is obsessive and insatiable. He constantly craves sexual partners, and they occupy a huge segment of his thoughts; all that really matters to him is the next sexual encounter.

A long-term study of the classified ad section of The Advocate ("The National Gay and Lesbian Magazine") found that, over a period of two decades, 100 percent dealt with sexual matters. Fifteen percent advertised torture and brutality; five percent had a strongly Nazi theme; and 11 percent implied a desire for adult/child sex. Only one percent of the sex ads in The Advocate revealed a desire for a permanent or loving relationship. 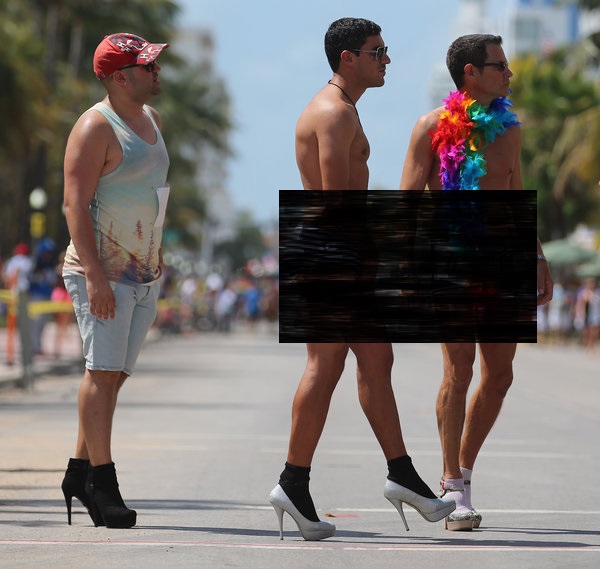 Compulsiveness. The most obvious characteristic of the homosexual addiction is that the person is out of control emotionally. He may make occasional half-hearted attempts at limiting or controlling his behavior, but such attempts usually fail. A 1978 study of male homosexuals found that 75 percent had had more than 100 sexual partners.

Even "monogamous" homosexuals do not interpret the term in the same manner as the rest of us, and homosexual leaders have admitted that the "monogamous gays" ploy was merely fielded to win public sympathy.

Homosexuals David McWhirter (a psychologist) and Andrew Mattison (a psychiatrist) conducted a study of 156 male homosexual couples who had been together for more than five years. Only seven of them had been sexually faithful. The authors assert that monogamy is a form of homophobia, and that homosexuals tend to separate emotional and physical faithfulness in their minds.

As the Dutch psychiatrist Gerard van den Aardweg has poignantly written, "Homosexual restlessness cannot be appeased, much less so by having one partner, because these persons are propelled by insatiable pining for the unattainable fantasy figure. Essentially, the homosexual is a yearning child, not a satisfied one."

Perhaps the most straightforward expression of the compulsive nature of the homosexual addiction was provided by a homosexual radio spokesman, who said: "In 1981 we drew back and became more sexually conservative because of fear of the AIDS epidemic. Now we have decided that certain death is preferable to dull sex lives."

Personality Changes. The homosexual addict undergoes profound personality changes. He becomes secretive, furtive, obsessive and compulsive. These changes are brought on by feelings of persecution, victimization, isolation and, above all, acute guilt. In extreme cases, this leads to murder and suicide, which are both experienced in much higher incidences among homosexuals than among the general population, even in nations where homosexuality is accepted and actually celebrated.

Naturally, homophile activists blame these killings and suicides on "homophobia" and not the homosexual's self-loathing and internal conflicts. The California Health Interview Survey found that nearly half (48.5 percent) of homosexuals sought substance abuse or mental health counseling in the previous year, more than twice the rate of heterosexuals at 22.5 percent. 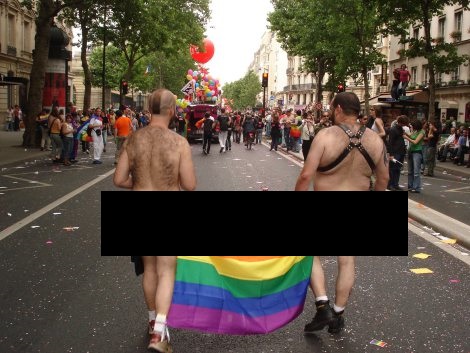 Withdrawal. The homosexual addict experiences withdrawal symptoms to varying degrees if he is placed in an environment where other homosexuals are not available.

Escapism. The homosexual addict avoids responsibility for his actions and blames everyone else for anything in his life that is not to his liking. This aspect of homosexual addiction has assumed extreme proportions in the "gay rights" movement. Everyone is to blame for the homosexual's plight but himself — society, the government, the Church and, of course, "gay-bashing bigots."

Obsession with Privacy. The homosexual addict is extremely concerned about privacy, because he knows that it is essential in order to continue his behavior.

Cross-Addictions. Finally, the homosexual addict is usually cross-addicted. This means that he does not limit himself to compulsive sexual activity, but often becomes involved in pedophilia, transvestitism, sadomasochism (S&M), hard-core pornography and other horrors.

In summary, the homosexual lifestyle strongly resembles an addiction. It focuses on the subject of the addiction — sex — as all addictions do, and is a form of mental and physical slavery that causes terrible damage to all aspects of the human being. For the sake of the person's temporal and eternal health, it should be avoided at all costs.

Brian Clowes has been director of research and training at Human Life International since 1995.

Originally published at The Wanderer.