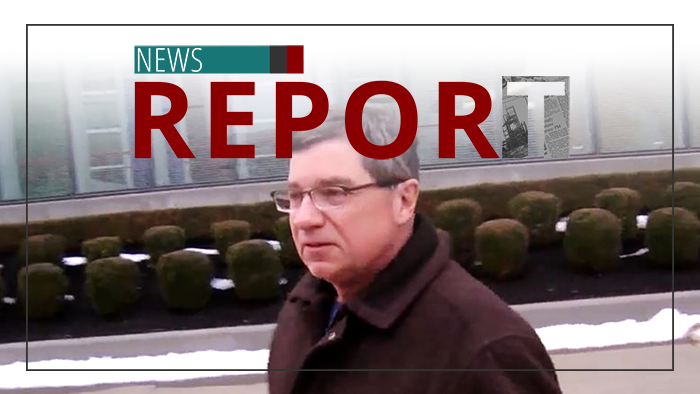 A former seminary professor is pleading guilty to cyberstalking a reporter following an FBI investigation. As Church Militant's Kim Tisor explains, the threats failed to stop allegations of sex abuse from coming to light.

Paul Lubienecki voice recording: "You're a bad person. I know where you live in [town]. I'm going to find you, I'm going to kill you."

Specht, with Western New York's WKBW, was covering multiple cases of clerical sex abuse within the diocese of Buffalo and the now-shuttered Christ the King Seminary. The threats against Specht began in August of 2019 and spanned a period of six months.

Fr. Ryszard Biernat: "Why are we hiding? Why are we lying about the truth? You know, it's simply to protect predators."

Their allegations of a diocesan sex abuse cover-up led to Bp. Richard Malone resigning in disgrace.

Lubienecki insisted in his menacing calls that Malone was a "good man" and hoped one of the whistleblowers would burn in Hell.