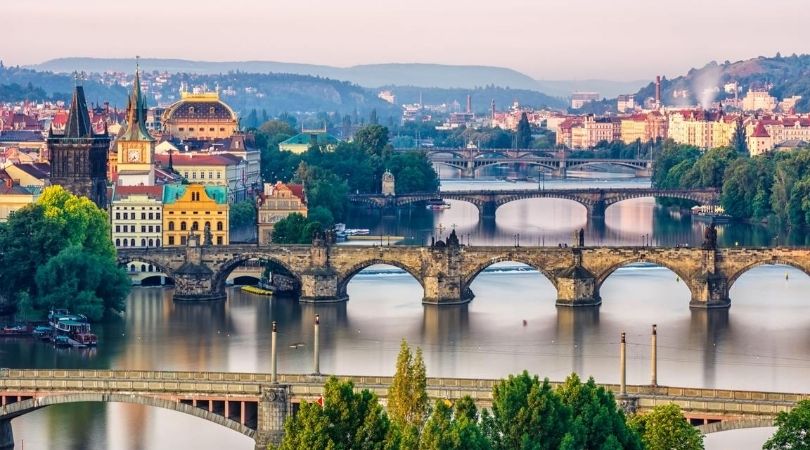 PRAGUE (ChurchMilitant.com) - Despite the country's atheist majority, the Czech Republic has staved off yet another attempt to legalize euthanasia.

The government blocked another parliamentary effort on July 27 to legalize euthanasia. This marks the third time the country has maintained its classification of murder for so-called mercy killing.

The country's Ministry of Health was one group in the Czech Republic that rejected the bill.

"The proposed bill does not include the basic information of which providers and which specialist doctors will be affected, nor does it define in detail the requirements of the application," it said in a statement.

The ministry also opposed assisted suicide being covered by health insurance. Czech Republic president Miloš Zeman stated that if the euthanasia bill were to have passed, he would have vetoed it.

In 2008, a Czech senator submitted a similar bill which was turned down by the Czech upper house. In 2016, the last time the Czech Republic considered and rejected euthanasia, the Prague Daily Monitor reported on the unfolding of events.

"The cabinet said it goes counter to the coalition agreement in which the government parties ... pledged not to pass anything that would be incompatible with the protection of life from conception until its natural end," it reported.

The Daily Monitor also reported that industry and trade minister Jan Mládek had written on Twitter, "The bill, if passed, could result in the killing of people."

While debating the matter in 2016, Czech agriculture minister Marian Jurecka did not see euthanasia as the solution, but rather just an easy way out.

The bill, if passed, could result in the killing of people.

"I support help, loving care, solidarity and a high-level palliative care. This is a solution," Jurecka proclaimed.

In the midst of their debate at the time, in 2016, the Prague Daily Monitor reported the Czech government's preliminary position:

The government, nevertheless, believes that it is unsuitable for the Czech Republic to follow the example of the countries where euthanasia is legal, which the authors of the bill suggest.

In these countries, cases of clear misuse of euthanasia have been proved, aimed to vacate hospital beds, as well as cases of family members pushing for euthanasia for dubious reasons and also unpunished cases of the failure to observe the conditions set by law.

Observers note the irony that the Czech Republic is considerably less religious than other countries that have legalized the killing practice. In a 2017 Pew Research poll, 72% of Czechs did not identify with a religious group, including 46% who described their religion as "nothing in particular." Some 66% of Czechs said they do not believe in God, compared with just 29% who said they do.

This is substantially lower than all other central and eastern European nations where euthanasia is legal. Countries in Europe that have fully legalized euthanasia include the Netherlands, Belgium and Luxembourg.

Perhaps one reason for this is that murder violates the natural law that can be known by reason apart from divine revelation. The Catechism of the Catholic Church (CCC), in § 1954, states, "The natural law is written and engraved in the soul of each and every man." Thus, it can be discerned by reason.

In Spain, euthanasia is illegal; however, they allow a gravely ill person in control of his mental faculties to refuse treatment. In Italy, the Constitutional Court ruled in 2019 that it wasn't always a crime to assist someone with "intolerable suffering" to commit suicide. Italy's parliament is now set to debate a change in its ban on euthanasia. Switzerland allows for patients to self-administer a lethal dose of drugs but bans third parties (physicians) from doing it. Britain, Austria, Germany and Norway all have some kind of law allowing for passive euthanasia — physicians withholding life-saving treatment at the patient's request.

The Ministry of Social Affairs said that the proposed bill did not contain enough safeguards against human error or infringement of the law.

In a 2015 Pew Research poll, 89% of Americans said they believe in God, while 61% called themselves religiously unaffiliated. In the United States, physician-assisted suicide is legal in eight states: California, Colorado, Oregon, Vermont, Maine, New Jersey, Hawaii and Washington. It's also legal in Washington, D.C. and is currently legal in Montana, due to a recent state Supreme Court ruling.

In the Czech Republic, according to the BRNO Daily news, critics have argued that the recent euthanasia bill is inconsistent with the Charter of Fundamental Rights and Freedoms, which stipulates that everyone has the right to life and the right to not be deprived of life. The Ministry of Social Affairs said that the proposed bill did not contain enough safeguards against human error or infringement of the law.

The Church in CCC § 2277 rejects all forms of euthanasia as the direct killing of the innocent, i.e., murder. It does make the distinction in § 2278, however, between euthanasia and the withdrawal of extraordinary or disproportionate means of care to patients. The latter, which is not euthanasia, is generally permissible. 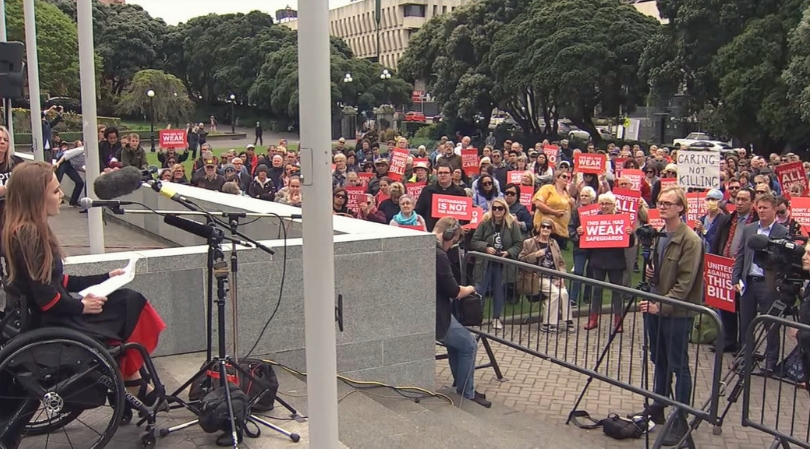 Canadian Doctor: Children Should Be Present at Assisted Suicides
By Church Militant   •   0