DETROIT (ChurchMilitant.com) - Charges for some pro-lifers arrested near abortion clinics were dropped, while others face harsh punishments and fines.

Pro-life advocates Will Goodman and Dr. Monica Miller, national director of Citizens for a Pro-Life Society, were arrested June 1 for following their consciences to save unborn babies. Miller told Church Militant she turned away one woman who broke into tears and admitted she was considering abortion because her boyfriend didn't want the baby.

At her arraignment, Miller said, "We did not harass or intimidate anyone either today or on the day we were arrested in December. I did not picket the clinic today, I held no sign. I did not protest abortion."

She later told Church Militant their intention wasn't about defiance.

"We believe we didn't do anything wrong," she said. "The law is wrong."

Goodman and Miller were placed under arrest for violating the conditions of their probation for their conviction in March when 48th District Court Judge Marc Barron slammed the pro-lifers with fines and a year of probation. Conditions of their probation forbid the pro-lifers from direct contact with each other, even in the presence of their lawyer, and states that they may not come within 500 feet of an abortion mill.

All we did today was go to an abortion clinic to witness to the sanctity of human life.

"Those conditions may be unconstitutional — a violation of our free speech, our freedom of assembly, and even our free exercise of religion," Miller said. "A 500-foot restriction on every single abortion clinic in the United States of America absolutely unprecedented in the history of legalized abortion that we have had these incredibly atrocious conditions imposed on us when all we did today was go to an abortion clinic to witness to the sanctity of human life well within the boundary of constitutional rights."

American Freedom Law Center attorney, Robert Muise told Church Militant they filed an emergency motion on March 27 to stay the sentences while they appeal the conviction. He said, "That motion is still pending."

"This was supposed to be just a simple trespassing case," Miller said. If given jail time, they would have served about 120 days and would be free to continue their pro-life advocacy.

Another Red Rose Rescue was held at Capital Women's Services in Washington, D.C. on May 26. Adele Gillhooly, Lauren Handy, Immolatia Hernandez and Fr. Fidelis Moscinski of the Franciscan Friars of the Renewal entered the abortuary at 9 a.m. to present the pro-life options for women in crisis pregnancies and the staff.

The rescuers witnessed three women leave during the two hours they were at the clinic. Church Militant spoke with Fr. Moscinski about the rescues and he said he saw police turn away numerous women who were trying to enter the clinic. Fr. Moscinski said he gave one woman a rose. Handy said she heard a woman say "I want to leave" and saw her return to the counter for a refund.

The Red Rose Rescue Facebook page noted one "abortion-bound couple waiting inside took a red rose and pregnancy help information and left!" After two hours, Fr. Moscinski, Handy and Hernandez were arrested. Gillhooly left the clinic after the third warning and was not arrested. Church Militant obtained the police report that shows they were arrested for unlawful entry.

Fr. Moscinski said he was the first to be processed and was given a citation for unlawful entry. Handy and Hernandez were both released from jail and told their charges were being dropped. Hernandez refused to give police her name only identified herself as baby Jane Doe, but was still released. Fr. Moscinski will be arraigned on June 21.

In this case, because it is in Washington, D.C., it is processed by the U.S. Attorney General's office. They declined to comment on a pending case. At this time, it is still unclear as to why Handy and Hernandez were not charged.

Father Moscinski refuted criticism of the Red Rose Rescues claiming patients and staff were scared by the pro-lifers in the waiting room saying, "there was no indication anyone was afraid." He said while some staff and patients were receptive to the discussions, others pretended not to notice them and one man, in particular, seemed "completely oblivious to the fact police were there arresting people."

"The purpose of the Red Rose Rescue is to reach the mothers in the crisis pregnancy situations and offer them alternatives," Fr. Moscinski said. "Sometimes it's not possible to reach them on the sidewalk and there's no reason why we can't go into a waiting room and attempt a conversation."

He said even if that conversation did not produce a good result, an important secondary purpose "is to remain in solidarity with the children who are being killed there." He said the presence of the rescuers is giving "visible witness" to the presence of the unborn and their silence.

"The fact that we go noncompliant during the arrest is a further witness to the helplessness of the unborn children," he said.

We're just simply responding to the Gospel imperative to love our neighbor.

"We are making visible what is invisible and continue that witness when we are brought to the courts by explaining how our arrests, incarceration and prosecution is illegal because we weren't breaking the law, we were defending life," he said. "We were justified in our actions."

"We're just simply responding to the Gospel imperative to love our neighbor, and this is the most direct and, in fact, necessary way in these circumstances to do that," Fr. Moscinski said.

"There is a great deception occurring right now. ln large portions of society, people's consciences have been numbed and deadened," Fr. Moscinski explained, adding Satan has convinced many that abortion can be a good thing in some circumstances and that it is a woman's right to kill her unborn baby. "Any deliberate sin a person engages in has a negative effect on the ability of their conscience to perceive good and evil. Over time, a person becomes blind to the evil they are doing."

"Alternatively, once a person turns away from evil and deliberately choose good, then God's grace begins to gradually lighten their conscience and they're brought into the fullness of truth" Fr. Moscinski said. "That's ultimately what we're hoping and praying and sacrificing for, that especially people like Steven Brigham, the abortionist Myron Rose and all the staff, to turn away from the evil."

Father Moscinski said the Church as a whole isn't doing enough to promote abortion as a grave injustice. He said people need to examine their consciences and ask themselves, "Can I do more? Can I sacrifice more?" 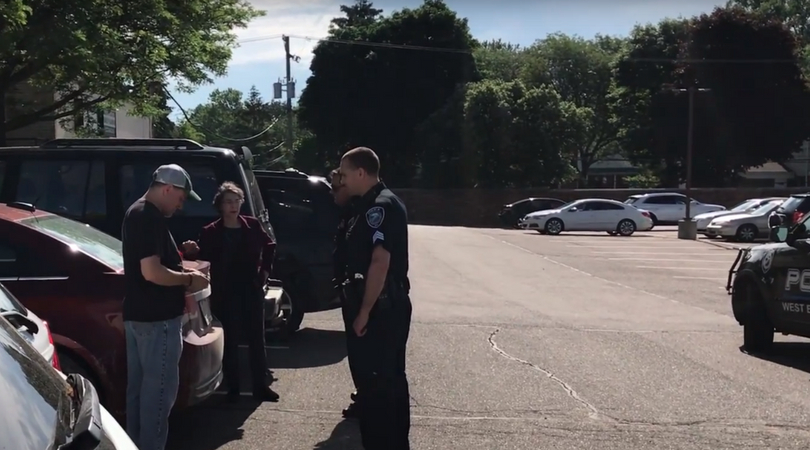 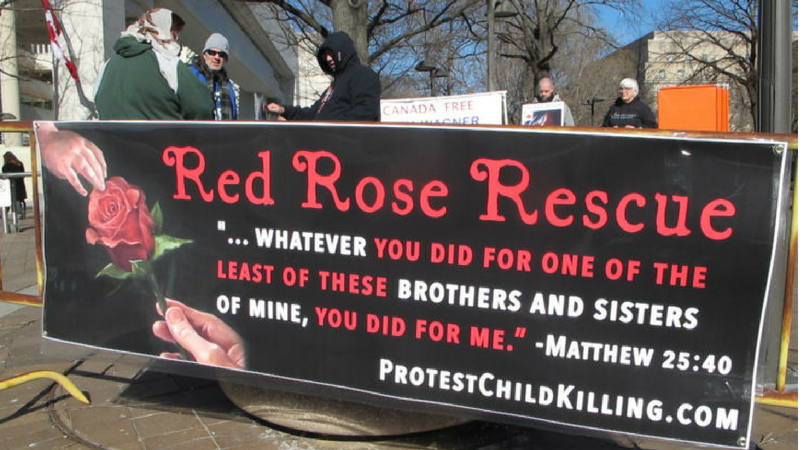