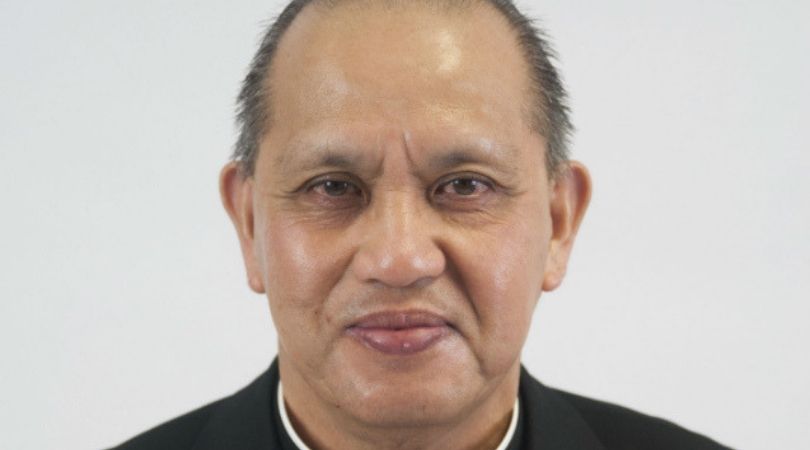 CBS News reports the network obtained an affidavit that depicts a disturbing course of events in which the diocese withheld from police 51 pages of details from the file of an accused priest in a 2004 investigation.

When police inquired about details missing from the file, the diocese took three weeks to respond with the absent pages. Included in the document cache was a previously unreported claim of sexual abuse by a member of the clergy.

At the forefront of the investigation is Fr. Edmundo Paredes for sexual crimes as well as theft from St. Cecilia's parish where he was pastor. Church Militant previously reported credible claims that Paredes allegedly molested at least three boys in the 1990s.

As the Paredes' case began to garner public attention from the intensified police scrutiny in August 2018, the priest disappeared, presumably returning to his native Philippines.

Dallas Police Department Major Max Geron acknowledged "at least five additional allegations of child abuse against other suspects" in his May 15 press conference, referring to new allegations against four priests already under investigation.

"These investigations stem from additional allegations made after the case against Mr. Paredes became public," he said.

The diocese has long been a hotbed of criminal sexual activity perpetrated by Catholic clergy against minors. Although Paredes is the name most recently associated with sexual abuse in the Dallas diocese, he's far from alone. This past January, for example, the diocese released a list of approximately 31 priests credibly accused of sexual abuse since 1950.

Many of the accused priests on the list are dead or retired. Others, however, benefited from cover-ups initiated by Church hierarchy. In a lawsuit filed in May 2018, a young man identified only as "John Doe" alleges he was sexually abused — including a scrapbook filled with suggestive photography of the victim, numerous hot oil massages and a hotel room sexual assault — as a minor by Fr. Timothy Heines in the late 1990s.

The diocese has long been a hotbed of criminal sexual activity perpetrated by Catholic clergy against minors.

According to the lawsuit, upon learning of the charges then-Bishop Kevin Farrell insisted on characterizing the incidents as activities conducted between two consenting adults and minimalized the transgressions as mere "boundary violations." Under this pretense, Farrell neglected to inform the Vatican's Congregation for the Doctrine of the Faith as required for all claims of clerical abuse against minors.

Farrell left the Dallas diocese in 2016 after Pope Francis appointed him to head the Vatican's Dicastery for Laity, Family and Life. Church Militant previously has linked Farrell to disgraced homosexual predator Theodore McCarrick, the laicized archbishop, former prelate and former cardinal with whom Farrell shared a Washington house for six years when he served as McCarrick's auxiliary bishop.

Farrell also is connected to the Legionaries of Christ, a group founded in Mexico by Marcial Maciel, whose notorious serial pedophilia extended to raping his own sons.

Although Farrell acknowledged meeting Maciel "once or twice," it has since been documented that the two men's relationship extended beyond a perfunctory acquaintanceship.

J. Paul Lennon, among the first group of Irish-born members of the Legion and close friend of Farrell's brother Brian (a former Legionary who now works as secretary for the Vatican's Pontifical Council for the Promotion of Christian Unity), claims Farrell was far closer to Maciel than he lets on.

Additionally, Church Militant reported that a journalist for Il Fatto Quotidiano, an Italian newspaper covering the Vatican, stated she had perused a dossier on Farrell in which it was stated he had been investigated by the Congregation for the Doctrine of the Faith. The article also states that McCarrick and Farrell were part of Pope Francis' "magic circle."