Barrett: Roe Not Beyond Reversal 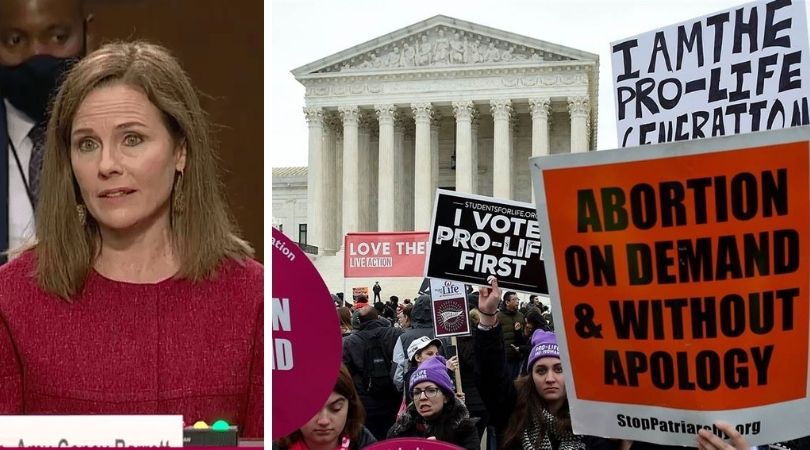 WASHINGTON (ChurchMilitant.com) - Judge Amy Coney Barrett is acknowledging that Roe v. Wade is not beyond reversal.

On the second day of judicial confirmation hearings, Sen. Amy Klobuchar (D-MN) led into the abortion case by first asking whether Barrett believes the 1954 case Brown v. Board of Education, which ruled racial segregation unconstitutional, is precedent.

"It's superprecedent," said Barrett. "People consider it to be on that very small list of things that are so widely established and agreed upon by everyone that calls for its overruling simply don't exist."

Klobuchar used the issue to press the Catholic judge on whether she thinks Roe is also superprecedent.

Dinstinguishing between two different definitions of superprecedent, Barrett made clear Roe does not fall within the "cases that are so well settled that no political actors and no people seriously push for their overruling, and I'm answering a lot of questions about Roe which I think indicates that Roe doesn't fall in that category."

"Scholars across the spectrum doesn't mean that Roe should be overruled," she clarified, "but descriptively it does mean that it's not a case that everyone has accepted and doesn't call for its overruling."

Quoting Prof. Richard Fallon of Harvard Law School, who is not considered conservative, Barrett said, "Roe is not a superprecedent because calls for its overruling have never ceased, but that doesn't mean that it should be overruled. It just means that it doesn't fall on the small handful of cases, like Marbury v. Madison and Brown v. Board, that no one questions anymore."

Roe is not a superprecedent because calls for its overruling have never ceased.

The Democrat senator asked the judge whether she believes U.S. v. Virginia is superprecedent, a case whose majority opinion was authored by the late Justice Ruth Bader Ginsburg and which struck down as unconstitutional Virginia Military Institute's exclusion of women.

"Senator Klobuchar, if you continue to ask questions about superprecedents that aren't on the list of the superprecedents that I discussed in the article that are well acknowledged in the constitutional literature, every time you ask the question, I will have to say that I can't grade it."