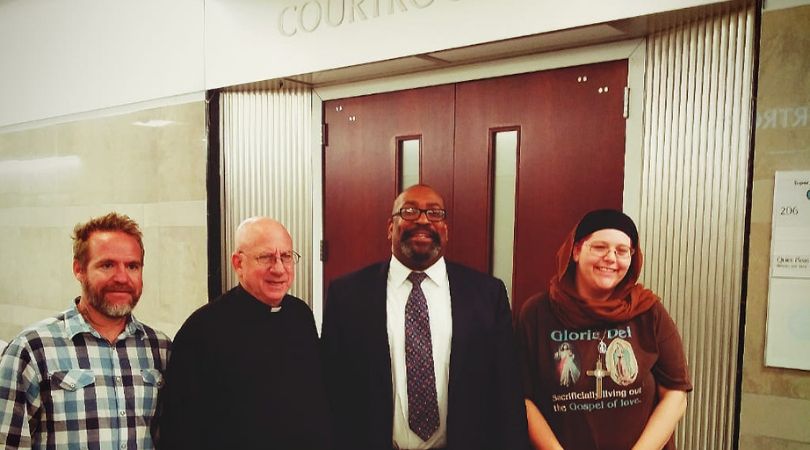 WASHINGTON (ChurchMilitant.com) - Pro-life advocates' plan to fight for the unborn in court was thwarted when a judge dismissed charges against them for the fourth time.

On July 23, a judge for the Washington, D.C. Superior Court dismissed all charges against three pro-life advocates after they spent four hours in the waiting room of an abortion mill advocating for the lives of unborn children during a Red Rose Rescue.

The Red Rose Rescue was conducted on March 19 when Bud Shaver, Fr. Stephen Imbarrato and Lauren Handy entered Surgi-Clinic in Washington, D.C. to act as witnesses to the unborn children that were scheduled to die by abortion that day. They brought red roses with messages of love and offered material support for the women in crisis pregnancies.

The Rescuers remain in the abortion mill as an act of solidarity with the unborn inside their mothers' wombs who are about to be killed.

Father Imbarrato said, "Babies are saved in every rescue, and countless babies have been saved because of the Red Rose Rescues."

He explained they essentially closed down the abortion mill for four hours, saying, "As of 1 p.m. the abortionist did not even show up nor did any appointments show up after the initial three early in the morning and they were still in the waiting room when we were arrested."

Red Rose Rescues have also been held in Michigan, New Jersey, Virginia and New Mexico, and many times the Rescuers are jailed — sometimes for months.

In June, four Red Rose Rescuers were arrested and for the first time were hit with felony charges for their participation in a Red Rose Rescue at Women's Center in Flint, Michigan. Flint police charged them with assault, resisting arrest, obstructing a police officer, disturbing the peace and trespassing. Patrice Woodworth and Lauren Handy were released on June 10.

At a hearing in July, attorneys for the defendants asked for a delay to review surveillance video of the rescue since they were not provided it until that morning. Judge Vikki Bayeh Haley agreed to a delay in the hearing and to release William Goodman and Matthew Connolly from jail and waived their bond. The next hearing will be on Aug. 26.

Only in Washington, D.C. have the charges against the pro-life advocates been dropped. This is the fourth time they have not faced any charges for their rescues. In one case, Rescuers were not processed at the police station.

While the exact reasons for the disparity in treatment of rescuers are not known, Fr. Imbarrato theorized that it could be because the D.C. police are used to dealing with various forms of protests. He also theorized it was because they have been petitioning the Trump administration to sign the Personhood Presidential Executive Order that would guarantee constitutional rights to the unborn from the moment of conception.

"In D.C., we are trying to go to jail for the babies, and it does not look good that the most pro-life administration in history is prosecuting and jailing pro-lifers — especially Catholic priests," Fr. Imbarrato said. "I believe they don't want to jail us, but they want us to stop the Rescues. This is their dilemma."

Shaver had another theory, explaining, "The glaring disproportional response by law enforcement in Michigan and Washington, D.C. to the peaceful Red Rose Rescue efforts highlights the constitutional crisis that Roe vs. Wade has created in America."

"States across our country also mirror this constitutional crisis as Alabama recently virtually banned all abortions and yet in New Mexico the lack of state laws allow abortions through all nine months of pregnancy," Shaver said. "The glaring disparity between how states are treating pro-life activists and the glaring contradiction of the laws governing abortion in various states is exactly why we feel President Donald Trump needs to take direct executive action."

"By issuing the Personhood Proclamation Executive Order it will provide the most direct path to give constitutional protection and personhood to the pre-born, the last unprotected group in America," Shaver added.

Father Imbarrato also pointed to the silence of Church leaders as a reason for the myriad problems in modern culture.

"But nothing is a greater scandal than the silence of the Church and its shepherds in regard to the daily mass murder of preborn children," he said.

One of the great scandals in the Church in the U.S. today, and it has been the situation for decades, is that the Catholic vote in this country is split, more or less, 50-50, amongst the two polar opposite political-socio ideologies. How [can] this be if Catholics are called to be united in the truth and in the doctrines of our faith? And no one is addressing this scandal.

The current situation here in the U.S. is that after 46 years of legalized abortion, a case can be made that this daily mass murder of the preborn is government-sanctioned, government protected by the courts and law enforcement and government-funded with our tax dollars. Further, it can be said that both political parties, the leadership of the pro-life movement and leaders of the Church are complicit in this mass murder.

The mainstream corporate pro-life movement enables the "party of omission," accepting whatever crumbs the Republicans choose to give us year in and year out. The movement does not ever criticize the Republicans nor tries to exert any of the leverage the movement may have over the Republicans by its ongoing support of the party.

At the same time, the leaders of the Church enables the "party of commission." The only reason why "abortion up till the day of birth" is a plank in the Democrat Party platform is because the bishops of the U.S. allow it. Surely, if the bishops threatened to withdraw total support from the Democrat Party if the abortion plank was removed, the Democrats would have to acquiesce or they would be finished as a party.

Both Shaver and Fr. Imbarrato called for more Americans to call out abortion as the murder that it is and speak out to their government leaders about being complicit in it.

Shaver said, "We encourage pro-life individuals, pro-life groups and pro-life officials all across our country to join our efforts and our call to rescue those in the womb who are the most defenseless and who are being deprived of their right to life, liberty and their pursuit of happiness."

"[W]e need to start taking the government to task and hold them accountable for this bloodshed," Fr. Imbarrato said, adding:

When we hear a pro-life leader, Church leader, but especially a government leader utter similar words to those of William Wilberforce when he started the abolitionist movement in the British Empire, we will know we are seeing the beginning of the end.

I mean not to accuse anyone, but to take the shame upon myself, in common, indeed, with the whole Parliament of Great Britain, for having suffered this horrid trade to be carried on under their authority. We are all guilty we ought all to plead guilty, and not to exculpate ourselves by throwing the blame on others; and I therefore deprecate every kind of reflection against the various descriptions of people who are more immediately involved in this wretched business. [emphasis in original] 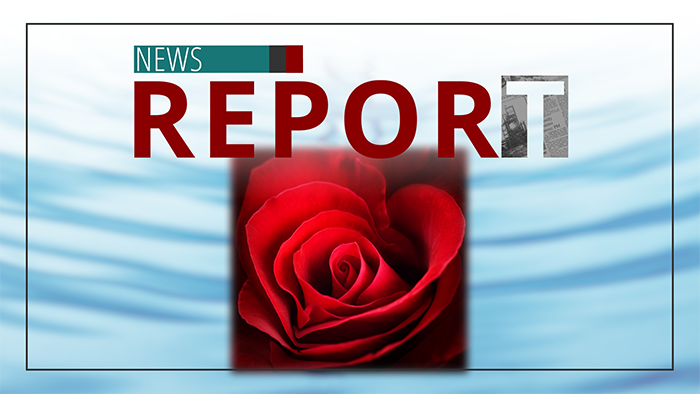 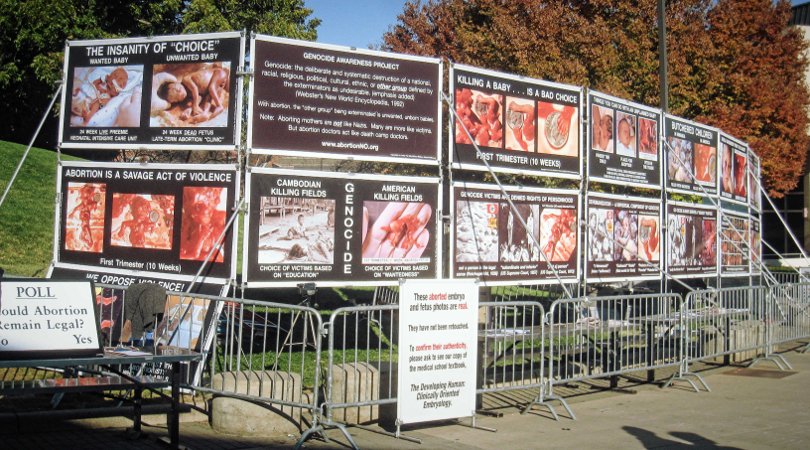 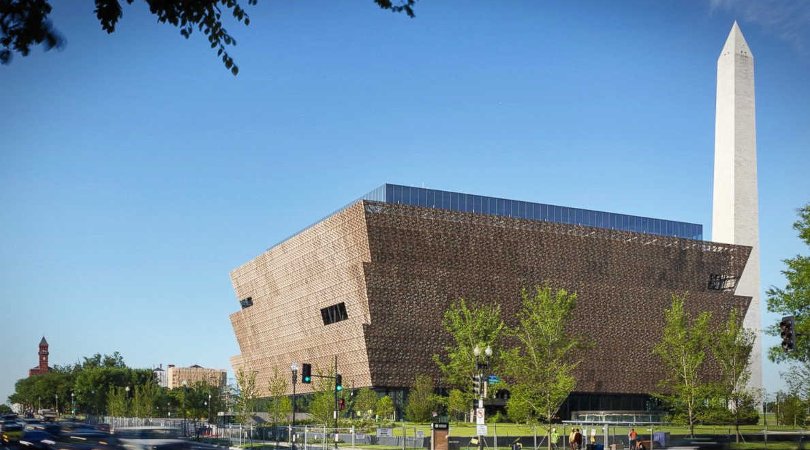