Late editor worked for 30 years exposing filth inside the Church

DES MOINES, Iowa (ChurchMilitant.com) - The Wanderer's long history of exposing heretical bishops could be the reason a deacon is being blackballed by his bishop.

After Deacon Mike Manno started writing regularly for a weekly Catholic newspaper, The Wanderer, Bp. Richard Pates of the diocese of Des Moines notified him in a letter that he was not allowed to publish articles without his permission. The two had known each other personally for years and had worked together on a radio program.

While Bp. Pates is correct that a deacon does need permission to speak publicly on issues of faith and morals, it is not the case when it is on other matters — as it was in this case. Deacon Manno, a lawyer and author, was writing on religious liberty issues such as the transgender bathroom laws, Supreme Court rulings on same-sex marriage issues and public funding given to religious organizations.

The disagreement went on for several weeks, and a resolution was never settled on, in part because Deacon Manno was never given a reason for why Bp. Pates did not want him to write for The Wanderer.

Several weeks after those discussions stalled, Deacon Manno was facing two accusations of impropriety and the diocese suggested he take a leave of absence during the course of the investigation.

One of the women from these allegations, Jessica Crouse, tried unsuccessfully to arrange a meeting with Bp. Pates to explain the situation and clear the deacon of any wrongdoing. Crouse explained she had gotten a call from the bishop's secretary, as she was arriving at the pastoral center, telling her the meeting was canceled.

The diocese told Church Militant that a meeting was scheduled but she never showed.

Because The Wanderer's archives prior to 2004 are not available online, many Catholics may not know the history the paper has on exposing the liturgical abuses that have been flourishing since Vatican II, the heretical bishops and the homosexual cabal within the Church.

The paper's earliest reportings were to fight against the German "enlightenment" after the Protestant Reformation, the heresy of Americanism and the influence of Freemasonry in the Church.

Throughout the 1980s and up to his death in 2016, Paul Likoudis, the news editor for The Wanderer, investigated and exposed the spread of homosexuality inside the Church and the cover-up of the sexual abuse of minors.

In 1991, he wrote a series on Bp. Howard Hubbard's "pastoral plan" for the diocese of Albany, New York that favored the ordination and spread of homosexual priests. Likoudis knew and worked with Fr. John Minkler for over a decade to expose the homosexual network in Bp. Hubbard's diocese.

Likoudis spoke with Fr. Minkler only six hours after he was called into the chancery before Bp. Hubbard and Fr. Kenneth Doyle, the chancellor of the diocese of Albany, and forced to sign a statement denying he wrote a letter calling out Bp. Hubbard as "the ringleader of a cabal of homosexual priests."

Likoudis wrote in 2010 about that conversation. He said that Fr. Minkler "sounded scared" and said:

Likoudis noted this was only 48 hours before Fr. Minkler was found dead from an apparent suicide.

The Wanderer clarified the role homosexuals and pedophiles had in the deconstruction of the Catholic Mass.

Likoudis also exposed the persecution of Fr. John Hardon, a Detroit-area Jesuit priest who was silenced by his order after he spoke out against New Age philosophies. The archdiocese of Detroit also blackballed Fr. Hardon and refused to use any of his numerous writings. The Wanderer exposed in the 1990s that the editor of The Michigan Catholic, then-Fr. Patrick Halfpenny, had a standing order that Fr. Hardon's picture was never to be printed in the paper, and if his name had to be mentioned, it was to be in the smallest font possible.

The Wanderer also reported that at his funeral in 2000, not one of his Jesuit brothers attended.

In 2002, Likoudis wrote Amchurch Comes Out: The U.S. Bishops, Pedophile Scandals and the Homosexual Agenda — the fruit of his 15-year investigation into the sexual abuse scandal The Boston Globe exposed.

In that book, he wrote: "The Wanderer published ... one of the first ... reports which would clarify the role of homosexuals and pedophiles in the deconstruction of the Catholic Mass."

Bishop Pates himself was also the target of The Wanderer's reporting. In 2004, Likoudis reported on a Minneapolis parish that was rebuked by the Vatican for having gay pride material on its website. Bishops Pates and Frederick Campbell, both auxiliary bishops of the diocese of St. Paul and Minneapolis, were sent to inform the pastor of the Holy See's request.

Despite the visit from the bishops, the parish went on to host a number of gay advocacy programs including a lecture series hosted by the Catholic Pastoral Committee on Sexual Minorities (CPCSM). The Wanderer noted this group's mission of promoting homosexuality in Catholic Churches and "especially Catholic schools."

In an exposé of the homosexual infiltration in St. John Vianney Seminary in the archdiocese of St. Paul and Minnesota, author David Pence noted the vindictive nature of Bp. Pates. From 1981 to 1987, then-Fr. Pates was the rector of the seminary. He appointed openly gay Fr. Gregory Tolaas as the spiritual director and "more flamboyant acting out of homosexuality" flowered under his leadership.

When Bp. Pates was asked if there was a homosexual problem in the seminary in 2006 by Cy Laurent, a consultant at St. John Vianney Seminary and founder of The Laboure Society, Laurent was sent a letter and fired. Pence wrote: "He was to talk with no seminarian and never represent himself as affiliated with the seminary. His picture was removed from the seminary wall."

Deacon Manno has been waiting 15 months, and the diocese has still not publicly stated the results of that investigation or whether or not he can return to ministry. Anne Maries Cox, the communications director from the diocese of Des Moines, said, "We will announce a decision in due time."

Out of obedience to his bishop, Deacon Manno declined to comment. 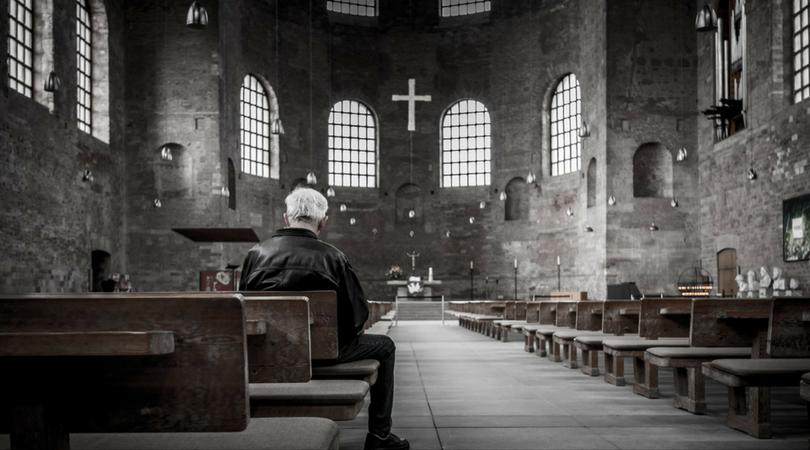