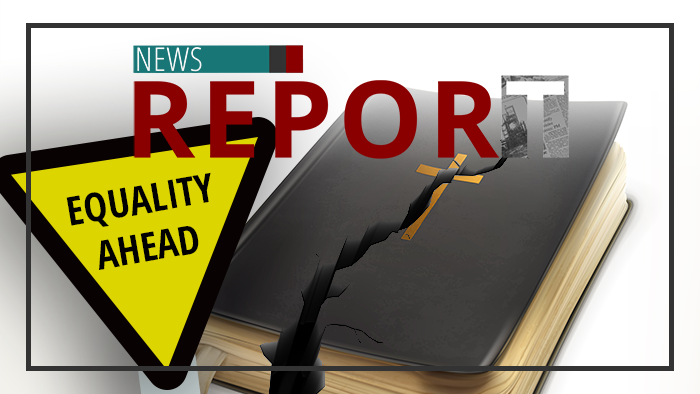 Diminishing women and the family

Hasson: "The Equality Act compromises women's identity, our spaces, meaning our privacy and our safety, and our opportunities."

The U.S. Senate Judiciary Committee is debating this dangerous bill recently passed by the House. If passed into law, the bill would weaponize the Department of Justice to endanger women and children.

This Act would warp logical definitions of biological sex to accommodate perversions.

Gabrielle Gergis: "It also expands the meaning of  'sex' to cover pregnancy, childbirth, or a related medical condition. Under the Equality Act, all federal and state health care programs and any health care programs that receive federal funding must provide access to all 'treatments' for the 'condition' of pregnancy."

With even pregnancy now added as a category of biological sex, abortion cannot be denied for any reason.

One speaker warns participants not to be misled by politicians who say the bill won't target religious liberty.

Robert Vega: "You may hear the Equality Act does not touch Title IX. The bill's amendments to the Civil Rights Act, Title VI, override that and lack all the nuances for religion and sex-separate programming that Title IX has."

This political assault on the Catholic moral fabric is reminiscent of the German Kulturkampf.

Under Otto Von Bismarck, in the late 1800s, Catholic priests were forbidden from speaking out in politics. Catholic schools were inspected for compliance with the Protestant State's values.

Under Democrats, equality doesn't mean a protection of universal dignity but a blurring of lines traced by God in nature, which leads to enslaving those who respect His creation.