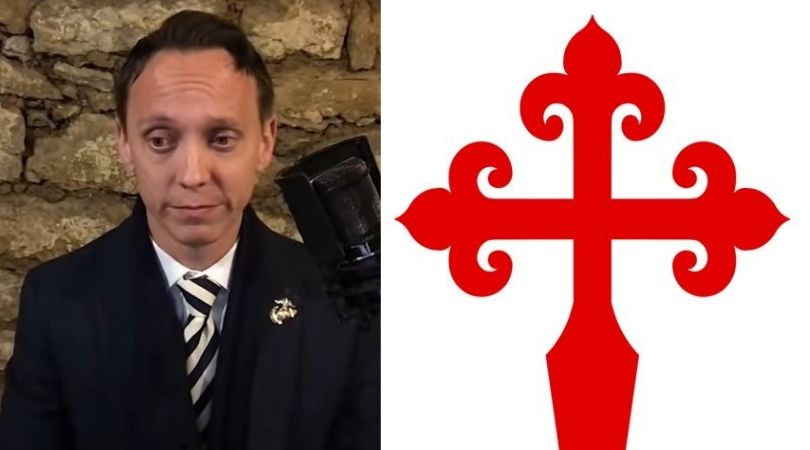 Numerous tweets by Parrott insinuate Church Militant is either stealing money from donors or its staff is engaged in unchaste behavior — outrageous accusations with no evidence: "[T]hese false implications include allegations of lack of chastity on the part of Church Militant's reporters and imputations that Plaintiffs were engaged in criminal conduct."

Parrott threatened to continue his campaign to defame and harass Plaintiffs and to interfere with Church Militant's membership unless Plaintiffs discontinued their investigation into and publication of Parrott's illegal fund raising activities. ... When Plaintiffs refused to agree to Parrott's extortionate demands, Parrott, through RTFM, continued his campaign of harassment and defamation.

Michael Parrott is head of Restoring the Faith Media (RTF), a limited liability company incorporated in Delaware, listed under a shell corporation named "Delaware Corporate Headquarters, LLC" with no name or contact information.

The same shell corporation is used by hundreds of other LLCs in Delaware.

Parrott is a graduate of Texas A&M University, with degrees in accounting and finance, and has served as associate director of financing at Chicago-based Livingstone Partners, among other things.

While he refers to himself as "just a dad with a webcam, six kids and a mortgage," he recently lived in a half-million-dollar home in an upscale suburb of Kansas City, Missouri and has access to millionaire donors who help fund his business ventures.

He has since purchased three homes in another part of Missouri for $650,000 cash. He will not answer questions as to how he paid such a large sum in cash.

Parrott used RTF to launch a crowdfunding campaign in early November for Fr. James Jackson, a priest of the traditionalist Priestly Fraternity of St. Peter (FSSP), which offers the Traditional Latin Mass and is known for orthodox teaching and preaching. All funds went into the coffers of RTF — approximately $150,000.

The donations were given primarily by individuals who are convinced Fr. Jackson is innocent.

Jackson, pastor of St. Mary's Church in Providence, Rhode Island, and former rector of the FSSP seminary in Nebraska, was arrested Oct. 30 after a two-month investigation by the Rhode Island State Police Internet Crimes Against Children task force.

After posting bail Oct. 31, he was arrested again, this time by federal agents. At his Nov. 15 arraignment, he entered no plea.

In federal court, he waived his right to a preliminary hearing.

Father Jackson has never denied the charges. While his supporters have claimed a "set-up," no evidence has ever been offered to substantiate this claim.

Parrott has been a vocal defender of Jackson's innocence, in his podcast as well as in numerous (now-deleted) tweets.

"A guy like him, with a devotion to the Holy Face — he's not going to be engaged in this," Parrott claimed in a recent podcast encouraging people to donate to his fundraiser. "Good men deserve to be defended."

He speculated that "the powers that be were colluding against Fr. Jackson because he was opposing a satanic mass, because he was condemning the COVID religion, because he's written about the Traditional Latin Mass ... ."

His theories echo those of other online defenders, who insist the priest was "framed," a target of the "FBI" (the FBI is not involved in this case), some going so far as to say demons planted the evidence, or that it was an international plot between Joe Biden and Pope Francis to target political enemies.

No evidence has been offered for these theories.

"I do not know Fr. Jackson, have never met him and have no emotional attachment to him whatsoever," Parrott told Church Militant via email. "I only know him by repuation [sic]."

No evidence has been offered for these theories.

Parrott's fundraiser, "Truth for Fr. James Jackson, FSSP," states: "At least 50% of the proceeds will go towards forensic computing and private investigation — the rest to his legal defense."

"The funds from this campaign will be received by Restoring The Faith Media," it adds.

In public comments as well as comments emailed to Church Militant, Parrott gave the false impression he could access the evidence seized by law enforcement and conduct his own independent forensic analysis.

When Church Militant noted that would be impossible, as federal prosecutors are forbidden to hand over evidence in a criminal trial to an outside nonparty unconnected to the case, Parrott initially refused to answer questions, instead insinuating (in a now-deleted tweet) that Church Militant is engaged in deceptive financial dealings, also insinuating the same of Fr. James Altman, a priest of the diocese of La Crosse, Wisconsin, an Arizona corporation and a donor from Canton, Ohio.

All three parties have disavowed Parrott's claim, including Fr. Altman, who recorded a short video denying any donations ever being given to Church Militant.

In a lengthy phone call with Church Militant CEO Michael Voris on Nov. 10, Parrott admitted he had no basis to insinuate any financial dishonesty. He was forced to retract his claim.

Parrott appears unaware that a court could never accept into evidence any independent forensic audit done on the Colorado computer. Prosecutors are required to demonstrate an unbroken chain of custody in order to get an exhibit admitted into evidence. Such chain of custody would be lacking in this case, and thus any results from any audit would never be admitted in court.

It is also unclear what such analysis would prove.

Additionally, fees for forensic analysis typically cost several thousand dollars — nowhere near the $70,000 making up half the funds raised. When asked to account for this, Parrott simply wrote, "I disagree," going on to say, "Monies used in the pursuit of truth (i.e., the independent review which I intend to conduct), or paid towards Fr. Jackson's legal bills, will not be refunded."

When asked what the purpose of such an "independent review" would serve if Jackson pleads guilty, Parrott replied, "This is a very good and fair question. He won't."

When asked whether he would refund the money if Jackson is found guilty, he answered, "Neither the raising nor the deploying of the money was (or is) contingent upon a particular legal outcome." He went on to say money could be refunded to donors who ask on a "pro rata basis."

In a later phone conversation with Church Militant, Parrott changed his mind, admitting his fundraiser was problematic on a number of levels, agreeing to refund the full amount to donors after paying $60,000 to Jackson's attorney —  a prior arrangement he had already made with the attorney, John Calcagni III.

Parrott, however, has failed to follow through. Instead, he began a week-long public defamation campaign against Church Militant, falsely accusing this organization of "blackmail," "extortion" and even "wire fraud," claiming we are "criminally funded" and "liars." He also falsely accused us of "threatening his family."

After Parrott refused to retract numerous defamatory statements he made about Church Militant accusing this apostolate of alleged grave crimes, Church Militant has had no choice but to defend our good name and reputation in court.

"Given the strength of the reported evidence incriminating Fr. Jackson and the nonsensical assumptions inherent in Parrott's fundraising efforts," the complaint reads, "Mrs. Niles contacted Parrott and asked for information on how he intended to spend the money he was raising under the guise of discovering 'the truth' about Fr. Jackson."

Parrott's stated plans for the money he was raising were a sham.

"Plaintiffs demanded a retraction of the defamatory statements Parrott made against them," the complaint notes. "As of the filing of this complaint he refused, choosing instead to accelerate his vicious campaign to discredit those who have shed light on his corruption."

"Parrott's stated plans for the money he was raising were a sham," the lawsuit explains. "He was taking advantage of those hurt and angered that one of 'their own' may have engaged in such horrific crimes."

Read the amended complaint below. 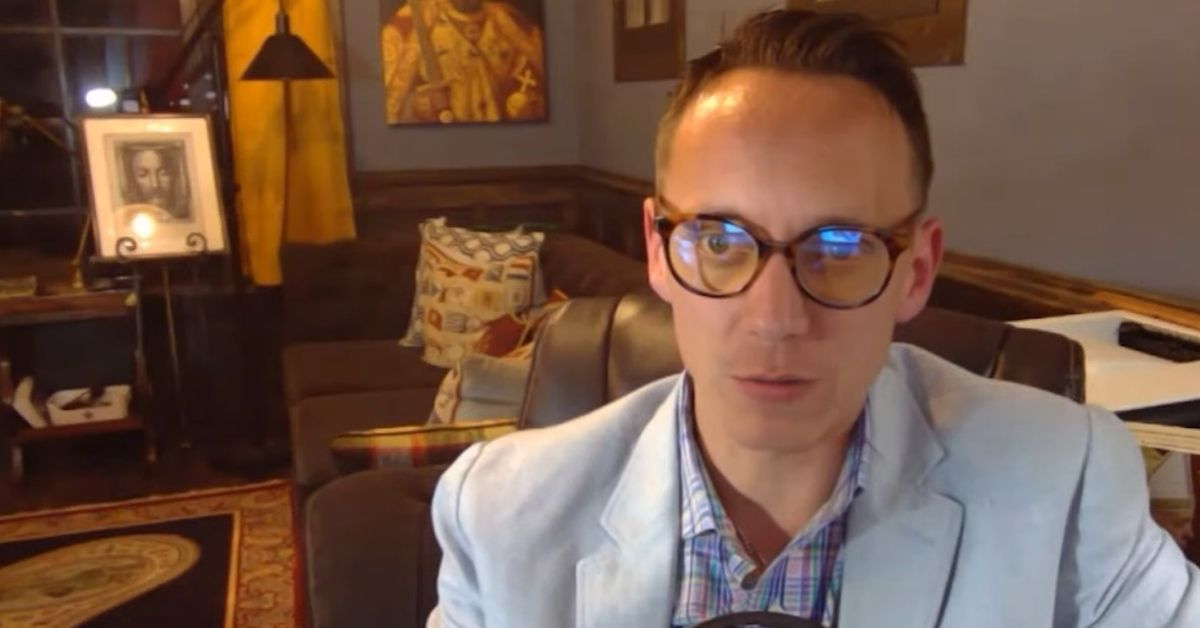 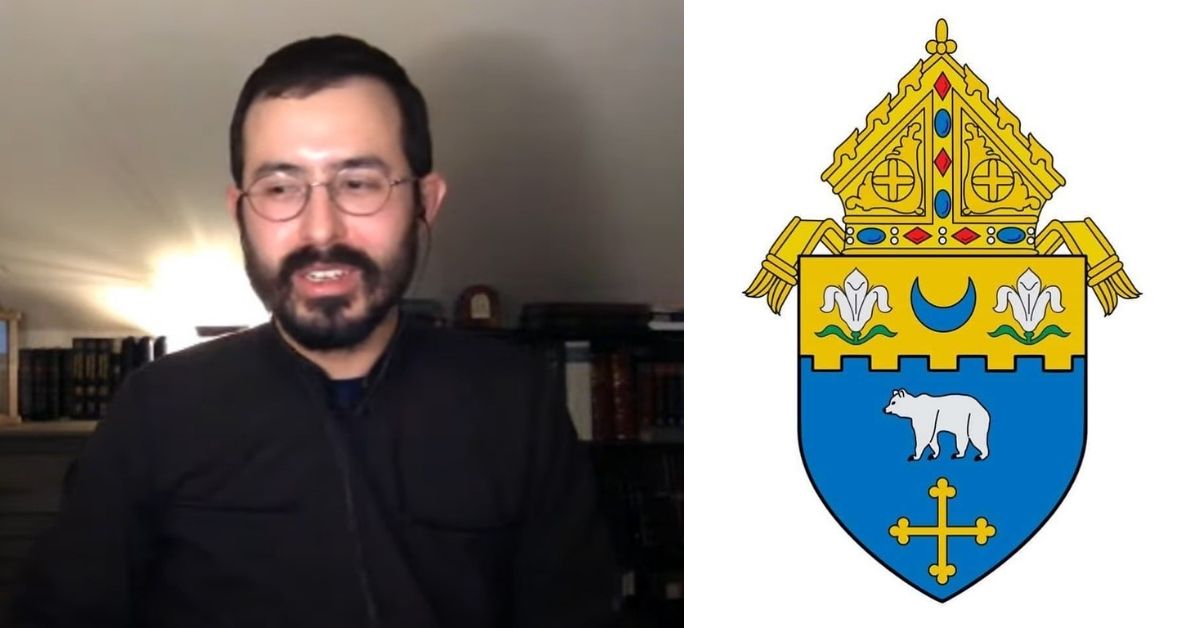 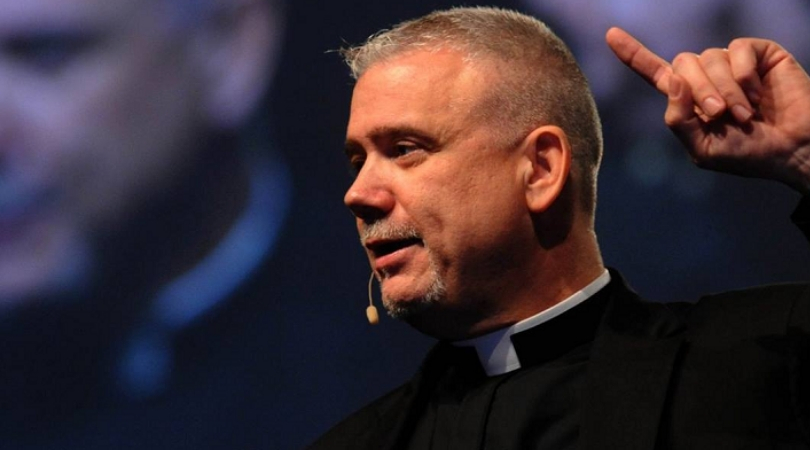