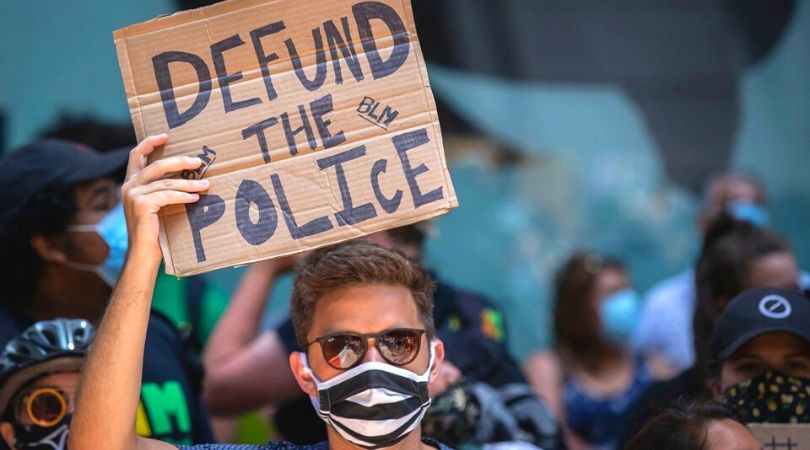 War on authority is war against God

"Defund the police!" is becoming a common mantra among leftists — almost as popular as "F*** the police" has been for the past couple of weeks. This latest tsunami by the Left, which has hijacked mainstream media and the psyches of most Americans, uses a terrible crime against an unarmed man as its springboard.

Nobody disagrees that George Floyd's death was a terrible thing.

Black Americans, like Hispanic Americans, Asian Americans and Native Americans have something important to say. Being of a minority ethnic group in any country has its challenges. Injustices, when they occur, must be brought to the fore and dealt with properly. Anyone who loves truth agrees with this.

But we are now hearing that authority itself is evil and it must be destroyed, not fixed, in a way that dwarfs what the 1960s hippies were saying yesteryear. There is a collective demand to defund — and some use the word "abolish" — the police.

Reforming the police is not enough. It is a sentiment born of police brutality, which has been experienced by all races. It comes within the cultural milieu of half the country, with the support of the media and academic establishments trashing every move and word of the president since the moment he took the oath of office.

Authority should not serve to convey truth and uphold justice, the progressive Left believes. Most of them don't even believe in objective truth or justice. Rather, it is to uphold the narrative created in order to control.

But it doesn't stop with demanding the resignations of the president and the police. There are now calls, reminiscent of the typical behavior lauded by Soviet bloc communists, for children to reject their parents for not being politically correct enough. If the Left gets its way, there may be a hotline in the future for children to have immediate access to government officials in order to squeal on their parents for insufficiently upholding the narrative.

In fact, things seem to be going in that direction. Free speech and free thought are now being attacked at an unprecedented rate. Consider:

We can now add this organization to the third-rail topics — along with homosexuality, contraception and abortion — which get one immediately fired for simply offering either facts or opinions.

But as Tucker says so eloquently, they don't really want to abolish police — at least not the ones pulling the strings. What they really want is to replace the police for ideological leftists. Then they can control them, and us.

What they have yet to control is the police and the courageous orange guy in the White House.

The Left in this country has slowly gained control of journalism, entertainment, education from pre-K through graduate school, government and even the Pentagon. What they have yet to control is the police and the courageous orange guy in the White House.

It's the great seduction of the serpent saying "You will be like gods ... ." If you're your own god you get to create reality and morality as you wish. Hence, alter the language, pipe into impressionable minds the alternative reality through the culture-molding establishments of media and academia and control the world.

Authority should not serve to convey truth and uphold justice, the progressive Left believes. Most of them don't even believe in objective truth or justice. Rather, it is to uphold the narrative created in order to control: the self (with unnatural means of contraception, abortion, sterilization, divorce, etc.); the society (to maintain a Culture of Death), and even God.

That's what's going on here. Now is the moment for God's people, with prudence and much courage, to allow His grace to conquer the darkness within ourselves and the world, before it's too late. 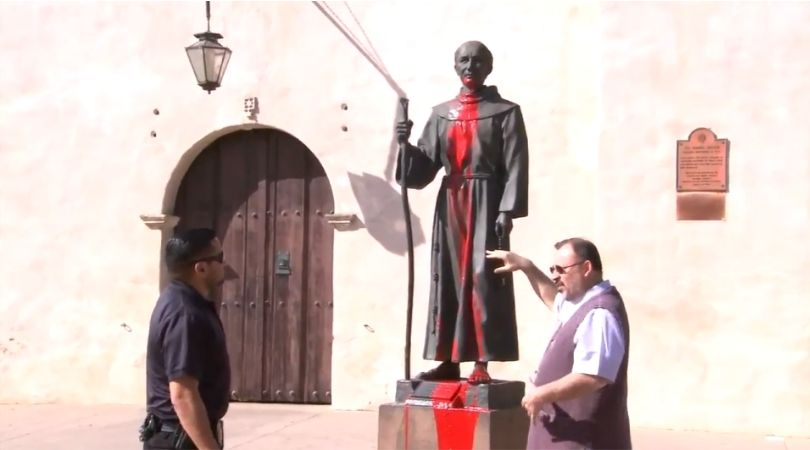