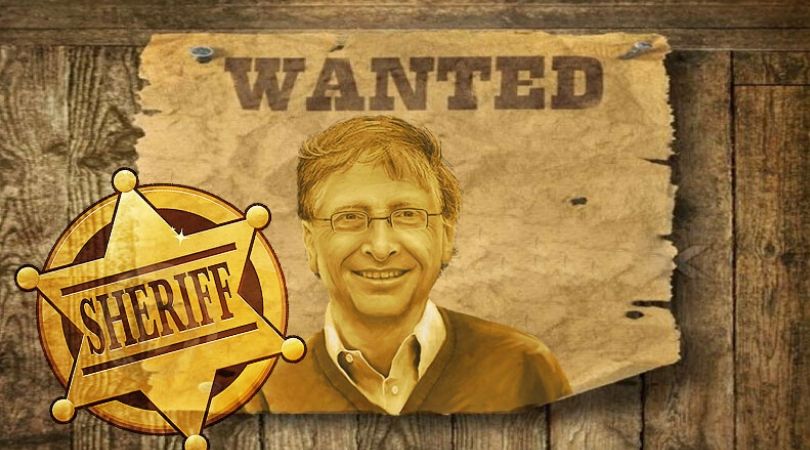 Accused of 'crimes against humanity'

ROME (ChurchMilitant.com) - An Italian politician has recently demanded the arrest of billionaire Bill Gates, accusing him of "crimes against humanity" in a speech delivered to the Italian parliament.

In an impassioned seven-minute speech, Member of Parliament (MP) for Rome Sara Cunial attacked the Italian government's heavy-handed and destructive response to the Wuhan crisis that was, she maintained, carried out under the influence of Gates, whom she denounced as a "vaccine criminal."

"We have understood people, for sure, don't die for the virus alone. So people will be allowed to die and suffer, thanks to you and your laws, for misery and poverty," Cunial said.

The MP pointed particularly to the suffering of the children "who will lose more" as a result of oppressive lockdown measures and forced vaccinations. She called them "raped souls" for whom "the right to school will be granted only with a bracelet ... to get them used to slavery." She said they exchange their freedom "for a push-scooter and a tablet."

Cunial also denounced Italian government's deference to the World Health Organization (WHO), "whose main financier is the well-known 'philanthropist and savior of the world' Bill Gates."

The MP's coup de grâce was, however, the demand for Gates' arrest that she directed to Prime Minister Giuseppe Conte: "Next time you receive a phone call from the 'philanthropist' Bill Gates, forward it directly to the International Criminal Court for crimes against humanity."

Next time you receive a phone call from the 'philanthropist' Bill Gates, forward it directly to the International Criminal Court for crimes against humanity.

Cunial has been an outspoken critic of vaccinations, calling them "free genocide" on a Facebook post, which resulted in her being suspended by her party (although she was later readmitted).

The MP's ire was piqued by recent news that Bill Gates offered a $10 million bribe to the Nigerian House of Representatives for a forced vaccination program for the Wuhan virus. Nigerian opposition political parties rejected the "foreign-sponsored bill" that mandated the compulsory vaccination of all Nigerians and demanded the speaker be impeached if he forced the bill on members.

The United States is not without prominent critics of Gates and his immunization agenda. Robert F. Kennedy Jr., chairman of the Children's Health Defense and nephew of President John F. Kennedy, recently lambasted Gates, referring to the billionaire's "obsession with vaccines."

"Vaccines, for Bill Gates, are a strategic philanthropy that feeds his many vaccine-related businesses (including Microsoft's ambition to control a global vaccination ID enterprise) and give him dictatorial control of global health policy," Kennedy said in an article posted on the Children's Health Defense website in April.

He cited Gates' meddling with the well-being of young people in particular. Promising hundreds of millions of dollars to eradicate polio, he "took control of India's National Technical Advisory Group on Immunization (NTAGI), which mandated up to 50 doses ... of polio vaccines through overlapping immunization programs to children before the age of five."

The meddling resulted in an epidemic that paralyzed hundreds of thousands of children between 2000 and 2017.

According to Kennedy, "The most frightening [polio] epidemics in Congo, Afghanistan, and the Philippines are all linked to vaccines. In fact, by 2018, 70% of global polio cases were vaccine strain."

Moral travesty was piled on physical misery as Gates-funded researchers, according to Kennedy, pressured the vulnerable village girls into the experiments by bullying parents, forging consent forms and refusing medical care to the injured girls, according to the Indian government.

Kennedy also pointed to Gates' interference in Africa, including the forcible vaccination of thousands of African children against meningitis, which resulted in approximately 50 of the 500 vaccinated children developing paralysis.

"We are guinea pigs for the drug makers," South African newspapers complained.

Suspicions have also swirled around Gates involving an ominous meeting called Event 201 that took place in New York City in October 2019, just weeks before the Wuhan virus rocked the world.

The Johns Hopkins Center for Health Security (CHS) in partnership with the World Economic Forum and the Bill and Melinda Gates Foundation hosted "a high-level pandemic exercise" intending to illustrate "areas where public/private partnerships will be necessary during the response to a severe pandemic in order to diminish large-scale economic and societal consequences."

To counter suspicions among those who noted eerie coincidences between the substance of the Event 201 meeting and the pandemic that occurred only weeks afterward, the CHS issued a statement which said: "To be clear, the Center for Health Security and partners did not make a prediction during our tabletop exercise."

Numerous sources have also reported on another suspicious pre-pandemic warning made by Dr. Anthony Fauci, now part of the White House Coronavirus Task Force, just days before President Trump was inaugurated in 2017. Fauci predicted a "surprise outbreak" would occur during the Trump administration," saying, "There is no question that there will be a challenge to the coming administration in the arena of infectious diseases," in a speech titled "Pandemic Preparedness in the Next Administration" at Georgetown University Medical Center.

Church Militant has reported extensively on the moral dangers associated with vaccinations, particularly on the use of aborted babies to create them.

One article titled "I Will Not Kill Children to Live" reported on the pastoral letter Bp. Joseph Strickland of Tyler, Texas issued in April urging the faithful to resist vaccinations made from aborted fetal cell lines.

Gates and his wife Melinda lead the Bill & Melinda Gates Foundation, and according to its website, is "[g]uided by the belief that every life has equal value" and "works to help all people lead healthy, productive lives." The website speaks of the foundation's work to "ensure more children and young people survive and thrive," a phrase echoing throughout leftist media chambers of late.

Cunial's speech was met with wide applause and ended on a determined note urging fellow Italians to resist unnecessary lockdown measures and refuse to surrender to compulsory COVID-19 vaccinations orchestrated by Gates and his associates: "We, the people, will build the fires of resistance to such an extent it will not be possible to repress all of us." 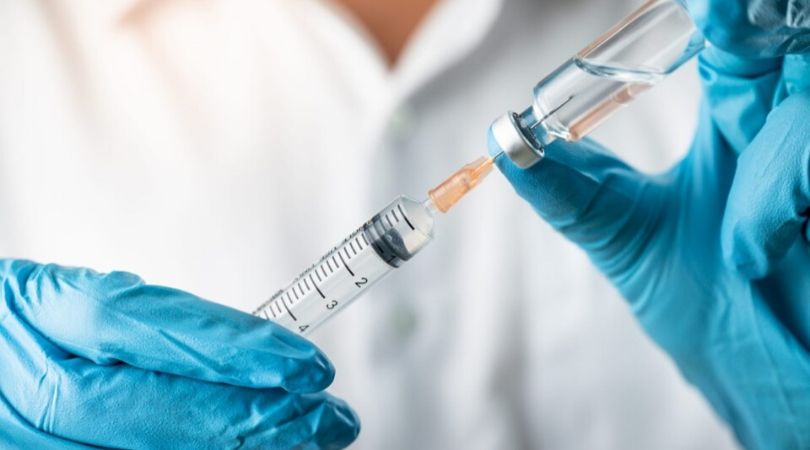