DETROIT (ChurchMilitant.com) - George Soros, the progressive-liberal billionaire who funds abortion and LGBT activism, has been funding the successful campaigns of local-level politicians.

On November 7, Democrat candidates swept many state and county level elections with some getting campaign cash from Soros and his organization the Open Society Foundations (OSF).

President Donald Trump's election victory in 2016 has been seen as an upset of Establishment politics in Washington and while he's attempting to reform the judicial branch by addressing over 100 vacancies in the federal court, Soros and others have been pushing for big changes in local and state elections.

In Pennsylvania, progressive Democrat Larry Krasner clinched the election for district attorney over Republican favorite Beth Grossman, despite the fact that Krasner even described himself as "completely unelectable," having represented progressive groups Black Lives Matter and Occupy Philadelphia.

It was reported that Soros gave nearly $1.7 million to a political action committee (PAC) that had been run by a Washington law firm that fronted other Soros-funded PAC's that shut down immediately after the candidate's election.

Soros has used his extensive wealth to fund progressive ideas throughout the world, especially in majority Catholic countries where abortion is illegal. Through the OSF, he has been funding the push to repeal Ireland's 8th Constitutional Amendment which declares an unborn child a human being with the same dignity and rights as the mother.

We see this with abortion, euthanasia, same-sex marriage and the forced politicization of gender theory. The Soros mercenaries do not cite the Holy Father's thoughts on this. We see the great European attacks against families, in which Soros and his comrades want to destroy the independence and values of nation states for the purpose of watering down the Christian spirit of Europe with the forced settlement of tens of millions of migrants. But the fight against Satan is a Christian duty. Yes, I speak of an attack by Satan, who is also the angel of denial, because they are denying what they are preparing to do — even when it is completely obvious. They frantically try to prove that there is no quota, there is no compulsory settlement and the Soros Plan does not exist.

Despite the fact the Democratic National Convention (DNC) is in free-fall after DNC insider Donna Brazile revealed the Hillary Clinton campaign manipulated the party's primary to take fellow Democrat Bernie Sanders out of the running, people are still voting for Democrats at the local level.

Not all news out of Pennsylvania is bad, however. Republican incumbent Sallie Mundy held on to a seat at the state's supreme court. 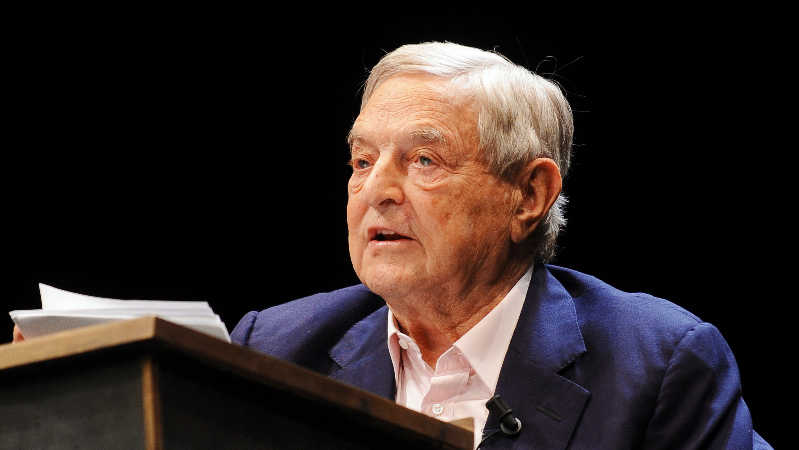