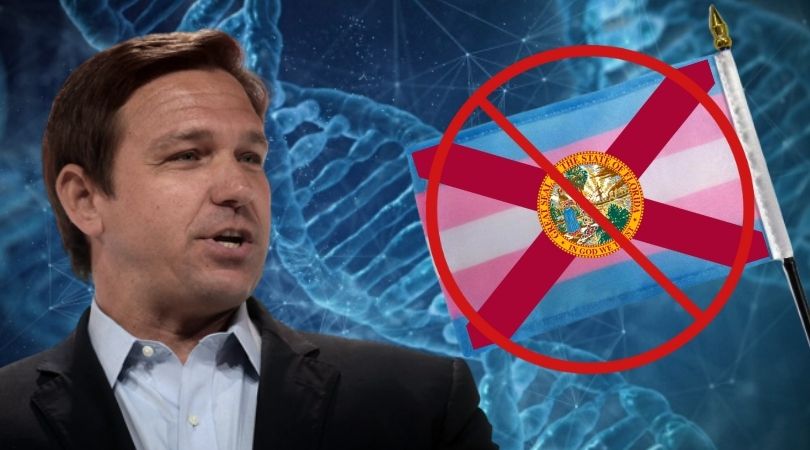 TALLAHASSEE, Fla. (ChurchMilitant.com) - The Florida governor's office is asking the state's medical board to end all transition-related health care for minors.

Ron DeSantis sent the request last Thursday, shortly after his state health agency published a 46-page report that pushed for a complete ban on Medicaid coverage for hormone therapies or surgeries sought by "transgender" people of any age.

The report stressed the impact that social media has on gender-conflicted minors: "Adolescents who had no history of displaying typical gender dysphoria characteristics go through a sudden change in identity following intense exposure to peers and/or media that heavily promotes transsexual lifestyles."

The Florida Health Department's advisory report is at odds with guidance issued by President Joe Biden's Department of Health and Human Services.

The combination of the governor's office request along with the health department's report is significant. This gives DeSantis the ability to act swiftly, without the need to seek approval from state legislators.

If Florida decides to ban so-called gender-affirming care for individuals who identify as transgender, it would join states like Texas, Tennessee, Nebraska, Kentucky, Missouri, Arkansas, Arizona and Georgia, which have similar healthcare policies.

Pro-LGBT advocates and politicians have slammed DeSantis over his latest efforts to thwart the transgender agenda.

In a statement, the National Center for Transgender Equality called the health department's work "deeply biased and anti-science," as well as "incredibly irresponsible."

He's trying to take the freedom of trans ADULTS to access health care and of parents to care for their kids.

There's no consistent or conservative ideology here. Just cruelty and a willingness to use vulnerable people to advance his presidential dreams.https://t.co/TvPCF3N1NW

The Florida governor has defended his track record of fighting back against LGBT initiatives.

In May, Desantis ripped into the NCAA for allowing biological males to compete against females in the women's swimming championship: "By allowing men to compete in women's sports, the NCAA is destroying opportunities for women, making a mockery of its championships, and perpetuating a fraud."

In an official proclamation, DeSantis declared Florida resident Emma Weyant, the second-place participant, "the rightful winner" of the tournament, after she was bested by biological male Lia Thomas.

The Florida governor has defended his track record of fighting back against LGBT initiatives.

Last year, the governor signed a bill that effectively banned student athletes from participating with sports teams not consistent with their biological genders.

DeSantis sparked further controversy with the "Parental Rights in Education" law, which passed in late May. The legislation bans teachers from discussing sexual orientation or gender identity in kindergarten through third-grade classrooms.