DETROIT (ChurchMilitant.com) - In the face of overwhelming evidence, an official for the archdiocese of Detroit is denying homosexual clergy are central to the epidemic of clerical sex abuse.

Jane, a caller from Toledo, Ohio, was the first to ask Bugarin a question.

"One of my concerns is — I'm an active Catholic here in the Toledo diocese — and I'm concerned that we keep going back to this Protecting God's Children and Virtus program," she said, "but as I look at it, it's not the laity that are having the problem[s], we need to look at the priests and bishops. What is in place for that?"

She continued, "Some of the bishops have stated that there's a network of homosexual priests and bishops and they've stated that we really need to work on that issue. Are you guys acknowledging that in Detroit?"

Bugarin dodged her question, retorting that priests, deacons and seminarians "have to go through [the Virtus] program and it's an educational program."

He went on to note, "I have seen how that program has helped our laity."

Marie Osborn addressed Jane's second question: "This is not a homosexual problem, this is another type of problem, Monsignor."

Bugarin said, "Right," paraphrasing LGBT-friendly author Elizabeth Scalia, saying, "This isn't a gay problem, a straight problem; this isn't a left problem, a right problem. This is about not living the Gospel and I think that's where we have to keep our hearts."

How can you claim that there's not a homosexual clerical problem in the Church when the John Jay Report released earlier notes that over 80 percent of abuse cases were homosexual?

Osborn blamed the abuse cases on immaturity, complaining that many years ago, "young boys were immediately put into seminaries ... a lot of them were sixth graders never having a chance to develop their own sexuality or their own view of themselves within the world," which in her opinion contributed to the problem.

In 2004, when the sex abuse crisis first exploded onto the national scene, former Cdl. Theodore McCarrick avoided the question of homosexuality in the clergy by blaming the crisis on "psychological immaturity." McCarrick has since been exposed as a serial homosexual predator, and his 2004 explanation for the crisis is now seen as his way of deflecting focus from people like himself.

Church Militant called in to the radio show to ask our own question: "How can you claim that there's not a homosexual clerical problem in the Church when the John Jay Report released earlier notes that over 80 percent of abuse cases were homosexual and so were 75 percent of cases in the Pennsylvania grand jury report were homosexual?"

A follow-up question was added: "What is the archdiocese of Detroit doing to stop homosexual abuse by priests on seminarians and other adults?"

Bugarin ignored the second question, responding, "So the homosexual crisis, like I'd indicated earlier — yes, you are correct the John Jay study says about 80 percent are male victims, they're not the only victims. There are female victims."

Osborn interjected, "Many, many victims are female victims."

He did not answer the follow-up question asking what the Detroit archdiocese is doing to ensure homosexuals were being screened from the seminary.

Bugarin first took to the microphone to announce that priests could ask questions about any topic — except homosexuality.

Inside sources confirmed with Church Militant that last year, during a priests' meeting with Abp. Allen Vigneron to discuss the abuse crisis, Bugarin first took to the microphone to announce that priests could ask questions about any topic — except homosexuality.

Bugarin's position contrasts sharply with those of Bp. Robert Morlino of Madison, Wisconsin, who said in a strong public statement on Aug. 18, "We are talking about deviant sexual — almost exclusively homosexual — acts by clerics."

"It is time to admit that there is a homosexual subculture within the hierarchy of the Catholic Church that is wreaking great devastation in the vineyard of the Lord," Morlino insisted.

Bishop Robert Baker of the diocese of Birmingham, Alabama is another American bishop declaring the clerical sexual abuse crisis is owing to "predominately homosexual behavior and abuse." 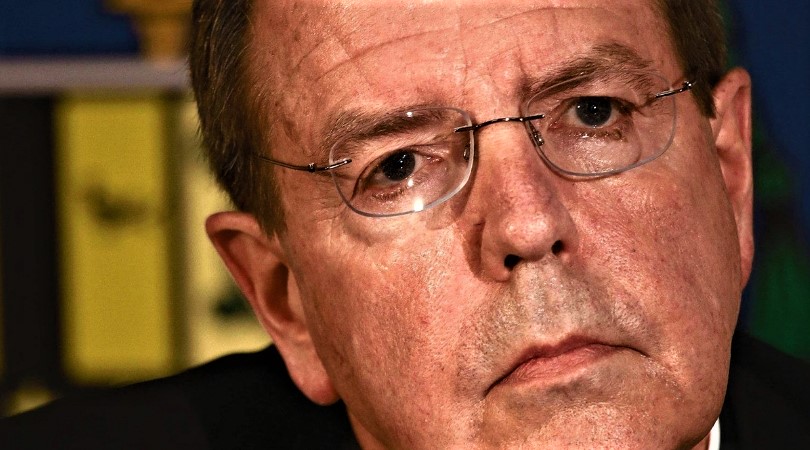