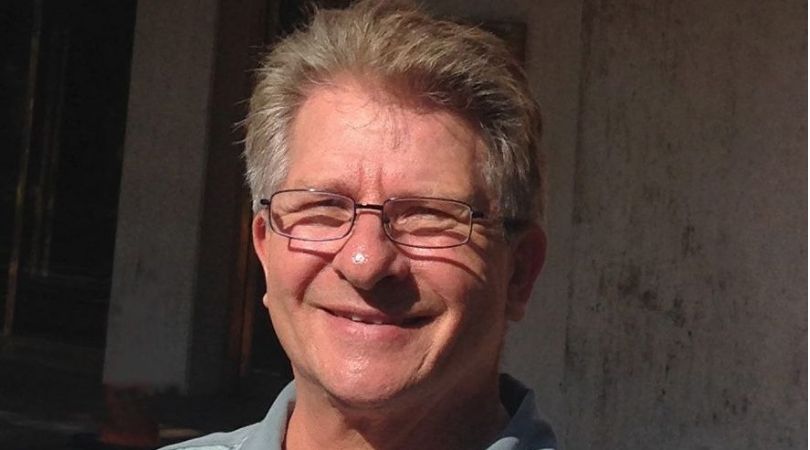 This article is an effort to fill in some of the background of the news that one of the archdiocese of Detroit's (AOD) most well-known priests, Fr. Lawrence Ventline, is among the priests named in the May 24 press conference by Michigan's attorney general, Dana Nessel, who announced five Michigan priests have been arrested on sex abuse charges.

Ventline has not been arrested, but Nessel said he is accused of sexual assault of an adult and "is facing an administrative complaint and his license as a professional educationally limited counselor has been summarily suspended by the Michigan Department of Licensing and Regulatory Affairs (LARA)."

The complaint against Fr. Ventline includes the allegation that Fr. Ventline raped an 11-year-old boy on at least three occasions in 1989–1990.

The complaint states that Ventline called the student to the church's sacristy under the guise of needing to assist him with cleaning and moving things. Instead, on each occasion, Fr. Ventline reportedly assaulted the child.

The AG report also cites seven counts of allegations that Ventline was mentally unstable and was deceptive in his descriptions of his license, including calling himself "Dr. Ventline."

Oakland County police were made aware of the complaint in 2016, and after two years of investigation closed the case, as they were unable to substantiate the claim. They also made clear neither could they disprove the claim.

The prospect that Ventline's priestly career may be finally over is good news for those familiar with Ventline's bizarre history as both a homosexual prostitute and political provocateur. He was a co-founder and executive director of the Michigan Human Rights Coalition, a group designed to oppose the conservative group Moral Majority.

He wrote a column for The Detroit News for a full decade and has written for many of Detroit's secular publications. He's a sharp guy and has a peculiar way of bouncing back from adversity, kind of a cat with nine lives.

Ventline responded on one of his several Facebook pages, and as of Tuesday evening had not responded to a request for an interview from Church Militant to discuss his massage business or the AG accusations.

Church Militant's coverage of Nessel's press conference contains details not mentioned in the secular press' coverage, notably that Ventline has admitted going to a gay bar in Windsor, Ontario and seeing interesting stuff there of interest to Catholics:

Ventline signed an affidavit in 2015 during the investigation of Abp. John Nienstedt, claiming he saw the former head of the St. Paul-Minneapolis archdiocese in a gay bar in Windsor, Ontario.

"I recall seeing John — and there is no doubt in my mind that it was him based on my prior interactions with him — at the Happy Tap," Ventline wrote. "He appeared to wave me off as I was coming — and I backed off because I did not want impose on him."

As has been widely reported by Church Militant and numerous other publications, the archdiocese of Detroit has been "ground zero" for the homosexualization of the priesthood going back to Cdl. John Dearden's tenure from 1959–1980.

The evidence is overwhelming that Dearden's designs for a gay Detroit priesthood in many regards are still intact, and whatever good Abp. Allen Vigneron does today to the contrary, the homosexually minded clergy and prelates still rule the day. Read about it here, here, here, here and here.

A look at just some of the history of Fr. Ventline's career illustrates how Detroit's chancery leadership nearly always seems to cooperate with homosexual priests and their advocates, while it smashes the careers of faithful priests.

Consider, for example, Ventline's career as a gay prostitute. "Prostitute" may be a harsh term applied to a priest, but it is used frequently when police raid and sometimes arrest females who work at massage parlors, where they accept payment for servicing their clients in the nude. Mutually nude massage: that's what Fr. Ventline agreed to with a reporter for The Wanderer in November 2001.

The text of the full article about Ventline's business is here is and should be read by anyone inclined to trust bishops in the AOD. Below this link are excerpts from the article, titled "Well‐known Detroit priest advertises he does 'therapeutic massage' in gay publication."

Here are the key details:

Fr. Larry Ventline, 52, a prolific writer and newspaper columnist for secular and religious publications, is one of the most well-known priests of the Archdiocese of Detroit. He served as associate spiritual director at Sacred Heart School of Theology from 1991–1995, before returning to the archdiocese, where he now runs a counseling service that he advertises heavily. He has advertised more discreetly, in a slick homosexual magazine, that he performs "therapeutic massage" for pay in his private apartment. He lives in a $200,000 condominium in the northern Detroit suburb of Sterling Heights.

At the same time Fr. Ventline was advertising his massage business (he charges $65 an hour and told an inquirer he will do the massage in the nude if requested) he was listed as the speaker for the archdiocesan Theology on Tap series, which is specifically aimed at young adults.

The priest, 52, has had a high profile in the archdiocese for two decades. He headed up a radical political group, Michigan Coalition for Human Rights in 1981–82, and for 10 years wrote a column for the religion page of the Detroit News and his columns have been published in The Michigan Catholic on occasion all along. He has written several books and has had advertisements for his book signings published in The Michigan Catholic. ...

While he heavily promotes his role as a priest in secular publications, the advertising in gay publications for his massage and counseling business do not mention he is a priest. The advertisements, however, list the same email address used in secular publications. An email response to his advertisement offering massages for pay in the raunchy but slick, gay magazine Cruise resulted in Fr. Ventline responding by listing his phone number and advising the inquirer to call to schedule an appointment for a massage. ...

According to sources who routinely complain to Cardinal Maida about the flagrant public dissent of many of his priests on issues relating to sexuality — particularly their involvement with homosexual organizations — the cardinal and his staff are well aware of Fr. Ventline (sic) activities.

Fr. Ventline is widely perceived as a radically (sic) liberal. His stance on homosexuality is well known, as he wrote letters that were published in area newspapers this year urging voters to support gay‐rights laws that were being vote (sic) on in Royal Oak, a northern Detroit suburb.

About two weeks after The Wanderer article appeared, Detroit Auxiliary Bishop Kevin Britt, who was ordained six years ahead of Ventline, responded to a complaint from a mother of two in the archdiocese who inquired of Cdl. Adam Maida if the details about Ventline's business were true.

Bishop Britt's brief several-sentence reply denied no details in the article and said he has spoken with Fr. Ventline who assured him he was living in "accord with his vow of chastity."

The AG report also cites seven counts of allegations that Ventline was mentally unstable and was deceptive in his descriptions of his license, including calling himself 'Dr. Ventline.'

The materials were also sent to Cardinal Joseph Ratzinger and to all of the Detroit bishops at the time: Bishop Allen Vigneron, Bishop Kevin Britt, Bishop Leonard Blair, Bishop Moses Anderson and Cardinal Adam Maida.

One might think Fr. Ventline's career as a priest might have ended in 2001 with the revelations of his massage business, but not in the archdiocese of Detroit, where homosexuals prosper.

Father Ventline went on to become a spokesman for Archbishop Allen Vigneron on interfaith matters (until a complaint was lodged with the Vatican in 2012), remained a rather prolific writer for local media and a kind of darling of the secular press, which ran an extensive photo gallery of his 40th anniversary Mass, two years ago, in June 2016.

Given Fr. Ventline's background, it would seem no coincidence that Ned McGrath, communications officer for the AOD, would repeatedly downplay and ignore requests from media about Fr. Ventline's misdeeds going back to 2001 and never announced publicly that there were allegations about Ventline and that he was "restricted from ministry" in June 2016, until after Nessel's press conference.

The Detroit News published nothing about any supposed restriction the same month it ran the huge spread about Ventline’s 40th anniversary Mass.

Coming in part II: How Fr. Ventline prospered in Detroit.