Did Synod Leader Cdl. Hummes Invite a Pro-Infanticide Communist to the Vatican? 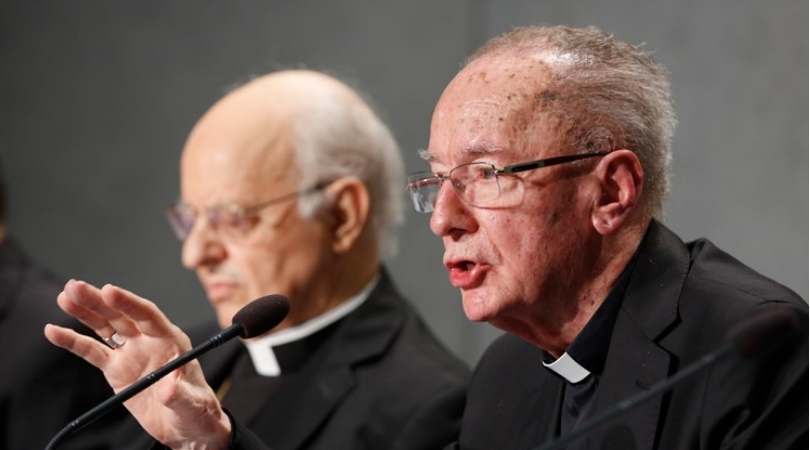 VATICAN (ChurchMilitant.com) - Evidence shows that Cdl. Claudio Hummes, leader of the Amazon Synod, along with other Catholic officials may have invited a communist group led by a pro-infanticide politician to the Vatican.

Communist deputies from opposition parties in Brazil's parliament, led by a pro-infanticide politician from the Communist Party of Brazil, have spent four days at the Vatican attempting to influence synod proceedings at a little-known meeting.

Deputy Helder Salomão, from the Brazilian Workers Party, stated that the group "came to Rome at the invitation of the Pan-Amazonian Ecclesial Network (REPAM) to participate in the Synod and present the report document 'Human Rights in the Legal Amazon'" (the part of the Amazon legally recognized by Brazil).

Cardinal Claudio Hummes, leader of the Amazon Synod and longtime ally of Pope Francis (the pontiff once called him his "great friend"), is president of REPAM, which describes itself as a "Catholic Church network that promotes the rights and dignity of people living in the Amazon."

In Rome, REPAM denied that it had invited the deputies. Brazilian media said that the trip to the Vatican was authorized by the president of the Chamber of Deputies Rodrigo Maia.

What proves the invitation is the endorsement of bishops who were present at the event in Rome.

REPAM said they did not invite anyone. But the deputies are saying they want to thank REPAM and Dom Claudio Hummes for inviting us and now we’re bringing this document to present it at the synod. So the big question is who is lying? Is REPAM now denying they invited the politicians or are the deputies lying? What proves the invitation is the endorsement of bishops who were present at the event in Rome.

On Monday, a day after the canonization of Brazilian saint Sr. Irma Dulce, the federal deputies of the opposition parties met at a fringe event of the Amazon Synod at Casa Comum and used the meeting to attack Brazil's President Jair Bolsonaro's conservative government.

Jandira Feghali, House of Representatives minority leader of the Communist Party of Brazil, delivered the "human rights" document to the Vatican, saying that the synod is an important event to expose the "crimes" of the current Brazilian government.

"Today we have a policy extremely harmful to the environment and its preservation, a distorted political view on land use and the waters of our country," she said. "We also have a policy of exterminating indigenous peoples. The document delivered today will help in the international dissemination of these crimes and in the fight against this genocidal policy."

Sources tell Church Militant, however, that Feghali has no moral standing to talk about human rights, as she urged her party to vote against Muwaji's Law, the 2015 bill passed by Brazil's House of Representatives criminalizing infanticide as practiced among some Amazonian tribes.

The bill, seeking to prevent the death of indigenous children by traditional tribal practices, states that it is everyone's duty to denounce "harmful traditional practices" such as murder or mistreatment of children with disabilities.

The bill also holds indigenous bodies such as National Indian Foundation (FUNAI) liable if they do not act upon detecting risk situations. FUNAI is the Brazilian government body that establishes and carries out policies relating to indigenous peoples.

"We are not defending murder here, we are defending the lives of these children through cultural mediation," said Fegali. "As it stands here, we will put the whole tribe in jail, forcing everyone to report the risk of something happening."

Prominent parliamentarians at the fringe event included Camilo Capiberibe and Bira do Pindaré, representing the Socialist Party of Brazil, and Airton Faleiro and Nilto Tatto from the Brazilian Workers Party.

Brazil's bishops have come under fire for appearing to endorse infanticide on their related website, CIMI, which hosted a document from Rita Segato opposing Muwaji's Law out of "respect" for indigenous people's cultures.

The report was discovered by Swiss journalist Giuseppe Rusconi, who exposed the existence of the pro-infanticide document, which mysteriously disappeared from the website within 24 hours.

Meanwhile, the presence of 25 politicians at the canonization of Sr. Irma Dulce has stirred up controversy in Brazil.

The Deputy Attorney General at the Federal Court of Audit (TCU), Lucas Rocha Furtado, has asked the court of auditors to investigate the legality and transparency of government spending on travel by officials to the canonization ceremony.

The official entourage representing the Brazilian government is headed by Hamilton Mourão, and has the presidents of the Senate, Davi Alcolumbre, the House, Rodrigo Maia and Supreme Court judge, Dias Toffoli. There are two other groups made up of House of Representatives and Senate parliamentarians.

In his investigation, Furtado quotes a sentence attributed to Sr. Dulce: "You have to be sure you are doing the right thing."

Some of the officials have now said they will pay for the trip from their own pocket.