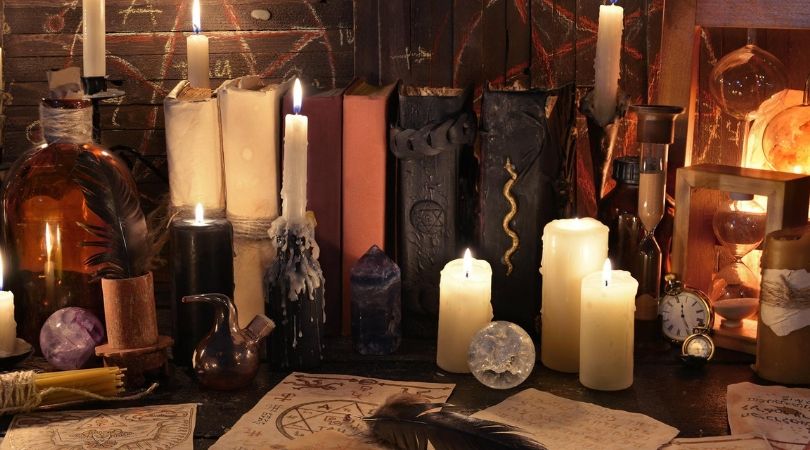 The Lepanto Institute has obtained a photograph of Catholic Relief Services' (CRS) director participating in a pagan/pantheist ritual.

Ruth Junkin, who is CRS's deputy regional director for program quality in Latin America and the Caribbean, is indicated in the image above by a red arrow.

In the foreground of the picture can be seen (on the left) what appears to be a black statue of Anubis (the Egyptian god of the underworld) and a statue of the Blessed Virgin Mary (on the right) set out on an ornate cloth adorned with candles and other unknown statues.

In the center of a photo is an expectant mother wearing a crystal pendant around her neck and a flower wreath in her hair, while the hands of her friends rest on her belly. On the floor surrounding the strange array of statues and candles are Yoga mats.

The ritual taking place is called a "Blessingway" or mother's blessing ceremony, and everything identified in the picture (the statues, candles, pendant, floral wreath, etc.) all play a part.

According to the Encyclopedia Britannica, the Blessingway finds its roots in the pantheistic tradition of the Navajos:

Blessingway, central ceremony of a complex system of Navajo healing ceremonies known as sings, or chants, that are designed to restore equilibrium to the cosmos. Anthropologists have grouped these ceremonies into six major divisions: the Blessingways, Holyways, Lifeways, Evilways, War Ceremonials and Gameways.

Parts of the general Blessingway, especially the songs, are included in most Navajo ceremonies.

According to the book The Goddess Celebrates, a collection of pagan and pantheistic rituals and ceremonies for women:

The entire Blessingway Ceremony is a template for childbirth. The beginning rituals are like nesting and early labor. The grooming and washing like active labor. The gift giving like giving birth and the closing songs/prayers, delivery of the placenta and postpartum. A shamanic midwife learns how to read a Blessingway diagnostically and mythically, sharing what she saw with the pregnant woman in order to clear the road better for birth.

While modern adaptations of the Blessingway ceremony don't have a written set of rites, most of them share certain things in common. For instance, most articles on the Blessingway mention "smudging," the wafting of burnt sage over the participants in the area where the ceremony is held as a means of "cleansing negative energies."

The Blessingway finds its roots in the pantheistic tradition of the Navajos.

Another element of the Blessingway is a "sacred altar" which is to represent the mother goddess archetype. Recommended adornments for this altar include statues symbolizing pregnancy, motherhood, protection, etc; candles to represent generational lineages from mother to daughter; poems, symbols, rocks or necklaces are also recommended.

The recommended "beading ceremony" encourages participating women to give a bead to the expectant mother, which would be strung on a necklace to be worn during labor. 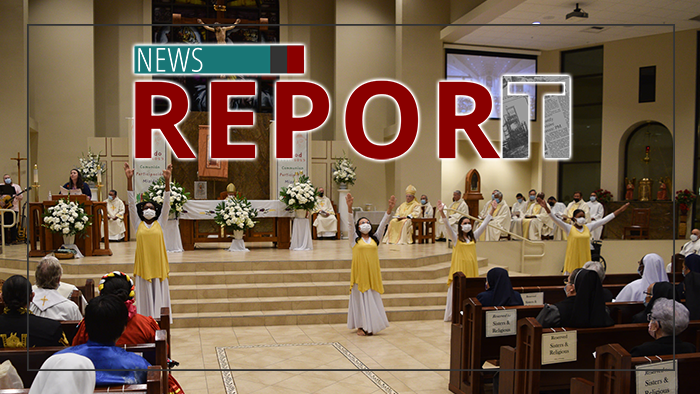