OAKLAND, Calif., October 9, 2015 (ChurchMilitant.com) - On Monday, the Catholic Voice, the official publication of the diocese of Oakland, California, published a homily telling Catholics not to condemn active homosexual relationships. 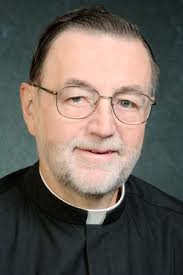 Retired pastor Fr. Dan Danielson asserts in his homily — originally said on June 28, the Sunday following the U.S. Supreme Court's revolutionary ruling legalizing gay "marriage" in all 50 states — that some people are born gay and that "no one simply chooses" to be gay, despite overwhelming sociological evidence to the contrary. He insists that being gay is not "sinful or wrong" or even "bad."

He goes on to attack those who "discriminate" against homosexuals, saying that their so-called hateful behavior reveals "insecurities" about their own sexual identity.

Father Danielson admits that although a heterosexual marriage is the "best environment," there are also "many homosexual couples who raise children with great love." He says no one can judge the "stable" and "admirable" qualities of homosexual relationships, and that these relationships are "not to be simply condemned as sinful."

He says that while the Church's teaching on marriage is "generally correct," it "does not work out" in "many instances." He concludes that we must accept gay persons "as God accepts us all — without judgment or superiority." 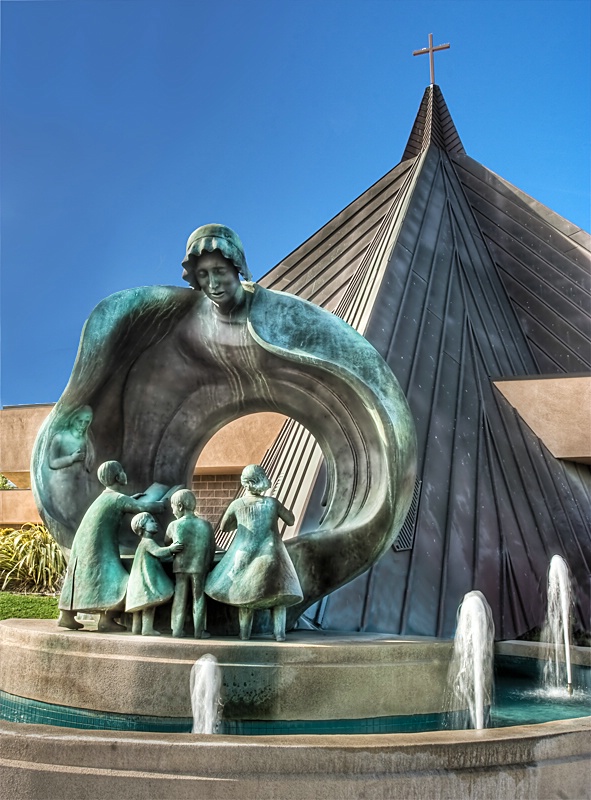 California Catholic Daily reported that in 1998, then Bishop John Cummins expressed displeasure with Fr. Danielson and told him to stop talking to the press after news got out that he was allowing gay "marriages" at his parish, St. Elizabeth Seton.

One lesbian wedding was attempted on May 9, 1998, but was canceled after a number of faithful Catholics publicly protested the event. At the time, Fr. Danielson bragged that he would simply continue blessing gay unions outside the church building.

This scandal was brought up again in 2009 by California Catholic Daily and Catholic News Agency (CNA) when it was announced that Fr. Danielson would become the new interim administrator for the Oakland diocese while Abp. Allen Vigneron was transferred from Oakland to Detroit. When CNA asked Mike Brown, the Oakland diocese director for communications, about this scandal, he denied that Fr. Danielson had performed any gay marriages, claiming he had merely tried to "pray over commitments of love." When CNA asked Brown whether the blessings of sinful unions was a public scandal, Brown punted. "That sounds like a theological question."

To this day, Fr. Danielson's old parish, St. Elizabeth Seton, does not refer to itself as a church but rather as "the Catholic Community of Pleasanton" per the wishes of Fr. Danielson, who once said in a homily, "This is not a church but a gathering space."

When the parish's new $5 million church building was completed, Fr. Danielson ordered that there be no statues, Stations of the Cross, kneelers, corpus on the crucifix, or tabernacle (the tabernacle was stored in a different building). He told his congregation, "There is no sanctuary because this is all holy ground now."

But that's not all. When Fr. Danielson retired from St. Elizabeth Seton in 2007, there was public outcry about the priest who was to be his replacement, Fr. Padraig Greene. Father Danielson defended Fr. Greene, despite the fact that he was arrested for lewd behavior at the public bathroom of a children’s park.

The Survivors Network of those Abused by Priests (SNAP) protested, arguing that Fr. Greene "shouldn't be placed in positions in which he's in charge of Catholic kids." At the time, the diocese of Oakland reportedly responded that then-Oakland Abp. Allen Vigneron considered the arrest "a single isolated incident." Father Danielson also defended Fr. Greene, saying that SNAP's view was "understandable, but it can lead to a misinterpretation of the facts."

Now the Oakland diocesan paper has published Fr. Danielson's pro-gay homily. This situation is similar to a recent one in the Boston archdiocese; last month Churchmilitant.com broke a story about Msgr. Paul Garrity, who wrote a pro-homosexualist piece for the archdiocese of Boston's official newspaper, The Pilot. Some of the faithful wrote an open letter to Cdl. Sean O'Malley, head of the archdiocese, to retract the scandalous article.

The timing of these two pro-gay publications has not been lost on the faithful, who are asking: Is it pure coincidence that these dioceses are publishing such articles just as the Synod on the Family gets underway?