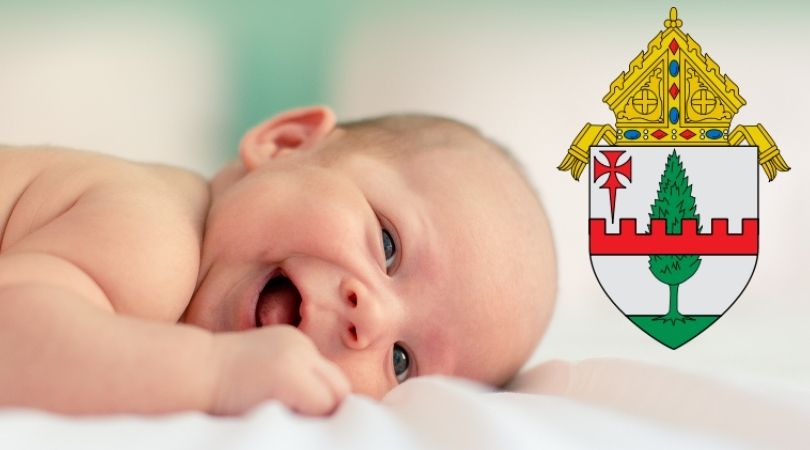 A Catholic friend of the court

BOISE, Idaho (ChurchMilitant.com) - A Catholic diocese is getting involved in a legal battle to protect the unborn.

The diocese of Biose, Idaho is asking the state's supreme court for permission to intervene in an abortion-related lawsuit. The diocese on Monday filed a friend-of-the-court request to support a new law banning almost all abortions.

The diocese, which covers the entire state, has "maintained a vested interest in the dignity and sanctity of all human life, including life of the unborn," wrote diocesan attorneys.

Pro-death activists quickly opposed the Idaho law. Planned Parenthood sued to block the pro-life legislation. The Idaho Supreme Court then halted SB1309 from taking effect while the lawsuit is ongoing.

The diocese of Boise is attempting to step in and support the baby-saving law.

Now, the diocese of Biose is attempting to step in and support the baby-saving law. The Church originally helped the bill become law, according to the diocese's bishop, Peter Christensen. Bishop Christensen noted his diocese "counseled and educated legislators regarding the same, and provided support during the legislative process to proponents of the bill ... ."

While Bp. Christensen is getting involved in his diocese's fight for unborn life, The United States Conference of Catholic Bishops (USCCB) cannot boast the same track record.

The U.S. bishops have never taken up a national collection to support the pro-life cause. Yet critics have exposed the USCCB for taking up national collections for Catholic Relief Services and Peter's Pence, two organizations that partner with pro-abortion and pro-homosexual groups. The USCCB also rakes in millions of dollars in collection money through its Catholic Campaign for Human Development, a program that works with groups like Workers Dignity. Workers Dignity promotes abortion and was even lauded as a community partner with Planned Parenthood in 2018.

The USCCB was initially led by the infamous Cdl. John Dearden, a leading liberal voice in the Church. The Conference now promotes the seamless garment theory proffered by Cdl. Joseph Bernardin, an accomplice to Cdl. Dearden. The theory insists that abortion is only one of many issues facing Catholics and therefore should not be prioritized.

The U.S. bishops also refuse to definitively ban pro-abortion political figures from receiving the Body and Blood of Our Lord.

Most recently, the USCCB has used the words of Pope Francis to promote abortion-tainted COVID jabs. The bishops of Colorado, along with other prelates across the nation, took a different route, offering religious exemption forms for Catholics who were being coerced into receiving the shots.

The U.S. bishops also refuse to definitively ban pro-abortion political figures from receiving the Body and Blood of Our Lord.

Periodically over the years, the USCCB has vocally opposed abortion. In 2020, the conference issued a friend-of-the-court brief with the U.S. Supreme Court, standing up for the lives of "precious children" and asking for prayers for the case.

If the diocese of Boise and Idahoan pro-lifers are successful, and SB1309 is once again enforced, countless lives will be saved from the merciless abortion industry.