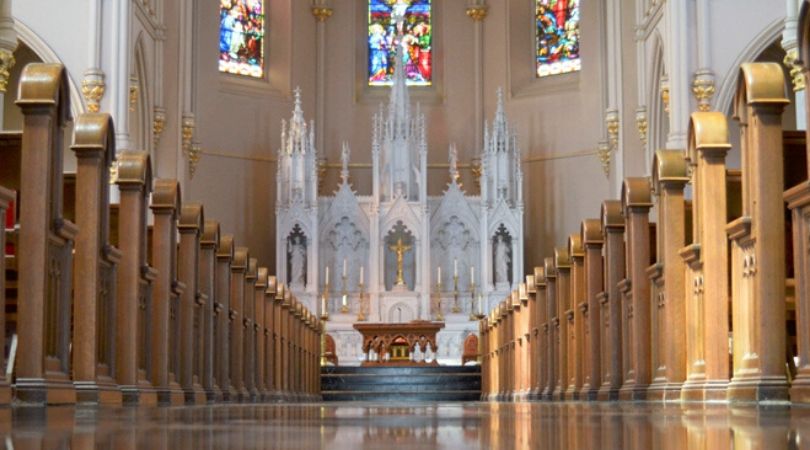 ERIE, Pa. (ChurchMilitant.com) - Victims of clergy sexual abuse will not be receiving their just compensation anytime soon, according to the diocese of Erie, Pennsylvania.

The Wuhan pandemic has gone beyond keeping parishioners out of the churches in the Catholic diocese of Erie. The diocese said the crisis has affected its finances to the point that the diocese has suspended payments from its special fund for victims of clergy sexual abuse.

On March 17, the Solemnity of St. Patrick, the 13-county diocese suspended public Masses due to the Wuhan virus. Now it has halted operation of the compensation fund to abuse victims for at least the next 90 days.

The reason given by the fund's administrators and the diocese is the sharp decline in the stock market due to the virus outbreak, claiming the downturn on Wall Street has brought significant reduction to the value of the diocese's investments. In a letter about the suspension of the fund, the administrators described the pandemic, the stock market drop and the negative effect on the diocese's finances as "unforeseen and unprecedented developments."

Neither the administrators of the fund nor the diocese have detailed the amount of the losses, but the losses have apparently put more pressure on the financial resources of the diocese. Even before the pandemic, diocese of Erie Bp. Lawrence Persico had acknowledged the poor financial situation in which the diocese had found itself.

After the diocese of Harrisburg filed for bankruptcy, the Erie diocese remained solvent, Persico said on Feb. 19. This was the case even though expenses relating to the clergy abuse scandal, including payments to the victims, had significantly strained the diocese's finances.

One year ago the diocese of Erie had created a fund specifically used for victim payments called the Independent Survivors' Reparation Program (IRSP). Since then the diocese has paid out approximately $6 million in claims to at least 50 victims, they said. However, 40 claims remain unresolved, and payments are on hold during this 90-day pause of the fund's operation, the diocese said.

This has caused the bank to reduce the diocese's line of credit, which has negatively impacted its ability to make payments.

The independent administrators of the fund based in Washington, D.C., Kenneth Feinberg and Camille Biros, informed the claimants' lawyers of the fund's suspension in a letter on Tuesday.

"The diocese has notified us that the ISRP is funded by a line of credit, which is secured by the diocese's historic investments. The unforeseeable and severe decline of the stock market caused by the COVID-19 pandemic has significantly devalued the diocese's historic investments," a letter released from Florida law firm Adam Horowitz stated. "This has caused the bank to reduce the diocese's line of credit, which has negatively impacted its ability to make payments as part of the ISRP at this time."

In a statement released on Tuesday, the diocese said "the move will affect the approximately 40 remaining claimants who have filed claims that have yet to be determined. All other claimants who have accepted settlements have already been paid; payments also will be made to those claimants whose payment is pending."

This is a hurtful and deceitful move that clearly shows that the best pathway for survivors to get justice is through the court system and not church-run programs.

The Survivors Network of those Abused by Priests (SNAP), a national organization for abuse victims, criticized the decision by the diocese of Erie. In a written statement, SNAP said: "This is a hurtful and deceitful move that clearly shows that the best pathway for survivors to get justice is through the court system and not church-run programs."

In December, when Bp. Persico most recently released figures on the Catholic diocese of Erie's fund, he said that his diocese had spent $12 million on abuse-related claims and costs, including $5.9 million in payouts from the compensation fund. The Erie diocese has not disclosed how much money it now has available for its fund. Persico also has said the diocese is covering the payouts and related expenses using budget surpluses and income from investments rather than giving at the parish level.

Unless the diocese of Erie is taken to court, it appears victims will have to wait for any token of just compensation that is coming to them.