SIOUX CITY, Iowa (ChurchMilitant.com) - The diocese of Sioux City is announcing restructuring plans, including the possible closing of a staggering 43 percent of its 108 parish churches.

The diocese may also close a number of parish "clusters," which will drop from 47 to 31. The recommendation comes with the "Ministry 2025" pastoral planning process, a proposal determined by the consulting firm TeamWorks and some of the diocese's parish priests.

It's been determined that by 2025, nine years from now, there will only be 31 priests in the diocese. There are currently 56, but many of them are around 70 years old and there aren't enough new priests in the seminary for the diocese to replace them.

As bishop, I have to be a good steward of our resources and one of the most important and valuable are our priests. … I need to take care of them. There is a real lack of available priests. My responsibility is to take care of those who still are in full-time ministry — to keep them healthy, give them time for growth, holiness and not let them run themselves ragged.

The churches, however, won't be completely closed and sold. The diocese will downgrade them to "oratory" status, meaning they will not have regularly scheduled Masses but will be available for weddings, funerals and prayer services run by laymen.

The number of Catholic schools, currently at 23, is expected to be unaffected by the present proposal.

At current trends, by 2020 there will be about 30,000 priests in the nation, and half of them will be over 70 years old. With an average of 480 priests ordained each year, it's not enough to replace the number of priests retiring.

According to ChurchMilitant.com's investigation, the next 45 years could see the loss of over 20,000 more priests.

To learn more about the decline of the Catholic Church in the United States, watch ChurchMilitant's "Dispatch—The Demolition of the Faith: The Last Priest in America." 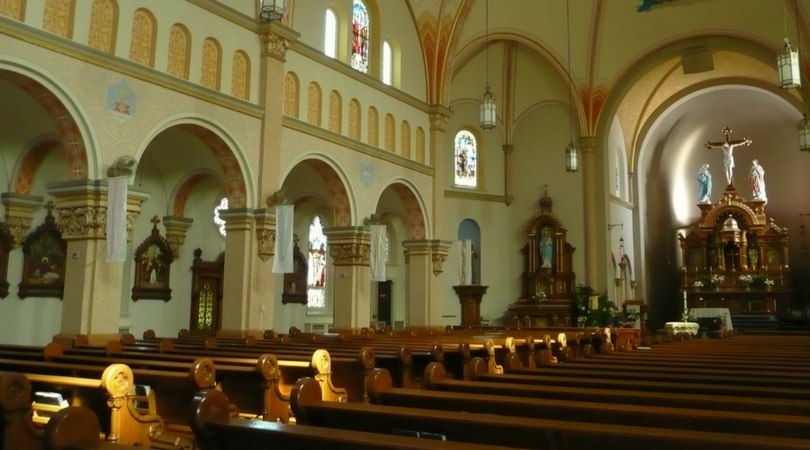