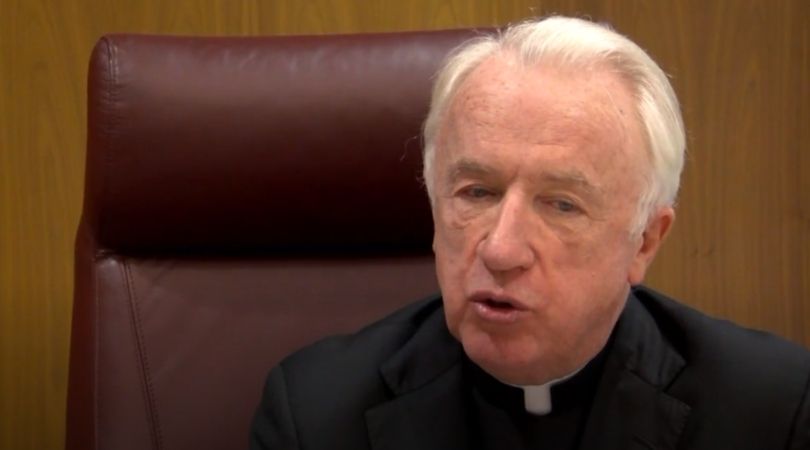 New bishop left to clean up the mess

WHEELING, W. Va. (ChurchMilitant.com) - A bishop the Vatican ordered to make amends for sexual abuse and financial malfeasance is nowhere to be found, and the Vatican appears unconcerned.

Local media reported on Monday that Bp. Michael Bransfield, the disgraced former bishop of Wheeling-Charleston, has not agreed to a proposed plan of amends, nor has he been in communication with any U.S. church official since February. His successor, Bp. Mark Brennan, explained to MetroNews his stalled plan for Bransfield that he had submitted to the Vatican six months ago.

"I've not heard back in many months now any response to the final report I sent in, and my last communications were in early February," Brennan said.

In late July, Brennan sent his diocese a letter updating the parishes on several matters including the status of Bransfield's amends.

"Regarding Bp. Bransfield," he wrote, "neither the apostolic nuncio to the United States (the pope's ambassador) nor I have heard anything in over five months from the Holy See in Rome on the plan of amends which I submitted for Bp. Bransfield."

I've not heard back in many months now any response to the final report I sent in, and my last communications were in early February.

Brennan did speculate the lag could be connected to recent shutdowns in Italy.

"The coronavirus pandemic struck Italy hard, so that may account for the delay," Brennan offered. "Please pray that this matter may soon be resolved."

Following an investigation that concluded last summer, it was revealed that Bransfield sexually harassed young priests under his authority and also misused millions of dollars on lavish vacations and gifts of cash to family and friends.

Brennan told MetroNews that Bransfield refused to come up with his own plan and did not admit to his actions. According to that reporting, "Bransfield said he did not know who he needed to apologize to."

Bransfield's abuses are bad enough, but people, including the victim mentioned above, also are infuriated that he continues to receive clergy benefits. The unratified amends plan would require Bransfield to pay $792,638 in restitution and would reduce his retirement from $6,000 a month to $736. It would further require him to return or purchase the car he's been using since his retirement.

Brennan is the man in the middle. The Vatican ordered the development of an amends plan and assigned Brennan to oversee the process but is now stonewalling the process. The newly appointed bishop is eager to put this chapter of diocesan history behind him.

Bransfield isn't the only disgraced, high-profile member of the clergy whose whereabouts are unknown. In December, serial sex predator and defrocked, former cardinal Theodore McCarrick left the Kansas friary where Church officials had arranged for him to live and has not been seen since. Pope Francis defrocked the cardinal in February 2019.