Says bishops have no authority to stop sacraments

"The Catholic Church has taught from time immemorial that lex iniusta non est lex, an unjust law is no law at all — and it should not be obeyed," writes canonist Catherine Caridi, creator of the popular blog Canon Law Made Easy.

Bishops' Conferences have "absolutely no authority" to make decrees canceling all public Masses, Dr. Caridi states. "The law is clear ... according to canon 455 it [such a decree] is invalid."

A conference of bishops can only issue general decrees in cases where either (a) universal law has prescribed it, or (b) a special mandate of the Apostolic See has established it (c. 455.1), Caridi clarifies, noting that "universal law definitely does not authorize conferences of bishops to cancel Mass throughout their territory."

"If priests are being told in your country that 'all public Masses must be canceled, by order of the bishops' conference,' this directive has no legal weight and should be disregarded," emphasizes the canonist, who has received hundreds of letters from concerned Catholics all over the world lamenting the bans.

Dr. Caridi cites a letter from Singapore asking if diocesan bishops have the authority to cancel or suspend Masses in light of the fact that under canon law "the faithful — who are not otherwise under some legal impediment or sanction — have a right to receive the sacraments (canon 213), including assisting at Mass and receiving the Holy Eucharist, and bearing in mind especially that Sunday is the 'primordial holy day of obligation'" (canon 1246 §1).

Slamming "the shockingly high number of announcements that all public Masses are canceled, and the faithful are not allowed to come to Mass or receive the sacraments," Caridi notes that "such declarations are utterly unprecedented!"

The Catholic Church has taught from time immemorial that lex iniusta non est lex, an unjust law is no law at all — and it should not be obeyed.

Even raising such a question is "surreal" and it feels like we are entering "some sort of Catholic alternative reality" that was never envisioned when Pope St. John Paul II was reviewing the draft Code of Canon Law before promulgating it in 1983, Caridi remarks.

Pope John Paul II "never, ever would have imagined in a million years that any diocesan bishop would dream of actually prohibiting Catholics from worshipping God in the way mandated by the Church," she continues. Wojtyła himself publicly celebrated Mass in the Polish city of Nowa Huta without a permit in an open field every single Christmas until the authorities finally granted permission for the construction of a church there, the canonist narrates.

"Wojtyła was keenly aware that he could be arrested — his colleague the Venerable Stefan Wyszyński, cardinal archbishop of Warsaw and Gniezno, had been imprisoned by the government for years — but this clearly did not deter him," Caridi, who holds a licentiate in Latin canon law and a doctorate in Eastern canon law, adds.

According to the canonist, while the Code of Canon Law promulgated by John Paul II doesn't say anything about bishops prohibiting people from Mass, it does give us plenty of information about what bishops are supposed to be doing.

For example, canon 387 tells us that since the bishop is the principal dispenser of the mysteries of God, he is to strive constantly that Christ's faithful entrusted to his care may grow in grace through the celebration of the sacraments.

Stating that you don't need to receive the sacraments is heresy.

Caridi applauds the response of the Polish bishops to the coronavirus epidemic: "They have declared that since public gatherings have been limited by the Polish government to a certain number of people, the way to ensure that the people can get to Mass is ... to offer more of them."

Similarly, she writes, St. Charles Borromeo (1538–1584), who was archbishop of Milan during the plague of 1575–1576 arranged for outdoor Masses (erecting tents to care for thousands of sick), initiated eucharistic adoration, and led processions through the streets.

"It is a cruel irony," Caridi laments, "that St. Charles' successor, the current archbishop of Milan, was the very first Italian bishop to order all public Masses suspended — despite no urging from the government, and at a very early point in the crisis, while Milan's bars, restaurants, museums and shops were still open."

The canonist blasts substitute televised Masses: "The bishops are telling the faithful that they can only stay at home and watch from afar while the clergy celebrate Mass and receive the Eucharist — which is very much like forcing starving people to stand outside and watch through the window while you eat."

"The bishops seem to be entirely missing the irony that during the Protestant Reformation, the Catholic Church formally condemned as heretical the notion that the sacraments are not necessary for salvation (Session VII, Canon IV)," she elaborates. "In other words, stating that you don't need to receive the sacraments is heresy."

Author of Making Martyrs East and West: Canonization in the Catholic and Russian Orthodox Churches, Caridi lauds the heroism of Belgian Fr. Damien (1840–1889) who volunteered to minister to the leper colony on the Hawaiian island of Moloka'i in 1873 — when there was no known cure for the highly contagious disease — knowing that prolonged contact with the lepers was a death sentence.

Damien's religious superiors and the bishop in charge of the islands frequently tried to stop him, but he ignored them. "You could say that obedience wasn't exactly a hallmark of Damien's ministry," remarks Caridi.

"If a priest's superior orders him not to help the faithful who are depending on him for their spiritual needs, that priest need only look to St. Damien for guidance on what to do," she adds. "And if the civil government forbids a priest from ministering to the people under threat of arrest, the answer is the same ... faith should triumph over fear." 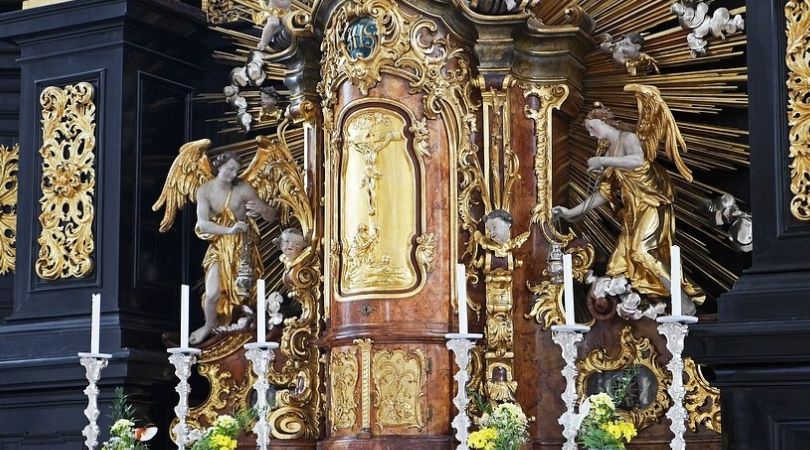 Make Your Heart a Tabernacle for God
By Church Militant   •   0 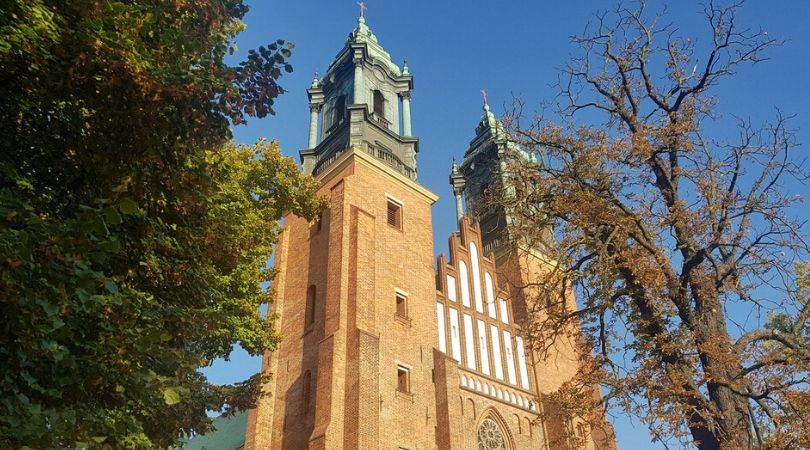