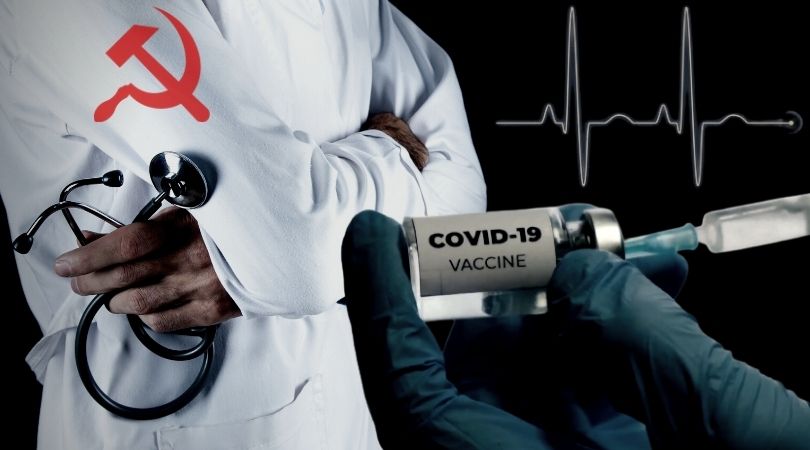 The Marxist infiltration of medicine

In the Great Reset that's changing the moral and political fabric of the United States, slogans are replacing facts and emotions are subverting rational discussions.

Now, patriotic Americans who reject the Marxist takeover of society are told to "follow the science." But the problem is the so-called science is not based on truth.

In the mid-1900s, Marxist thinkers conspired to subvert all of America's institutions — from education to the Catholic Church to the government.

Even the field of medicine, which is supposed to be objective and fact-driven, has also been infiltrated. In May, the American Medical Association (AMA) released its "strategic plan to embed racial justice and advance health equity," which states:

We acknowledge that we are all living off the taken ancestral lands of Indigenous peoples for thousands of years. We acknowledge the extraction of brilliance, energy and life for labor forced upon people of African descent for more than 400 years. We celebrate the resilience and strength that all Indigenous people and descendants of Africa have shown in this country and worldwide. We carry our ancestors in us, and we are continually called to be better as we lead this work.

It begs the question, how does this so-called acknowledgment increase the quality of medical care? It doesn't. The plan attempts to destroy alleged racism in the field of medicine by prescribing a healthy dose of racism.

The document demands the "just representation of Black, Indigenous and Latinx people in medical school admissions as well as medical school and hospital leadership ranks."

Many doctors have abandoned the Divine Physician — God — embracing instead what little power they can garner in a world that's passing away.

For years, doctors have been suggesting abortion to mothers when their babies get irregular test results. They also euthanize the sick in harvesting body parts and kill the elderly by withholding hydration and nourishment through so-called comfort measures.

These betrayals of both patients and science are the grossest violations of the ancient doctor's code, known as the Hippocratic Oath. Part of it reads, "I will neither give a deadly drug to anybody who asked for it, nor will I make a suggestion to this effect. Similarly, I will not give to a woman an abortive remedy. In purity and holiness, I will guard my life and my art."

It shows that many doctors have abandoned the Divine Physician — God — embracing instead what little power they can garner in a world that's passing away.