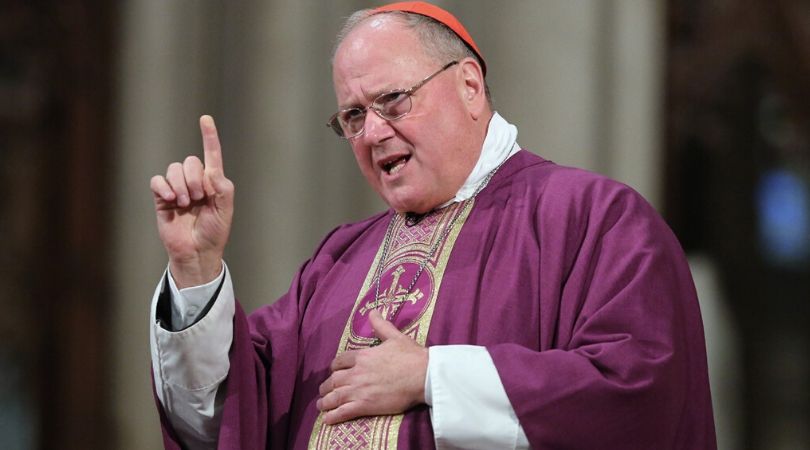 With a flawless record of achievement and service, Anthony Gorgia was a model seminarian at Cathedral Seminary House of Formation in Douglaston, New York and later at the NAC in Rome. Seminary faculty and his peers had even chosen Gorgia to represent the NAC to the Pontifical Gregorian University.

But that changed after he witnessed the NAC's vice rector inappropriately touching a seminarian.

On a Sunday when the seminarians were not required to be in the building, Gorgia was seated in the refectory for a meal when he witnessed Fr. Adam Park, vice rector of the NAC, approach a seminarian sitting at the head of the same table.

Park stood behind the seminarian and performed what Gorgia describes as "back massage" type motions, which he thought utterly inappropriate. Park noticed Gorgia's look of surprise, causing Gorgia to wonder if there would be repercussions.

VIRTUS, a program of the National Catholic Risk Retention Group that most dioceses and/or seminaries require seminarians to take, lists "any type of massage given by or to Church personnel" as an example of "inappropriate physical interaction."

Such inappropriate physical interaction is often a development in the grooming process, which can begin with pats on the back and "then gradually escalate to wrestling, tickling, or back massages and the eventual sexual contact," according to a 2017 study on the stages of grooming.

Gorgia later learned Park was the seminarian's formation advisor and that this was not the vice rector's first infraction. In fact, the seminarian referred to Park's touching as hurtful "back slaps."

Other seminarians noticed Park had a preference for interacting with certain seminarians to the exclusion of others and referred to his behaviors as "strange."

Not long after witnessing the incident with Park, Gorgia obtained all the proper permissions to return to New York for necessary surgery. Cardinal Timothy Dolan had granted that permission in writing.

Dolan was highly supportive of Gorgia until after the incident at the NAC.

Gorgia had received the International Humanitarian and Peace Recognition Award in 2011, prompting a letter of accolade from Dolan.

After his first year at the NAC, Dolan wrote Gorgia in June 2018, saying, "Anthony, I am delighted to learn from your self-evaluation, the faculty evaluation and your goals that your first year at the College went well and that you are looking forward to your second year — as am I."

Again, in November 2018, Dolan wrote Gorgia, saying, "Congratulations on another strong academic performance! It is good to see that you are doing well in your studies as you prepare yourself for the priesthood. I look forward to speaking with you when you have recovered from surgery."

Then, on Dec. 13, 2018, Gorgia received a letter from Dolan in which the prelate's tone changed entirely.

Dolan wrote that NAC Rector Fr. Peter Harman objected to Gorgia's return to the seminary that year. Harman alleged Gorgia's lengthy absence related to recovery from surgery and cited a "failure to follow proper protocol," as well as "resistance to act upon concerns" regarding his progress in human formation.

Acting on Harman's allegations, Dolan forbade Gorgia to continue the academic year at NAC and ordered he spend eight months (January 2019–August 2019) in a parish placement assignment at St. Raymond's in the Bronx, where Dolan's former secretary, Fr. James Truz, was pastor.

Faculty members at St. Joseph's Seminary in Dunwoodie, New York would be apprised of Harman's allegations and evaluate Gorgia at the end of the assignment for possible readmission to NAC. If Gorgia would even be permitted to continue as a seminarian — Dolan italicized the word "if" — readmittance to the NAC would require a repeat of the entire second year.

Gorgia said he could not comply with these directives in good faith, since doing so would have meant agreement with Harman's allegations, all of which appear dubious based on thorough documentation shared with Church Militant. The "lengthy absence" was six weeks long, and Gorgia had been following all his courses from home as he had already arranged with his professors.

One letter from a psychologist who evaluated Gorgia stated, "The accusation that he [Gorgia] would behave in a disobedient manner is alien to Anthony's psychological makeup and his essential personality. ... Regarding human formation, he is exceptional. I believe that it is so important for our Church to continue to form such emotionally healthy young men."

Gorgia said he had no choice but to withdraw from seminary after begging to meet with Dolan five times to no avail:

I sincerely believe that, had I been granted a meeting with you, I could have respectfully presented my evidence and discussed with you the facts as I recounted them in my letter of Dec. 14 and that this matter could have been resolved. I came to you as your seminarian who was falsely accused to provide you with my account of what had occurred, but I was turned away for the reason that you simply needed to respect the decision of the rector, untrue though it be. Your motto has become the theme of my prayer to capture how I have felt by this — ad quem ibimus [to whom shall I go]?

I have before me your letter of Jan. 11, 2019. Therein you inform me that you have decided to "resign" as a seminarian of the archdiocese, and not to heed the plan I proposed to you for the future. Thank you for advising me of your decision, which I accept. Given the timing of your correspondence, I consider your decision wise.

Gorgia's parents wrote a letter to Dolan a month later and received a similar hand-written response: "Thank you for your letter of Feb. 17, 2019, I've received today. I only read the opening paragraph, and no more, as the accusatory and uncharitable tone led me to discard the correspondence."

Gorgia and others say they spent about a year and a half following the proper chain of command in the Catholic Church to keep the matter within the Church, but have only received dismissive responses or none at all.

Gorgia's record is impeccable. Many professionals and people from his area have sung his praises to Church Militant.

One letter of recommendation from a psychologist to the NAC Board of Admissions in 2017 stated: "Mr. Anthony Gorgia has exceptional academic achievements and he has performed all of the requirements of formation life at the Cathedral Seminary Residence at Douglaston's Immaculate Conception Center, but his most outstanding attribute is that he is a young man possessing substantial humility."

The letter further spotlights Gorgia's record of service as a longtime parishioner at Our Lady Star of the Sea in Staten Island where Gorgia was "initially an altar server, and later a supervisor and coordinator for the altar server program."

He also served as a catechist, master of ceremonies, volunteer for coordinating the religious education program in public schools, member of the parish council, member of the Knights of Columbus and served in the Queen of Peace Nursing Home apostolate.

His physician, Dr. Theodore Strange, who has known Gorgia since the time he was an altar server at Our Lady Star of the Sea, confirmed the young man's record and as a medical professional lamented that the ordeal with the NAC and Cdl. Dolan "has taken a toll on [Gorgia] and his family."

Asked about homosexual cliques or a gay lobby at the NAC in a May 2019 interview, Harman said, "There's a lot of good men in this house and in seminaries, and if that were going on in a big way the men themselves wouldn't tolerate it."

"They would say, this isn't what we want," Harman continued. "They're pretty frank about things they notice that trouble them, so I just don't see that people are letting this go undetected or unreported."