WASHINGTON (ChurchMilitant.com) - The Department of Justice (DOJ) is still seeking to implement the president's executive order banning travel from unstable countries regardless of the opinion voiced by U.S. bishops. In related news, a panel of the 9th U.S. Circuit Court of Appeals skewered its own circuit's ruling blocking Trump's travel ban.

The DOJ issued a notice Friday saying it will appeal a Maryland federal judge's ruling that blocked President Donald Trump's revised executive order. This order bans travel from six terrorist countries, which are unable to properly vet their citizens.

After President Trump first attempted in January to impose a travel ban for the sake of national security, extraordinarily negative comments hailed from U.S. bishops. During a California rally in February, San Diego bishop Robert McElroy remarked, "President Trump was the candidate of disruption. He was the disrupter. Well now, we must all become disrupters."

At the same rally, Los Angeles archbishop José Gomez declared, "I do not like the harsh tone, the sense of indifference and cruelty that seems to be coming out of this new administration in Washington. ... A person is still a person even though he is without papers."

Syria President Bashar al-Assad was asked in February about the need of travel bans like President Trump's in order to keep terrorists from infiltrating a country. The reporter asked Assad, "Are some of these refugees in your view aligned with terrorists?"

The reporter then asked, "So how many terrorists do you believe are among the 4.8 million Syrian refugees?"

Bishops in the United States disregarded the stated intent of President Trump's original travel ban, which was "to protect the Nation from terrorist activities by foreign nationals admitted to the United States." Three days after the original executive order was issued on January 27, dissent from U.S. bishops was already being widely reported:

The leadership of the U.S. Conference of Catholic Bishops late Jan. 30 praised fellow prelates for "their witness" in speaking out against Trump's actions and "in defense of God's people," and called on "all the Catholic faithful to join us as we unite our voices with all who speak in defense of human dignity.

We must all become disrupters.

Curtailing immigration would cost the U.S. Conference of Catholic Bishops (USCCB) billions of dollars it receives from the U.S. government to resettle immigrants. In 2014, the USCCB received over $80 million for its migration fund alone.

The temporary travel ban issued January 27 was blocked by a federal district judge in Oregon and permanently derailed by a three-judge panel of the 9th U.S. Circuit Court of Appeals. The revised executive order issued March 6 was first blocked March 15 by U.S. District Judge Derrick Watson in Hawaii and again the following day by U.S. District Judge Theodore Chuang in Maryland.

The Trump administration chose to appeal the Maryland ruling, sending the case to the 4th U.S. Circuit Court of Appeals. An appeal of the decision by Hawaii's federal judge would've sent the case back to the 9th Circuit Court in California where it would most likely suffer the same fate as before from the panel of largely liberal judges.

Five 9th Circuit judges reviewing the initial 9th Circuit ruling blocking Trump's travel ban spoke out about the lack of jurisprudence displayed in the ruling. In a nonbinding opinion published March 15, the five-judge panel laid out in 29 pages the many errors committed by two of the three judges in the 9th Circuit, including:

claiming a consular officer must be deferred to more than the President of the United States; claiming First Amendment rights exist for foreigners when the Supreme Court twice ruled otherwise; the claim that people here could claim a constitutional right for someone else to travel here, a decision specifically rejected by the Supreme Court just a year ago.

In their published opinion, the five-judge panel expressed regret for not assembling all 12 judges and overturning the faulty decision of the three-judge panel that stopped Trump's travel ban:

I regret that we did not decide to reconsider this case en banc for the purpose of vacating the panel's opinion. We have an obligation to correct our own errors, particularly when those errors so confound Supreme Court and 9th Circuit precedent that neither we nor our district courts will know what law to apply in the future.

None of this seems to strike a chord with the U.S. bishops, however, who continue to beat the drum of dissent against restrictions on immigration while downplaying concerns over national security and rule of law. 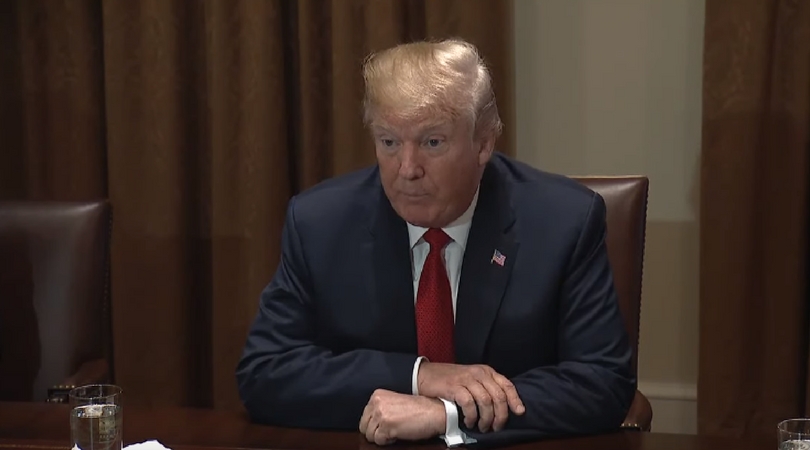