ALBUQUERQUE, N.M. (ChurchMilitant.com) - Pro-lifers are celebrating the end of a two-year stalemate over illegal activity by an abortion mill and the University of New Mexico.

The Center for Medical Progress' undercover videos have paved the way for exposing other illegal activity tied to the abortion cartel. Church Militant spoke with Tara Shaver, a pro-life advocate from Abortion Free New Mexico, who first complained about the alleged illegal activity she uncovered between the University of New Mexico (UNM) and an abortion mill in Albuquerque.

Shaver said, "These videos instantaneously brought to my mind the fact that on Curtis Boyd's 2012 consent form there was a line stating that: 'I understand that tissue and parts will be removed during the procedure, and I consent to their examination and their use in medical research and their disposal by the clinic and/or physician in the manner they deem appropriate.'"

"The Center for Medical Progress' investigations are really what opened the doors to this information coming out and prompting local activists like myself and others to dig deeper and demand answers," Shaver noted.

She said she sent the forms to her attorney for investigation, and they found combining the consent for the abortion procedure with the consent to use fetal tissue for medical research was illegal. "I filed a formal complaint with the New Mexico attorney general's (NMAG) office, asking for an investigation," Shaver said.

Balderas stated in April that his office would be taking further action. Several months later no actions were evident.

The corruption is deep, but it is being exposed because so many elected officials refuse to do what they were elected to do.

"While the NMAG has had ample amount of time to investigate and draw a conclusion, it probably is best to have the FBI investigate and take it beyond local politics," Shaver said, adding:

It has become so big that ignoring it only goes to show what we've been saying for years — that NM politicians are more concerned about pushing their own agenda instead of working for the people. The corruption is deep, but it is being exposed because so many elected officials refuse to do what they were elected to do, and we are holding them accountable.

Shaver credited U.S. Congressman Steve Pearce for his efforts to bring these issues to justice. In September, Pearce wrote a letter to U.S. Attorney General Jeff Sessions explaining the statute of limitations was expiring on many of the cases in the panel's report: "While the New Mexico Attorney General's office has stated that 'there is an ongoing investigation' on the actions between UNMHSC and SWWO, we fear the investigation is being stalled intentionally to allow the potential violations by these two entities to reach the statute of limitation."

Pearce formally requested a DOJ investigation and "that your office prosecutes, to the fullest extent of the law, any violations that are uncovered."

After receiving a reply from the DOJ on December 7, Pearce issued a statement on Monday thanking them for the FBI investigation of the findings from the Select Panel on Infant Lives. Pearce said, "I applaud the action taken by the U.S. DOJ to take up not only the criminal referrals that were sent to New Mexico but all 15 criminal referrals that were sent out but not acted upon" when the investigation was completed in January.

Pearce said, "After violations were unearthed between the University of New Mexico Health Center (UNMHC) and the Southwestern Women's Options, (SWWO) the N.M. Attorney General Hector Balderas took no action to hold those accountable. The state of New Mexico must stand for the rule of law."

The Select Investigative Panel on Infant Lives issued its final report on December 30, 2016. Spurred by the undercover videos made by the Center for Medial Progress documenting Planned Parenthood's alleged illegal sales of aborted baby parts, it addressed 15 other criminal activity complaints, including those made to Balderas.

This, however, lends itself to the use of aborted fetal remains for research under the guise of doing good while capitalizing on the purposeful extermination of human lives through abortion.

The Select Investigative Panel on Infant Lives found "the consent practices appeared to violate both federal and state law governing informed consent." The findings read, "It also found that the transfer of fetal tissue from SWWO and UNM for research purposes is a systematic violation of New Mexico's Spradling Act, under which tissue from aborted infants cannot be anatomical gifts."

The Panel also found, "While UNM may not have made direct payments to SWWO for the fetal tissue it received, UNM did provide the clinic a substantial value," and "this arrangement violates the intent and spirit of 42 U.S.C.," the law pertaining to prohibitions regarding human fetal tissue. The report went on to declare:

Additionally, SWWO made a statement to the Panel that it "does not participate 'in research, study or other work involving fetal tissue,'" which appears to be belied by both the internal and published documents that constitute evidence that the clinic and its personnel did, in fact, participate in fetal tissue research beyond supplying the tissue to UNM.

"The UNM is a research entity which receives a great deal of money to research and develop various vaccines, treatments and other endeavors," Shaver explained.

"This, however, lends itself to the use of aborted fetal remains for research under the guise of doing good while capitalizing on the purposeful extermination of human lives through abortion," Shaver said.

Church Militant reached out to Balderas' office, but he has not responded as of press time. 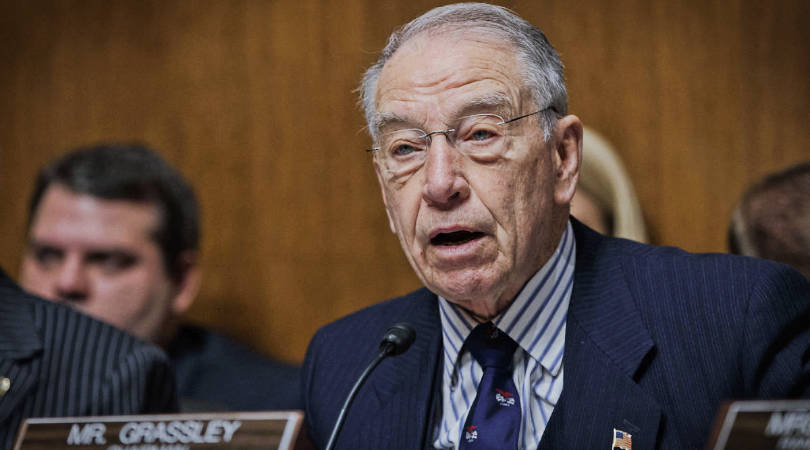