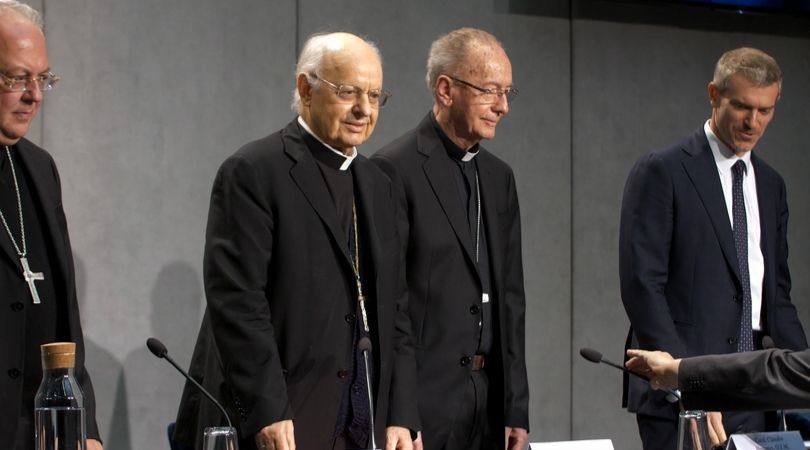 Ecology, indigenous spirituality, roles of women, environmentalism — all were brought up at today's Holy See press conference on the eve of the Amazon Synod.

Brazilian Cdl. Claudio Hummes, personally chosen by Pope Francis to lead the synod, summed up the controversial aspects, saying the Church "must listen to the cry of the earth and that of the poor."

Among those voices, he says, are those of Amazonian women, leaders in their communities, who wish to have a more institutionalized role in the Church — code language for women's ordination.

On clerical celibacy, General Secretary Cdl. Lorenzo Baldisseri said a serious look must be given to the possibility of allowing married men to minister as priests in remote regions of the Amazon.

Hummes circled back to interreligious dialogue, noting the diversity of religions in the Amazon and what he called the Church's duty to listen and dialogue with native populations.

Hummes insisted, however, that the working document is a "listening" document composed of the voices of 80,000 people in the Amazon region, stressing the purpose of the synod is "to listen to the voice of the people and of the earth."

In spite of severe criticisms from multiple bishops, today's press conference at the Holy See shows synod organizers doubling down, and underscores critics' fears that this synod is being used as an instrument to push revolution in the Church.