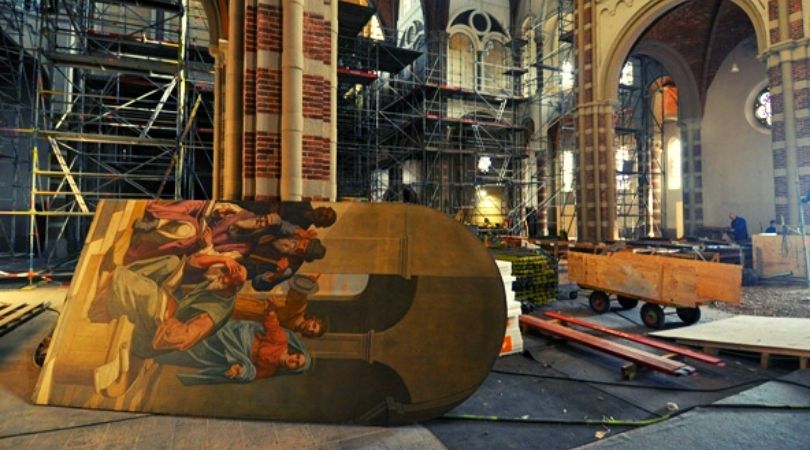 AMSTERDAM (ChurchMilitant.com) - The Church in the Netherlands is going through a transformation at best, and a decline at worst.

Since the social and sexual revolution of the 1960s, Church attendance and participation has been declining across the West. But as parishes consolidate in the Netherlands, parishioners are not responding as some have predicted.

The Dutch Catholic weekly publication Katholiek Nieuwsblad has concluded that villagers in the Dutch countryside, where churches are now closing at a rapid rate, would rather leave the Faith than go bother with registering at another parish.

Currently, Catholicism is the single largest religion of the Netherlands, with adherents making up 24% of the Dutch population in 2015 — down from 40% in the 1960s.

Young churchgoers' belief in the existence of God is higher than among older churchgoers.

According to the Church itself, formal membership was 22.4% of the Dutch population in 2016. But according to Hugo Bos, founder of Tradition, Family and Property affiliate Stichting Civitas Christiana, these numbers are deceiving.

Bos told Church Militant that though a majority of the nation is Catholic, "about 3% of the faithful attends Mass … and 1% a Word and Communion service. Of the 153,000 going to Mass, the majority is old or very old. Much more than half of them will no longer be around in say 10 or 20 years (if not five)."

Paul van Geest, professor of Church History and History of Theology at Tilburg University, argues that this doesn't mean the Catholic Church in the Netherlands is on the cusp of failure. Van Geest suggests Christianity has always taken on new forms.

"I strongly disagree with this [idea]. The Catholic Church in the Netherlands is on its last legs," said Bos. "Van Geest points out that 'Christianity always takes on new forms.' There is not a different form of Christianity arising, but people replace Christianity by all kinds of 'spirituality,' like Yoga, meditation and so on."

According to the Dutch research institute KASKI, the number of people who call themselves Catholic has fallen by 20% in the last 15 years alone, while the number of churchgoers at weekend services has dropped by 60%, and the number of parishes by 55%. About one in five Dutch people (3.7 million) still see themselves as Catholic; however, less than 5% of them (153,800 people) regularly attend Mass.

Bos also cited an irony, uncovered in a recent study of Dutch Catholics: Young churchgoers' belief in the existence of God is higher than among older churchgoers.

"Nearly half of churchgoers between the ages of 17 and 30 describe themselves as 'very religious.' By way of comparison: 20 years ago, only one in five in that age group described themselves this way," said Bos. "To statements like 'the Bible is the word of God,' 'there is an afterlife,' 'the devil exists' and 'there is Heaven and Hell,' the children of baby boomers increasingly answer yes."