Apostolic Vicar of Arabia: Muslim Strength Due to Christian Weakness

ABU DABI (Churchmilitant.com) - A prominent bishop based in the Middle East says the rise of Muslims in Europe is not due to the strength of Islam but the weakness of Christianity.

Bishop Paul Hinder, apostolic vicar of Southern Arabia in the United Arab Emirates, recently published a book written in German detailing his experiences in the Islamic theocracy. The bishop, who has been working with Muslims for more than 10 years, writes, "The problem is not the strength of Islam but rather the weakness of Christianity in Europe."

In a Church Militant exclusive interview with Fr. Gandolf, a representative of the Apostolic Vicariate of Southern Arabia, he said, "I think the Westerners should learn more about Islam and also have a critical look at the poor way Christianity is lived and witnessed in the so-called Christian countries."

Prior to the major influx of migrants this past year, the Pew Research Center projected that from 2015–2050 Christians in Europe will decrease by 17 percent and Muslims will increase by more than 60 percent.

The Catholic Church in Germany alone has hemorrhaged 181,925 Germans in 2015 while the same year adding 1.5 million asylum seekers, most of whom are Muslim.

The 84-year-old Hinder, speaking of Europe, said, "This Christian heritage is not set in stone once and for all: It could disappear."

These comments come in light of multiple conservative news outlets reporting that George Soros is using money to mobilize Muslim migrants as a way to further chaos in Christian Europe and gain power from the instability.

Last week DCLeaks, an American hacker group, released more than 2,500 files from Soros' groups, most notably the Open Society Foundation (OSF). One document from OSF reads, "IMI [International Migration Initiative] has had to be selective and opportunistic, particularly at the global level, in supporting leaders in the field to push thinking on migration and better coordinate advocacy and reform efforts."

On the World Day of Migrants and Refugees 2016, Pope Francis commented, "The presence of migrants and refugees seriously challenges the various societies which accept them."

Father Gandolf told ChurchMilitant.com that Catholics in Europe should take note of the Church in the United Arab Emirates. "We live with some restrictions but we also enjoy great freedoms such as hospital visits in religious dress at any time for prayer, confession, anointing. We are by no means a desert weed that can barely exist but a rather vibrant church." 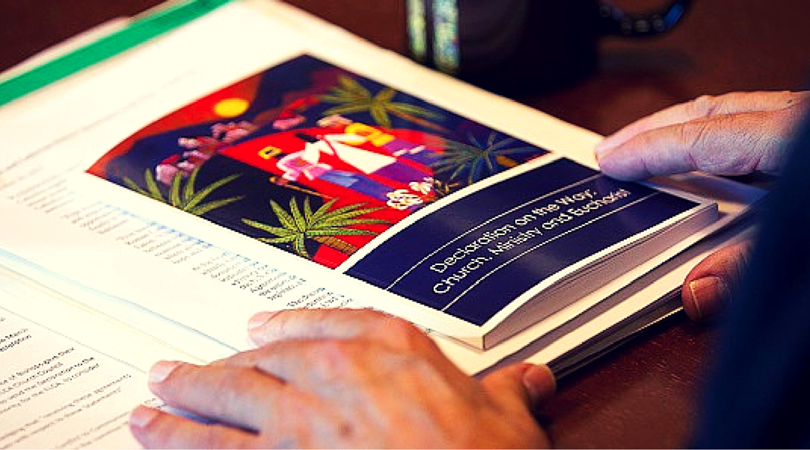 Watch
The Download—‘Declaration on the Way,’ a National Embarrassment
By Church Militant   •   0