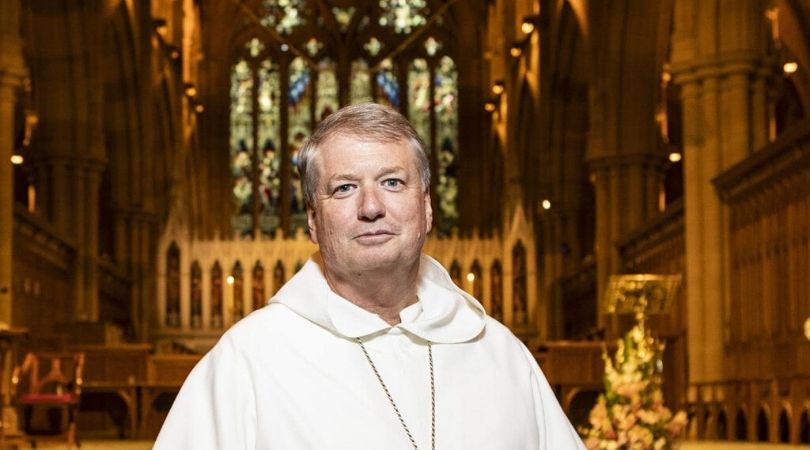 The government on Monday raised the 10-person church limit to 50 persons after Fisher spoke out and launched a petition that garnered 20,000 signatures in just two days. Fisher noted in his pastoral letter on May 29 that it took a push from the Church to get the government to do the right thing.

"It is with great joy that we learnt today that the New South Wales government has agreed to relax the restrictions on churches and worship, to bring them into line with like venues and activities," wrote Fisher. "This is a just and common-sense outcome, but it took some negotiating, and I thank all those who joined our campaign for it."

Fisher had launched a petition two days earlier that asked for "equal treatment" of churches. The archbishop also spoke out on May 28, noting the disparity in pandemic-related restrictions between secular and religious groups in NSW that defied common sense.

"People of faith have to already sign in to visit a church and provide contact details, which we are adhering to, but patrons to a cafe do not," commented Fisher. "Why is a place of worship being treated differently?"

Fisher was campaigning last week against social distancing rules slated by NSW government to take effect on June 1. Before being mitigated on May 29, the rules in NSW allowed 50 people to dine in restaurants, pubs and cafes but only 10 people to attend indoor church services.

"We have a ridiculous situation where a restaurant with a dimension of 200 square meters can now have 50 people for hours on end, while St Mary's Cathedral, which is more than 10 times larger, is only allowed 10 people," Fischer remarked.

The archbishop's petition, originally directed toward NSW Premier Gladys Berejiklian, said Catholics in the state needed the freedom to have their spiritual needs met.

The petition reads, "The closure of churches has had a devastating effect on Catholics and others who turn to prayer particularly in difficult times."

This is a just and common-sense outcome.

The petition was not asking for "special treatment" of worshipers but only for "equal treatment." It also asked NSW to stop treating religion as nonessential.

"Contrary to what has been said throughout this pandemic, we do not consider church attendance to be nonessential; indeed, nothing is more essential than the practice of our faith," stated the petition.

A similar victory for religious freedom in the United States was won by the five bishops of Minnesota. They were battling Minnesota's Democratic governor Tim Walz, who was unfairly restricting public worship. After drafting their open letter on May 20, Walz backed down and relaxed restrictions on churchgoers.

"The new executive order removes that unreasonable burden on the Church and allows us to bring the Eucharist, the food of everlasting life, to our community," wrote Hebda.

After winning a victory for Catholics in the Australian state of NSW, Fisher has now turned his attention to aiding Catholics in the rest of Australia. His petition has since been retooled to include "premiers and chief ministers." It urges them to allow all of Australia's Catholics "to practice our faith freely and fairly."

The archbishop is again urging Catholics to sign the updated petition that seeks to liberate all of Australia's churchgoers from oppressive Wuhan virus restrictions.

"Other parts of Australia have not yet achieved parity between churches and other venues, and so you might still like to sign up to our revised petition," urged Fisher.