Erdoğan Triumphs as Putin Stabs His Best Ally in the Back

Russia president Vladimir Putin has been making some astonishing demands, including:

Yet, incredibly, Putin has been enabling a NATO member's aggression bordering Russia.

Each of the following facts proves this:

Since the end of the war, Putin and the CSTO (Azerbaijan isn't a member) have shamelessly humiliated their Armenian ally. For instance, Russia is permitting Azeri troops — unquestionably at Turkey's urging — to invade southern Armenia, seize highways, kill civilians and attack Armenia's diminished military. Notice that Russia and the CSTO continue to rebuff Yerevan's legitimate requests for assistance.

President Putin has been making some astonishing demands.

In contrast, in January, Putin promptly dispatched CSTO troops into member Kazakhstan to subdue violent protests. Moreover, NATO never signed a formal agreement barring eastward expansion. Therefore, despite the Kremlin's contention, NATO isn't legally required to bar Ukraine's membership. Russia and the CSTO are, however, legally required to adhere to their signed, formal defense pacts with Armenia — but aren't doing so. Russia obviously has a double standard when it comes to standing by its defense agreements

Russia dislikes democratic leaders. They're harder to arm-twist and bribe. True, Pashinyan has been somewhat friendlier to Western nations than Armenia's earlier leaders. Yet, post-independence (since 1991), Yerevan has maintained excellent political and economic relations with the European Union, the United States and NATO. In 2005, America built one of its largest embassies in the world under president Robert Kocharyan, a Putin favorite.

Regardless, Putin hated Pashinyan, barely spoke to him and never gave him a chance.

European–Armenian relations go back thousands of years. A strong United States–Armenian friendship dates to the 19th century. This is natural for an ancient Christian nation speaking an Indo-European tongue. Armenia has, nevertheless, allied itself with Russia for historical reasons and as security against genocidal Turkey and Azerbaijan. A more reliable Russian ally doesn't exist.

Yerevan and Pashinyan certainly made mistakes before and during the war. But Putin's angry betrayal of Armenians has been undeserved and irrational.

Pashinyan never oriented Yerevan away from Moscow — he couldn't.

Russia supplies nearly all its ally's gas, oil and weapons; controls much of its energy infrastructure (including the Metsamor nuclear power plant); and has two military bases in Armenia. The Kremlin's imperialist attitude towards small allies is this: "You wouldn't exist if not for Russia, so be eternally grateful. Otherwise, we'll punish you even if it severely damages Russia."

Indeed, due to Putin's grudge war against the Armenians, Turkey and NATO are now embedded deeper than ever in Azerbaijan and the Caucasus — militarily, politically and economically. Plus, Russia's foremost ally, Armenia, is lost. This is clearly not in Russia's interests.

And the neocon U.S. State Department and NATO know that. They're not upset about the outcome of the 2020 war. That's why their condemnations of Turkish and Azerbaijani aggression have been generally low-key.

True, Russia may now have more control over Armenia and has deployed 2,000 troops in Artsakh. But Russia could have gotten these things without the war. Instead, the Kremlin chose anger and war over sound judgment.

Moscow prefers to bully and betray its best ally.

But no, Moscow prefers to bully and betray its best ally. Is Armenia really an important ally?

The Turkish/NATO Threat to Russia

Were Armenia to somehow exit Moscow's camp, Turkey and NATO would rapidly displace Russia from the Caucasus. After all, Azerbaijan, a Western source for gas and oil, has long sided with Turkey — not Russia. And Georgia is supported by the West, links Turkey and Azerbaijan, and is, in effect, a NATO candidate. Since Azerbaijan has a long shoreline along the Caspian Sea, the latter would become a NATO/Turkic lake.

Moreover, Kazakhstan, Turkmenistan and Turkey's pan-Turkic aspirations lie just across the Caspian. Russia would face a future grimmer than the problematic one NATO in Europe poses.

For example, Russia has lost most of Eastern Europe to NATO. Despite territorial gains in Ukraine and Georgia, Moscow may eventually lose them (and Belarus) unless it invades some or all of them, which is possible but risky. Central Asia looks shaky due to Turkish, Western and Chinese inroads.

Without allies in the Black Sea, Russia worries about NATO exercises such as Sea Breeze 2021.

Turkey poses other problems for Russia. Over Putin's protests, for instance, Turkey sells Bayraktars and other weapons to Ukraine. Ankara demands that Crimea be returned to Kyiv. President Erdoğan has threatened Russia with a Muslim uprising and declared that Turkey is ascendant in Central Asia. Russia still can't oust Turkey from Syria. Influenced by Russia's Eurasianist theorist Aleksandr Dugin, Putin thinks he's luring Turkey away from NATO. Erdoğan is unlikely to fall for that trap.

Suppose Yerevan could escape the Russian bear's grip. Joining NATO would not guarantee its security. Turkey, which has murderous plans for Armenia, would vastly outweigh it. Turkey threatens Greece, Cyprus and others, invades whichever countries it pleases and supports ISIS and other international terrorists — while the United States, NATO and Europe look the other way.

Kowtowing to Turkey for 100+ years has destroyed the West's credibility. The Caucasus' future is hard to predict, but some major things — unlikely as they seem now — could reshape the region in the medium and long terms.

To create a permanent Caucasus base, Russia may strong-arm Armenia into the Russian Federation and even, perhaps, make it Russia itself. Russia, enchanted by Eurasianism, could sell Armenia to Turkey and Azerbaijan in pursuit of a Russo–Turko alliance.

Russia may strong-arm Armenia into the Russian Federation.

At great political cost, Russia could shut down the entire NATO/Turkish eastward adventure by invading and occupying Georgia and Ukraine.

As for Armenia, it must maneuver between the region's competing powers — as it has for 3,000 years.

David Boyajian's primary foreign policy focus is the Caucasus. His work can be found at http://www.armeniapedia.org/wiki/David_Boyajian.
--- Campaign 32075 --- 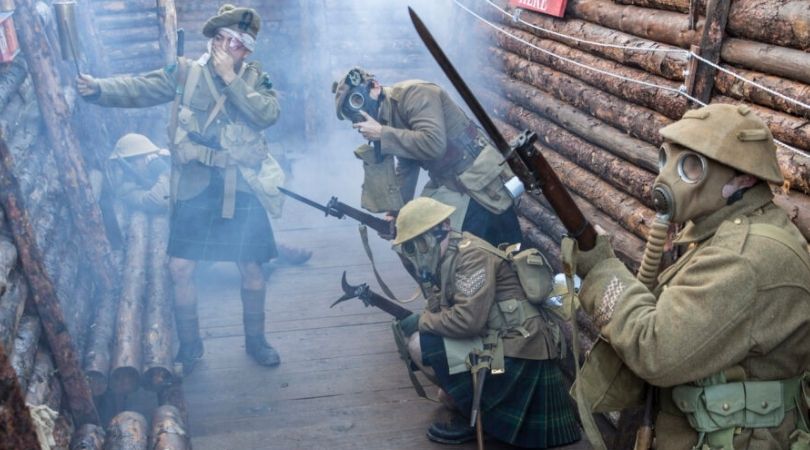