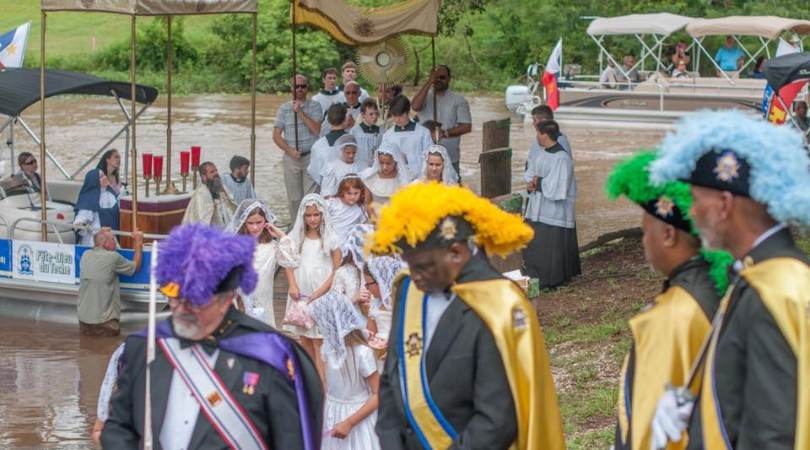 Honoring persecuted Catholics and their God

LAFAYETTE, La. (ChurchMilitant.com) - The religious community in the diocese of Lafayette is sponsoring a eucharistic boat procession to honor Christ in the Blessed Sacrament and highlight their rich Catholic heritage dating back more than 250 years.

As Americans are losing their faith in the Eucharist, the Community of Jesus Crucified (CJC) is taking Christ out to the people Thursday on the Feast of the Assumption. The fifth annual event, called Fete-Dieu du Teche, will involve an estimated 50 boats spanning nearly one mile. The boats will traverse 38 miles of waterway called the Bayou Teche outside the city of Lafayette.

"Such public manifestations of the Faith have a tremendous value of evangelizing and of bringing about conversions in the public square," affirmed Champagne. "We have certainly witnessed many people convert with 200 to 300 confessions at every boat procession as well as numerous Protestants becoming Catholic and others taking their faith more seriously."

Champagne recalled their community obtained permission from the diocese to organize the first procession five years ago to honor their oldest parish, St. Martin of Tours in St. Martinville, Louisiana.

"It was such a spiritual success," remarked Champagne, "that I requested of the bishop to allow me to do it annually, which he agreed."

The event has gained widespread media attention. In televised coverage, Champagne explains the roles of the various boats involved in the procession:

The unique event will begin with Lafayette's Bp. Douglas Deshotel offering Mass at St. Leo the Great in Leonville, Louisiana. Champagne said those without boats can still attend the procession that attracts thousands.

For those who are unable to participate by boat, all are invited to join for Mass at St. Leo the Great in Leonville at 8 am and then to drive and gather at any of the planned stops along the banks behind the various churches along Bayou Teche. Priests will be available at each stop for Confessions.

A main reason for using boats, said Champagne, is to honor the Catholic heritage of the early French settlers known as Acadians. These French Catholics were exiled from Nova Scotia some 250 years ago and settled in southern Louisiana, which became known as Acadiana. The Acadians traveled by water from Nova Scotia with priests, religious, laity, the Blessed Sacrament and a statue of Mary's Assumption, emphasized Champagne.

Champagne explains why it's so important to honor the early Acadian settlers.

"The Acadians came down," recounts Champagne. "They were persecuted for their faith. [They] came down, found a refuge here and really brought the Faith, brought culture here to Louisiana. We don't want to forget that. If we forget it, we lose it and we'd be very poor without our faith."

It was beautiful to see an entire town coming together for prayer.

Last year's procession, recalls Champagne, was attended by some 3,000 people. He said the event has gained national attention with people coming to attend from all parts of the United States. He likens the event to a "religious festival."

Father Jeremy Zipple, S.J., traveled from New York to produce a documentary on the event in 2017 and described the experience.

"I found the whole thing incredibly moving," recounts Zipple. "It was beautiful to see an entire town coming together for prayer. It's a sense of communal identity we just don't see much anymore in the Western world."

Champagne told Church Militant that the procession really moves older Catholics, who remember such processions from when they were children.

"Many of our older Catholics of the area remember big processions in the streets," he said. "They come out and are moved to tears at the sight."

The eucharistic procession is a re-enactment, he said, of how the early settlers with their priests and religious came to the area and founded St. Martin of Tours parish:

What we are doing on the bayou is actually really a reenactment, if you will, of the arrival of the French settlers from Canada when they were persecuted for their faith by the English. Probably two-thirds of them were killed the other third made their way down the bayous of Louisiana. Many of them ended up settling in the Atakapas region, St. Martinsville, where we have our oldest church parish in 1765.

Champagne said they are still looking to register more boats in the procession, which can be done here. The event can be followed on Facebook here. 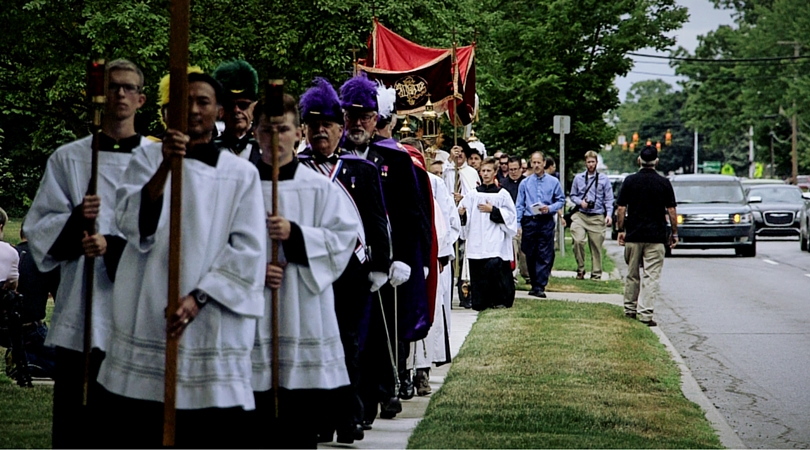 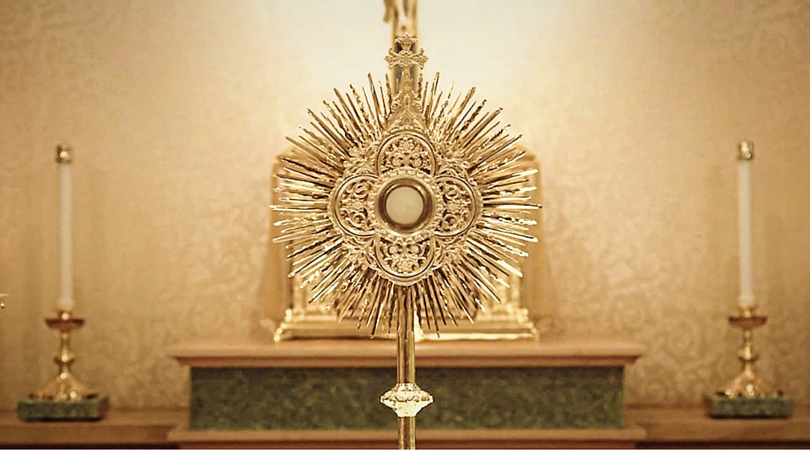 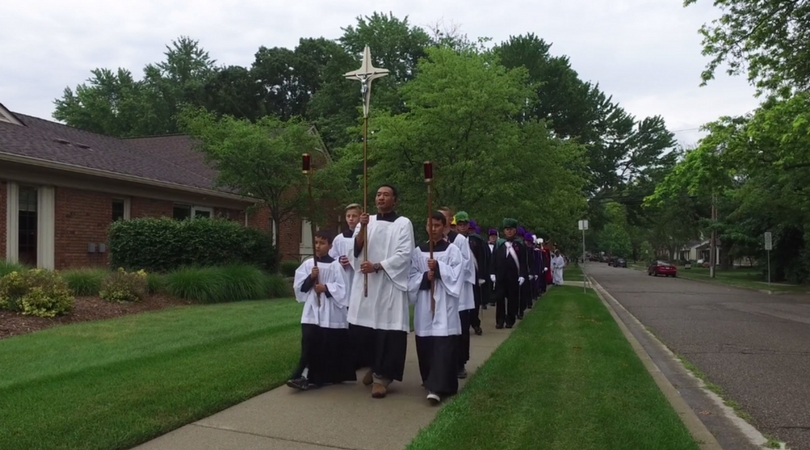