Eucharistic Miracles: Signs of God’s Mercy for the Journey 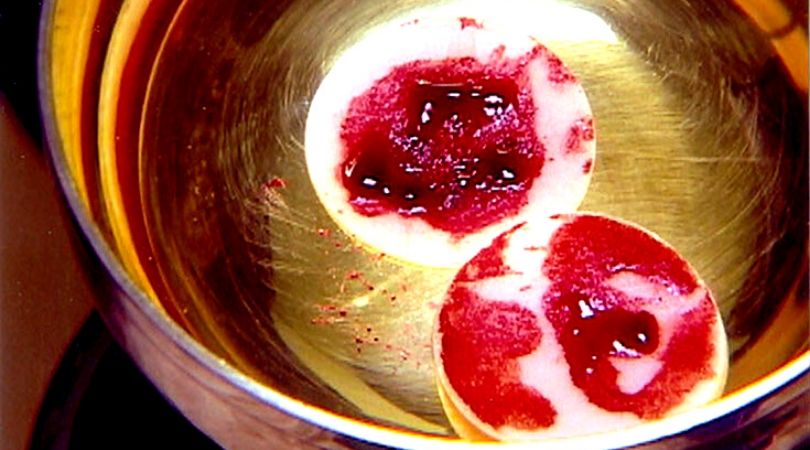 People have been visiting the city of Santarém, Portugal for over 700 years to witness a miracle.

Eucharistic miracles occur every day in Catholic churches, when the substance of bread is converted into the Body, Blood, Soul and Divinity of Jesus Christ, while the accidents, or properties, remain the same. In other words, what it "is" becomes Jesus, but what it looks like, feels like, tastes like, etc. remains like bread. Jesus performed this miracle at the Passover meal of His Last Supper and ordained and empowered His apostles and their successors to do the same in His name.

Nevertheless, God also allows special miracles when some of the accidents change along with the substance. Transubstantiation at every Mass is a supernatural miracle, but when the appearance of the bread also changes it is commonly known as a "eucharistic miracle."

There have been roughly 108 documented cases of these kinds of miracles around the world. Some are recurring.

The miracle in Santarém has been astounding pilgrims for more than seven centuries. Its origin is unique, springing from the nefarious envy of a jealous wife and her dabbling into the occult.

On Feb. 16, 1266 a young woman, convinced that her husband did not love her, went to a sorceress in hopes of making a love potion. Realizing on some level the truth of transubstantiation, the sorceress instructed her to obtain a consecrated Host from a Catholic Church. So the young woman attended Mass at the Church of St. Stephen and received Communion, but did not consume the Host. Instead, she hid it in a veil and left the church.

It was not long after this that the Host began to bleed. Frightened by what she saw, she headed home and hid the Host in a wooden trunk in her bedroom. That night brilliant rays of light came forth from it, penetrating the wood and illuminating the entire room. She was forced to tell her husband everything. The next day she brought the bleeding Host to the parish priest, who enshrined it in a reliquary. The Host bled for three consecutive days.

After the first investigation and approval by Church authorities, this Church of St. Stephen was renamed "The Church of the Holy Miracle." Every year since, on the second Sunday of April, the precious relic is processed from the home of the couple to the Church. In 1684 the couple's home became a chapel.

Over the centuries the Host has appeared like fresh bloody tissue, at times drying up and hardening. Canonical investigations were undertaken in 1340 and 1612, and on both occasions the miracle was found to be authentic. Solidified blood from this miracle is now kept in a glass vial in a reliquary at the Shrine in Santarém above the main altar.

Perhaps the most popular eucharistic miracle in Church history is the bleeding flesh of the miracle of Lanciano. One day in the eighth century, in a town renamed after the lance that pierced the side of Jesus from which blood and water flowed to save the world, an ordained monk plagued by doubts about the Real Presence of Jesus in the Eucharist was celebrating Mass.

When he pronounced the words of consecration, the Host miraculously changed into flesh and the wine into blood. The monk was awestruck. Weeping, he regained his composure and called his congregation around the altar. Those who witnessed it spread the news of the miracle to the surrounding area. Shortly afterward, the blood coagulated into five globules, and it appeared to be human flesh and blood.

The most thorough scientific study of the phenomenon occurred in 1970–71. Dr. Odoardo Linoli, professor of anatomy and pathological histology, chemistry and clinical microscopy was assisted by Dr. Ruggero Bertelli, professor emeritus of human anatomy at the University of Siena.

Their analyses were performed in accord with scientific standards, were documented, and independently corroborated. In 1981, using more advanced medical technology, Dr. Linoli conducted a second histological study, which not only confirmed the findings but also gathered new information.

Major findings include that the flesh, yellow-brown in color, has the structure of the myocardium (heart wall) and the endocardium, the membrane of fibrous-elastic tissue lining all the cardiac cavities. These have the same appearance as in the human heart.

No traces of preservatives were found in the elements. The blood was also of human origin, and was the very rare type AB — the same blood type found in the Shroud of Turin. Professor Linoli asserted that the blood, if taken from a cadaver, would have deteriorated rapidly. But these samples that had the same properties as fresh human flesh and blood were centuries old, free of preservatives, and were never hermetically sealed in the reliquaries.

It was not long after this that the Host began to bleed.

A similar, more recent eucharistic miracle occurred in Legnica, Poland on Christmas in 2014. A consecrated Host fell to the floor. After being picked up and placed in a container, it began to bleed. Scientists found it was human heart-like muscle tissue from a "distressed" man, perhaps one suffering on a cross. This too has been scientifically verified and corroborated.

Like doubting Thomas (John 20:27), at times a special miracle of flesh and blood can be helpful to reinvigorate the faith of God's people in their Eucharistic Lord. Catholics recognize these special miracles as signs of mercy from Heaven for that salvific purpose. 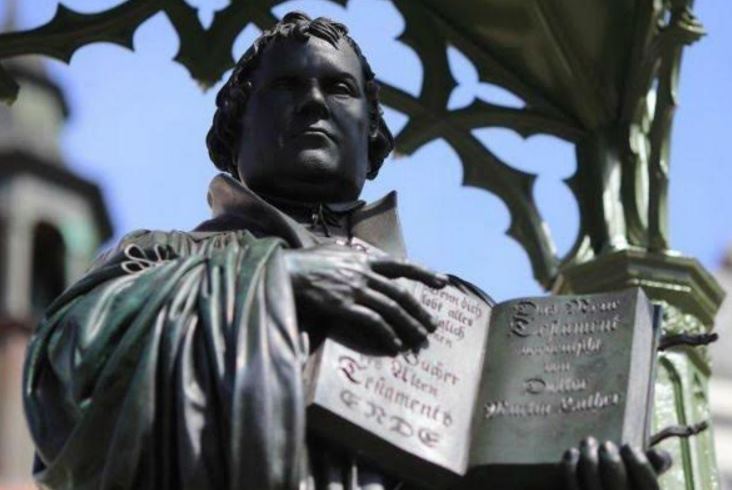 Watch
What Do Lutherans Believe About the Eucharist?
By Simon Rafe   •   0