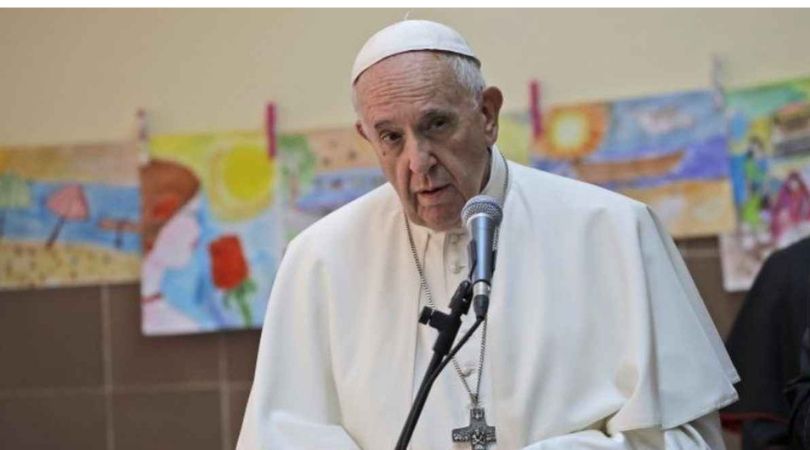 Pope: It's not just about migrants

Populist parties are celebrating major victories in this weekend's European Parliament elections but Pope Francis is pushing back against their quest for national sovereignty.

Patriotic parties in France, Italy, Poland, Hungary and the United Kingdom are reveling in the groundswell that is sweeping into power candidates who are uniting against the European Union's attempts to control economic, moral and migration policies within each nation's sovereign borders.

Globalists like Guy Verhofstadt, leader of the Alliance of Liberals and Democrats in Europe (ALDE), are clear in their desire to take away national sovereignty in order to build Europe into an empire.

Verhofstadt told CNN on May 21, "The world is developing into one not of nation states, but of empires. China is an empire. India is an empire. The U.S. is an empire. We need to create a European Union that is capable of defending our interests."

On Monday, following the landmark European Parliament elections, Pope Francis used his message for the World Day of Migrants and Refugees to push back against the populist movement:

The signs of meanness we see around us heighten our fear of 'the other,' the unknown, the marginalized, the foreigner. It is not just about them, but about all of us, and about the present and future of the human family. The problem is when they condition our way of thinking and acting to the point of making us intolerant, closed and perhaps even — without realizing it — racist. Today's world is increasingly becoming more elitist and cruel towards the excluded.

During his address that mentions migrants more than 20 times, the Pope admits, "It is not just about migrants."

The populist movement would agree that forced migration is but one problem with a loss of national sovereignty. Other issues include the EU trying to dictate policies affecting more than just local economies and morality. An example of the latter was an LGBT demonstration in Gdansk, Poland on Saturday before the elections. Political scientist Marcin Palade said he believes the anti-moral march pushed conservative Polish voters to reject the globalist push for lowering moral standards.

"We are dealing with a direct attack on the family and children … the sexualization of children, that entire LGBT movement, gender," said Kaczyński at a conference leading up to the European Parliament's elections.

"These ideologies, philosophies, all of this is imported, these are not internal Polish mechanisms," added Kaczyński. "They are a threat to Polish identity, to our nation, to its existence and thus to the Polish state."

Pope Francis, however, is warning against the populist movement with its emphasis on national sovereignty.

"The most economically advanced societies are witnessing a growing trend towards extreme individualism which, combined with a utilitarian mentality and reinforced by the media, is producing a 'globalization of indifference,'" said the Pope during his Monday address.

Watch the panel discuss the populist movement sweeping Europe in The Download—Trouncing Globalists.